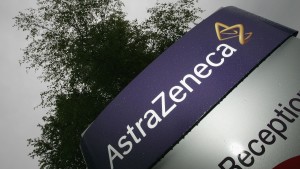 European countries are hitting 'pause' on the AstraZeneca vaccine.

Since the UK approved the shot in December, the AstraZeneca vaccine – created with the University of Oxford – has been given to more than 17 million people in the EU and UK. The two-dose shot has proven to be 82% effective against the original coronavirus variant. But since last week, about a dozen European countries have delayed or temporarily suspended their use of the vaccine. Yesterday, Germany, France, Italy, and Spain said 'yeah, we'll pause too.'

There are concerns that the AstraZeneca vaccine could be tied to reports of blood clots. Out of the more than 17 million vaccinations, there have been 37 reported blood clots in the legs or lungs. And one reported death in Denmark. AstraZeneca is urging calm and says the rate of blood clots in this population is "much lower" than what would happen in the general population. The World Health Organization and European regulators agree there's no link between the shot and the reports – but are meeting today to discuss. Meanwhile, health experts worry that pausing vaccinations could have adverse effects. Especially for countries that have seen a sluggish rollout.

Is AstraZeneca in the US?

Not yet. America's still reviewing trial data but could approve the two-shot vaccine as soon as next month. Meaning, the possibility of having four vaccine options is – just like spring – around the corner. And it's certainly feeling like it: the TSA said it has screened over 1 million passengers every day since late last week. But US health officials are warning Americans not to spring break like it's 2019. CDC Director Dr. Rochelle Walensky said people shouldn't let their guard down – no matter how tempting the sun and warmth might be – "for the sake of our nation's health."

AstraZeneca is one of four shots in the EU that are helping combat the pandemic there. And now several countries are putting a part of their vaccine campaign on halt as they look into the shot's potential side effects.

Pope Francis. Yesterday, a Vatican statement approved by the pope called same-sex unions a "sin" and said the church "does not and cannot bless" them. The move disheartened LGBTQ+ advocates who'd took note of the pope's more welcoming messages in the past, including saying that gay people "have the right to be in a family. They are children of God." But the Vatican said those comments were taken out of context. Now, the pope's doubling down on the Vatican's long-held position that same-sex unions "cannot be recognized." But the Vatican still says LGBTQ+ people should be treated with "respect and sensitivity." And that gay people as individuals could continue to be blessed by the church.

Where people are showing support…

Australia. Yesterday, tens of thousands of people across the country protested against sexual violence, harassment, and gender inequality. This came after a wave of sexual assault allegations involving politicians surfaced. Earlier this month, Australia's attorney general revealed he's being investigated in a 1988 rape allegation. He's denied the allegation. And last month, a former staffer for the Liberal Party said a man raped her in a minister's office in 2019. Since then, four more women have come forward with similar allegations against the unnamed man. Now, protesters in the country are calling for justice and change.

Who's updating their résumé…

Deb Haaland. Yesterday, the Senate confirmed the New Mexico rep as a member of President Biden's Cabinet. Haaland, who was confirmed as the secretary of the interior, is the first Native American to lead a Cabinet agency. Now Haaland – who's shown opposition to drilling on federal lands and fracking – could take steps to protect the country's public lands. And will be tasked with helping the Biden admin combat climate change and fostering relationships between the gov and Native American tribes. Haaland said she understands the historic impact of her confirmation and hopes it will be "an inspiration for Americans."

Where climate experts are keeping a close eye…

China. Yesterday, Beijing got hit with the worst sandstorm in 10 years, causing hundreds of flight cancellations and reported school closures. China has long dealt with high levels of pollution – mainly from its coal-powered plants and manufacturing. But a storm that developed in a Mongolian desert moved in, raising the air quality index to 999 at one point (compared to an average of about 80 last year). The EPA says anything below 100 is "acceptable." Now, many are saying 'hello, it's climate change.'

When you need a reminder that women are ballers…