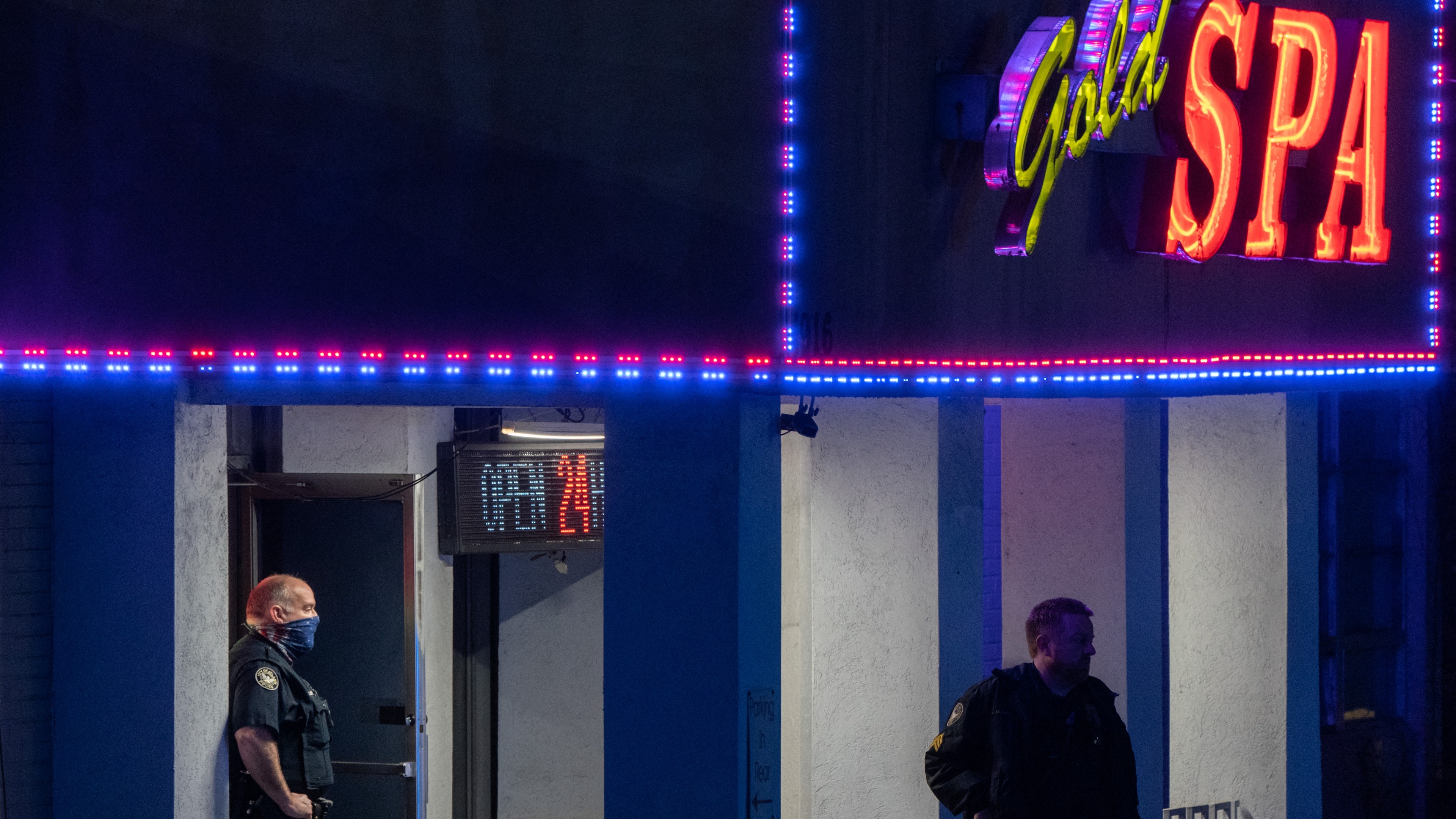 There's been another deadly shooting event in the US.

Georgia. Yesterday, attacks at three separate massage parlors in or near Atlanta left at least eight people dead – six of them women of Asian descent. Police have arrested a man – suspected in all three shootings – and are still investigating the motive. But the attacks are sending shockwaves throughout the Asian American community and beyond.

Since the start of the pandemic, there have been nearly 3,800 hate-related incidents against Asian Americans reported – the vast majority targeting women. One report found that in many major US cities (like New York, Los Angeles, San Francisco, and Boston) anti-Asian hate crimes rose nearly 150% last year. Many attribute the rise to former President Trump's rhetoric about the virus – including his use of xenophobic language.

Georgia Gov. Brian Kemp (R) – who is staunchly pro-gun rights – called the attacks "horrific acts of violence" and said his "entire family is praying for the victims." President Biden has yet to comment – but had already directed agencies to investigate anti-Asian discrimination. Stop AAPI Hate – formed during the pandemic to track and respond to anti-Asian violence – called the latest attacks in Georgia "an unspeakable tragedy." And the NYPD and Seattle PD are expanding their police presence in Asian communities.

There's still much we don't know about yesterday's attacks. But what we do know is exacerbating the very real fear Asian Americans are feeling around the country. And it's not what America should look like.

Immigration. Yesterday, Homeland Security Secretary Alejandro Mayorkas said the number of migrants at the Southwest border could reach levels not seen in 20 years. It comes as the Biden admin's been facing criticism over reports of children going hungry, sleeping on the floor, and being held longer than legally allowed at overcrowded facilities. Now, Mayorkas is saying the border situation isn't easing up. And added that the US is "working around the clock to manage" what's happening by sending FEMA in to help, creating shelters in Arizona and Texas, and finding sponsors or relatives to house migrant children.

People's bank accounts. Today, many Americans are expected to receive their government stimulus check. Last week, the gov approved checks of up to $1,400 to Americans making under $75K. Now, that money should hit the bank accounts of those who have direct deposit info with the Internal Revenue Service (and filed their 2020 or 2019 tax returns). But today's 'pay day' could delay nearly 7 million people's tax returns, since the IRS has a lot on its plate (of gold).

Psst...don't forget the MVPs of tax season: deductions and credits.

Who's making moves outside the court...

LeBron James. The NBA superstar has become a partner of Fenway Sports Group (FSG), making him part-owner of the Boston Red Sox, Liverpool Football Club, and Roush Fenway Racing. Once the deal's approved, James – who's opened a school and won a Sports Emmy – and his longtime business partner will become the first Black partners in FSG history. Slam dunk.

The Oakland A's have discovered bitcoin.

While Demi Lovato is opening up...

So is Elliot Page.