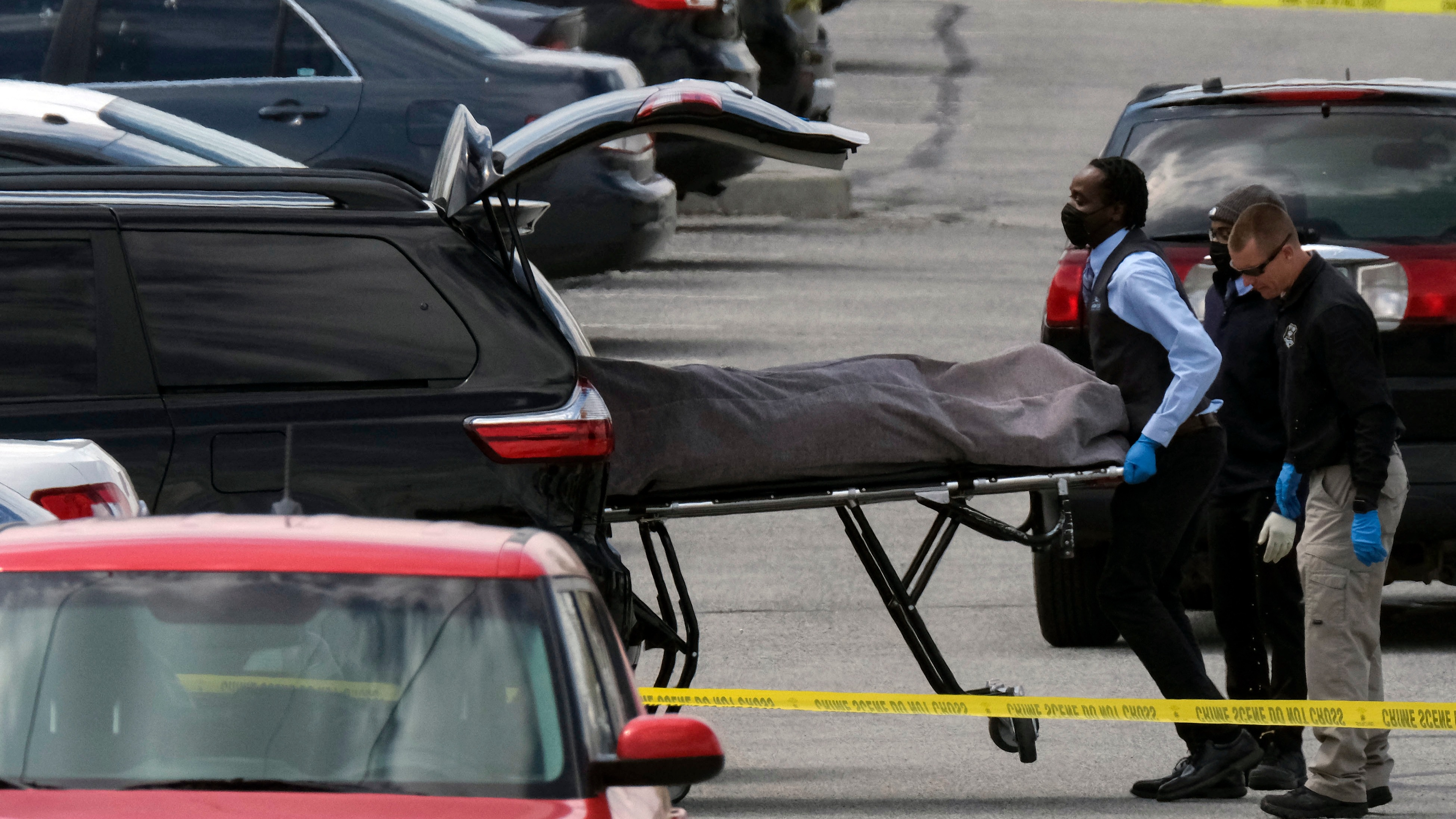 There've been at least 50 mass shootings since the deadly attacks in Georgia.

About a month ago, three shootings in the Atlanta area claimed eight lives and left America shaken. Since then, the death toll from shootings has only continued to rise. On Saturday, a drive-by attack at a vigil in Columbus, Ohio, killed a 39-year-old woman and injured five others. Yesterday, a shooting killed three people at a bar and injured three others in Kenosha, Wisconsin. And in Austin, Texas, police are searching for a suspect after three people died in a "domestic situation." These shootings came days after an attack at a FedEx facility in Indianapolis, Indiana, claimed eight lives.

I heard about that.

On Thursday night, a 19-year-old gunman opened fire at the FedEx warehouse when many were having a dinner break. Authorities say the victims ranged in ages 19 to 74. At least half were members of the Sikh community. Police are still investigating a motive. But Sikh leaders say they can't help but feel targeted – not just because the FedEx facility employed a large number of Sikhs, but also given that the community's faced a "pattern of violence, bigotry, and backlash." They're calling on authorities to look into the shooter's potential bias. It's not the only thing that police will be investigating.

On Friday, it came out that the suspect was known to the FBI. They'd interviewed him and police seized his shotgun last year after his mom warned he was a threat to himself and the public. But the gunman still legally bought two assault rifles a few months later, which he used in this attack. Now, investigators are looking into how he was able to do so. Meanwhile, President Biden's refraining from any additional executive actions. And is instead calling on Congress to pass stronger legislation on background checks in order to curb the country's gun violence "epidemic."

The US outpaces other developed countries in violent gun deaths. And there's no sign the government is taking sweeping action to change that anytime soon.

Where tensions are rising...

Minnesota. On Friday, protests broke out over the police shooting death of Daunte Wright. Last week, a white officer shot and killed the 20-year-old Black man during a traffic stop in Brooklyn Center, Minnesota. Police said she meant to use a Taser rather than a gun. About 500 people gathered to remember Wright and call for justice, but things turned violent. Protesters threw objects at police and tried to push through police station fencing. Officers showed up with batons and arrested 136 people. A freelance photographer said he was pepper sprayed and hit in the face. Journalists were some of those detained while others were reportedly put on their stomachs. And were only released after police took photos of them and their press credentials. Now, Gov. Tim Walz (D) said he met with the media and police to find a "better path forward."

What's on the Biden admin's mind…

Immigration. Last week, the Biden admin announced it would maintain former President Trump's cap on refugees who can come to the US (15,000 people). The move shocked many since President Biden had said he'd raise the cap to 125,000 people in his first year in office. Progressives pushed back on the 15,000 number, calling it "completely and utterly unacceptable." And on the same day, the Biden admin reversed its stance and said it would have an update by May 15.

Climate change. Over the weekend, the US and China – the biggest carbon polluters in the world – agreed to work together to curb the effects of climate change. This comes days before Biden is set to host a virtual summit to address it. In a joint statement, the two countries said they're "committed to cooperating with each other." Including by finalizing how they'll reach net-zero emissions and help finance green energy. But while China's pledged to be carbon-neutral by 2060, environmentalists are calling on the two countries to do more.

Where there seems to be a shift…

Cuba. Last week, Raúl Castro said he is stepping down as the head of the Communist Party. He said he's "fulfilled his mission" and is leaving the country to a younger generation of leadership. It'll be the first time a Castro hasn't ruled in over 60 years, when his brother Fidel took over during the revolution. Castro didn't endorse a replacement, but has hinted at a strong relationship with Miguel Díaz-Canel, who replaced him as president in 2018. It's not clear what this means for the future of the Communist Party, whose policies have led to a mass exodus.

Who's telling the adults 'whoa, we're halfway there'...

The CDC. Yesterday, it announced that half of US adults have now received at least one COVID-19 vaccine shot.

Who's quite the entertainer...

Luke Bryan. Psst: we caught up with the country star recently. Check out our interview here.

Who's skateboarding to new heights…