Daily Skimm: SCOTUS Abortion Case, President Biden Calls for a Cease-Fire, and The NYC Marathon Is Back 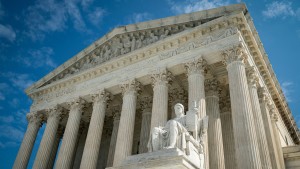 The Supremes will be taking up an abortion rights case.

Since 1973, the landmark ruling in Roe v Wade has given women in the US the constitutional right to an abortion. While it's faced major legal challenges over the years, courts have continued to uphold the ruling. But abortion has remained a sensitive and divisive issue. And now, opponents could have a shot at drastically changing Roe v Wade.

It's been decades since the Supreme Court was solidly conservative. Former President Trump made overturning Roe v Wade a priority when he appointed three justices who have shifted the court to the right. And over the past few years, a number of states (like Alabama, Kentucky, and Ohio) have passed restrictive abortion laws, hoping challenges would make their way up to the Supreme Court. Now, Mississippi's got picked.

In 2018, the state's Republican governor signed a law banning abortions after 15 weeks of pregnancy (except if the mother's life is at risk or for fetal abnormalities). No exceptions for rape or incest. But Mississippi's only abortion clinic said 'you can't do that.' A federal judge and an appeals court agreed, stating Roe v Wade established a woman's right to an abortion before fetal viability (think: around 24 weeks). Now, the Supremes will take up the case in their next term, which starts in October. And will likely make a decision in spring or summer of 2022.

Mississippi's attorney general has argued that the law is constitutional and preserves "the dignity and sanctity of life." Anti-abortion advocates applauded SCOTUS's move, calling it an opportunity to "protect unborn children." But abortion rights supporters say it's a "threat to reproductive rights." And that many states could outlaw legal access to the procedure if the Supremes dismantle Roe v Wade.

Abortion opponents have waited a long time for a chance for the Supreme Court to overturn Roe v Wade. Now, the bench could make a decision that may drastically impact nearly 50 years of abortion rights rulings.

President Biden. Yesterday, the White House called for a cease-fire between Israel and Hamas for the first time. The recent violence started in part as a result of Israeli attempts to evict six Palestinian families, and has continued for the last nine days. More than 200 people – including dozens of children – have died. The US (Israel's top ally) has mostly stayed quiet on the issue. Now Biden is calling for a cease-fire between the two, but supports Israel's "right to defend itself against indiscriminate rocket attacks."

What's thinking of the children…

Child tax credit payments. The Biden admin says about 39 million families will start getting money from the IRS on July 15. It's part of the $1.9 trillion COVID-19 relief plan Congress passed in March, allowing parents to get either monthly payments or a lump-sum tax refund for having kids under 18. The details: Between July and December, families who qualify can get $300/month for every child under six and $250/month for every child six and older. They'll either get it through direct deposit, a debit card, or check. The Biden admin says this could help lift millions of children out of poverty.

AT&T. Yesterday, the telecom giant announced it's combining its WarnerMedia unit with Discovery to create a new company for a whopping $43 billion. They'll be merging their streaming services and cable networks in the hopes of competing with platforms like Netflix and Disney+. Now, it's up to regulators to approve the deal.

What's singing 'another one bites the Musk'...

Bitcoin. Yesterday, it fell to a three-month low as Tesla CEO Elon Musk's rocky relationship with bitcoin continues to play out on Twitter. The drop comes as an FTC report suggests that the buzz around cryptocurrencies is leading to an increase in investment scams. Buyer beware.

Who's dusting off their running shoes...