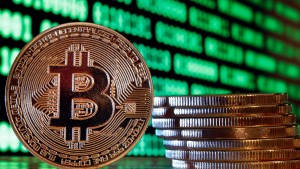 Iran's cracking down on crypto.

For months now, the country's been plunged in the dark as daily power outages often lasted more than six hours. The likely culprit? Bitcoin mining. Reminder: Bitcoin's a digital currency that you can buy...or mine for. Mining is when high-powered computers crunch through really intense math problems (much harder than AP Calc) in order to get rewarded with bitcoin. And it's not great for the planet. Like Elon Musk's reminded us, mining leaves a major carbon footprint since it uses a bit-ton of energy (no really, it's as much as Sweden uses in a whole year). And Iran's taken up the side hustle – even becoming one of the top 10 mining countries in the world. Now, the gov wants it to end.

Earlier this week, Tehran put a four-month ban on crypto mining, especially the illegal kind – which the gov says is nearly 85% of all mining in the country. Illegal mining ops use between six and seven times more power than licensed crypto mining facilities. Cue massive blackouts. But US sanctions against Iran are depriving the country of hard cash, driving demand for cryptocurrencies. One analysis found bitcoin mining allows the country to earn hundreds of millions of dollars in crypto-assets, which can be used to buy imported goods. So, some are seeing the opportunity to cash in with mining. Electricity in Iran is also highly subsidized and cheap, making mining all the more appealing. Now, Iran is coming down hard on illegal (and legal) miners in hopes it can help relieve its power grids from the pressure.

It's unclear. Legal and illegal mining reportedly uses less than 10% of the country's electricity production. And some analysts aren't too sure that bitcoin mining ops are solely at fault for the power outages. Some – including President Hassan Rouhani – have pointed to the country's recent severe drought's effect on the hydroelectric power system. Others also apparently blame ongoing gas shortages. And miners are not ready to let things go. Iranian officials were reportedly met with gunfire last week when they tried to close down an operation.

Bitcoin has earned a reputation as the hottest cryptocurrency on the market. Now, it's also getting a reputation for its energy-intensive process that can cause blackouts, harm the environment, and even make its way to the black market. Not such an itty bit-coiny problem after all.

Psst…if you're new to all things crypto, here are the answers to some of your FAQs.

France. Yesterday, President Emmanuel Macron recognized the country's "overwhelming responsibility" in the Rwandan genocide and asked survivors for forgiveness. In 1994, Hutu extremists carried out a 100-day genocide, killing more than 800,000 people – mainly ethnic minority Tutsis. For years Rwanda's accused France of being complicit as an ally of the Hutu-led government. Now, after a French inquiry, Macron acknowledged that France ignored warnings of the massacre...but he fell short of issuing an apology. Rwandan President Paul Kagame said Macron's statement was "more valuable than an apology" because it was "the truth." And sees it as a big step towards easing the countries' tense relationship.

Canada. Yesterday, Prime Minister Justin Trudeau apologized for the country's internment of Italian Canadians during WWII. In 1940, Canada detained over 600 people of Italian descent amid allegations they were part of fascist groups. And declared about 31,000 other Italian Canadians "enemy aliens." Now, Trudeau's officially acknowledging the "pain and hardship" the gov caused and said 'sorry' to the approximately 1.6 million Italian Canadians living there. Some Italian Canadians reportedly say they wish the apology had come sooner for relatives who suffered the real hardship but are no longer alive.

Manuel Ellis. Yesterday, the Washington state attorney general filed charges against three Tacoma police officers in the death of the 33-year-old Black man. On March 3, 2020 – weeks before George Floyd's murder – officers tried to arrest Ellis. Police claimed Ellis got into a physical altercation with them. But witnesses said the police knocked Ellis to the ground without reason. Videos captured the incident and showed Ellis repeatedly saying, "I can't breathe." The medical examiner determined Ellis's cause of death was from lack of oxygen from physical restraint and ruled his death a homicide. Five officers were put on leave pending an investigation. Now, the state AG stepped in, charging two officers with murder and a third with manslaughter. It's the first time the state AG has criminally charged police officers for unlawful use of deadly force. And while Ellis's family called the charges a "blessing," they also said there's more work that needs to be done. The Tacoma Police Union called the charges a "politically motivated witch hunt."

Microsoft. Yesterday, the company announced that Russian group Nobelium hacked an email marketing account used by at least 150 gov agencies (including some US ones), think tanks, and NGOs. Cyberattacks aren't slowing down. In April, the US sanctioned Russia for hacking into several US gov agencies. In this new attack, hackers were able to send out emails that looked legit to over 3,000 accounts that regularly connect with the US Agency for International Development. And these emails gave hackers access to the recipient's computer and data. The attack targeted at least 24 countries. USAID is now reportedly working with the FBI to "understand the extent" of the damage.

GOP lawmakers. Yesterday, they released their counteroffer to President Biden's infrastructure plan. At first, Biden wanted more than $2 trillion. But the two sides have been negotiating over the price tag, with GOP lawmakers wanting America's renovation on the cheap. Now, GOP lawmakers are saying 'the price is right' to $928 billion. They want infrastructure spending to cover roads, airports, and pipes, but not some of the other things on Biden's wish list, like social programs and educational funding. Democrats had set an end-of-May deadline to decide whether a bipartisan deal could be reached. Or they'd try to pass a bill on their own. Now, the White House is saying 'let's keep talking' and may extend talks a few more days to see if it's possible to...wait for it...bridge the gap.

Naomi Osaka. Earlier this week, the tennis star said she won't be speaking at the mandatory press conferences during the French Open because of the effects it has on her mental health – something she claims the media has "no regard" for.

Who's trying to land the number one spot...