Daily Skimm: Bibi's Out, the G7, and Wasabi 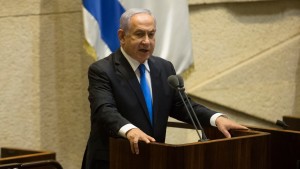 To Be or Not to Bibi

PM Benjamin Netanyahu (aka Bibi) has been at the helm of Israel's gov since 2009, guiding the country through an economic boom as well as political turmoil. In that time, the right-wing leader approved Jewish settlements in the West Bank and declared Israel the nation-state of the Jewish people. He set up formal diplomatic relations with Bahrain, Sudan, Morocco, and the UAE. And led one of the most successful vaccination campaigns against COVID-19 worldwide. Supporters say Bibi put Israel on the world stage. Critics say he weakened Israel's democracy.

After four elections in two years, Bibi's clearing out his desk. During the latest election in March, Netanyahu's party fell short of the 61 seats needed to rule parliament. Then, he failed to piece together a coalition gov. So far-right leader Naftali Bennett and centrist Yair Lapid teamed up to give it a shot. And pulled it off. Yesterday, after a narrowly-passed vote of confidence, Bennett was sworn in as Israel's new PM. As agreed upon, Lapid will put on the PM hat in two years. But Netanyahu's not moving on just yet.

He'll still remain leader of the largest party – now the opposition party – in Israel's parliament. In that capacity, he says he hopes to keep the pressure up and ultimately "bring down this dangerous government" to get back in the driver's seat. Meanwhile, Bennett's now in charge of the most diverse ruling coalition in the country's history – including an independent Arab party for the first time ever. It comes after heightened Israeli-Palestinian tensions in the most recent deadly conflict.

Benjamin Netanyahu will go down in history as Israel's longest-serving PM. His exit leaves a vacuum. Now, all eyes are on whether the next government has what it takes to make its own lasting mark on Israel's future.

The G7 summit. Yesterday, leaders from some of the world's wealthiest nations wrapped up their three-day meeting in England. Every year (minus 2020), reps from seven countries (Canada, France, Germany, Italy, Japan, the UK, and the US) gather round and set goals to tackle the world's problems. And there are lots of them, including:

What's got people talking on the Hill...

This DOJ watchdog investigation. After reports that the Trump-era DOJ subpoenaed Apple to get info on some House Intelligence Committee members, people said 'that's fishy.' Now, we're finding out that Apple secretly handed over the data of at least 12 people in connection to the committee. And that the Trump admin also seized the phone records of journalists at major news outlets like The New York Times, CNN, and The Washington Post. Now, the DOJ's internal watchdog is now looking into it.

Antitrust legislation. Last week, House lawmakers proposed five bipartisan bills to keep Silicon Valley in check. It follows a 16-month investigation into Big Tech's alleged monopoly practices (hi, Apple, Amazon, Facebook, and Google). Now, proposed changes would switch up how these companies go about their business. Think: steer how Apple manages its app store, split up Amazon's dominance as an online retailer, and stop Facebook and Google from buying up their competition. Big Tech has yet to respond. But smaller tech companies say they've abused their privilege. The bills – which have some bipartisan support – mark the biggest push to revise monopoly laws in decades.

The Pulitzer committee. On Friday, it announced the cream of the crop in journalism. And rewarded various reporters for their work on things like the coronavirus pandemic and social justice. But the standout winner: Darnella Frazier – the teen who recorded George Floyd's murder which helped bring his killer, Derek Chauvin, to trial.

The French Open. Over the weekend, unseeded Barbora Krejcikova and Novak Djokovic won the women's and men's singles titles, respectively. Krejcikova served up a second victory too, winning the doubles portion of the tournament with Katerina Siniakova. As for Djokovic, he rallied from two sets down to pull off a W. Now, he's got his 19th Grand Slam title. Smash hits.