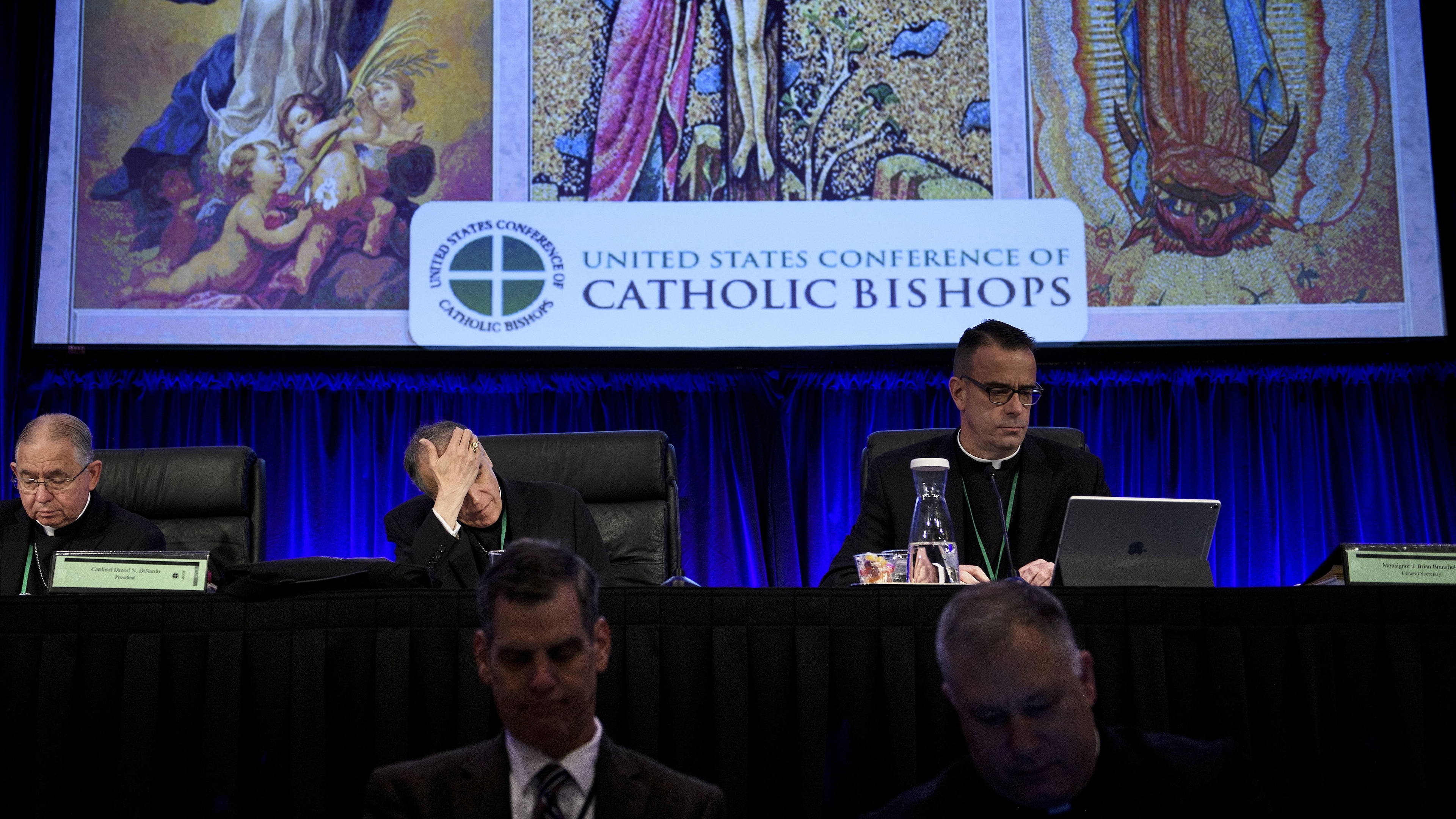 State of the Communion

Catholic bishops in the US are taking a closer look at who can receive Communion.

Communion is one of the most sacred rituals in Christianity. It's when those who follow and practice the church's guidelines go up to the altar during Mass to receive the body of Christ (a wafer) and the blood of Christ (wine). But the US Conference of Catholic Bishops (USCCB) thinks some Catholics don't deserve it...like those who support abortion rights. Throughout its history, Roman Catholic teaching has consistently condemned abortion. And bishops are reminding everyone of the church's stance – even politicians.

Last week, the USCCB voted overwhelmingly (168-55) to draft guidance that would deny Communion to politicians who openly support abortion rights. That includes President Biden, the US's second Catholic president (behind JFK). Biden has stood behind federal funding for abortion and supports Roe v Wade. The USCCB is looking to draft up a document on the meaning of Communion, leaving the decision to limit the sacrament up to bishops and archbishops. But the draft's still got a ways to go to be implemented. Think: it needs unanimous support from the USCCB or approval from two-thirds of the bishops plus an OK from the Vatican – neither of which seems likely.

Pope Francis has remained silent on the matter. The Vatican's top doctrine official had even sent the USCCB a letter, asking the conference to think twice about the decision – and for the bishops to sync among themselves and Catholic politicians before making a move. Many in the church say adopting the change could turn the Catholic ritual into a political weapon, creating serious partisan divisions among members. Some Democrats are pointing out the discrepancy between the USCCB's tough stance on abortion but not on other things like child sexual abuse. But US bishops have said the fight against abortion is a priority. And that it's their responsibility to clear up confusion. Some – like Cardinal Raymond Burke – have even said withholding Communion isn't enough. And that politicians who publicly support abortion should be excommunicated.

A majority of people who identify as Catholic support legalized abortion. This latest push by US bishops seems designed to crack down on that trend. But in so doing, they may risk further alienating younger members.

Who's updating their résumé…

Ebrahim Raisi. Over the weekend, the top judge won Iran's presidential election by a landslide. It was the lowest voter turnout in decades – with many Iranians believing the election was already rigged in Raisi's favor. Raisi, a conservative, served as a prosecutor and was mentored and endorsed by Iran's Supreme Leader Ayatollah Ali Khamenei. He's also been accused of participating in the execution of thousands of political prisoners in the '80s. The US sanctioned him for it in 2019, citing human rights violations. And Amnesty International is still looking to investigate him for crimes against humanity. But Raisi got a warm welcome from current President Hassan Rouhani and Syrian President Bashar al-Assad, among others. He will step into his new role in August.

Colorado. On Saturday, Gov. Jared Polis (D) signed three gun reform bills into law. Here's what they'll do: expand background checks, set up a dedicated office for gun violence prevention, and allow cities to establish stricter gun regulations than the states'. The move comes as Colorado's experienced several mass shootings in the past – most recently at a grocery store in Boulder, where 10 people were killed. Colorado's gun laws already allow people to carry guns into businesses as long as they're in "plain view." Now, Democrats say the new laws created will help keep Colorado safe. Gun rights advocates see it as another attack on their Second Amendment rights.

Claudette. Over the weekend, the tropical depression hit the southeastern US – causing flash flooding, tornadoes, and strong winds. 13 people, including at least nine children, died in Alabama. Claudette regained its tropical storm status as it approaches North Carolina.

Who's being remembered for being the bestest boy…