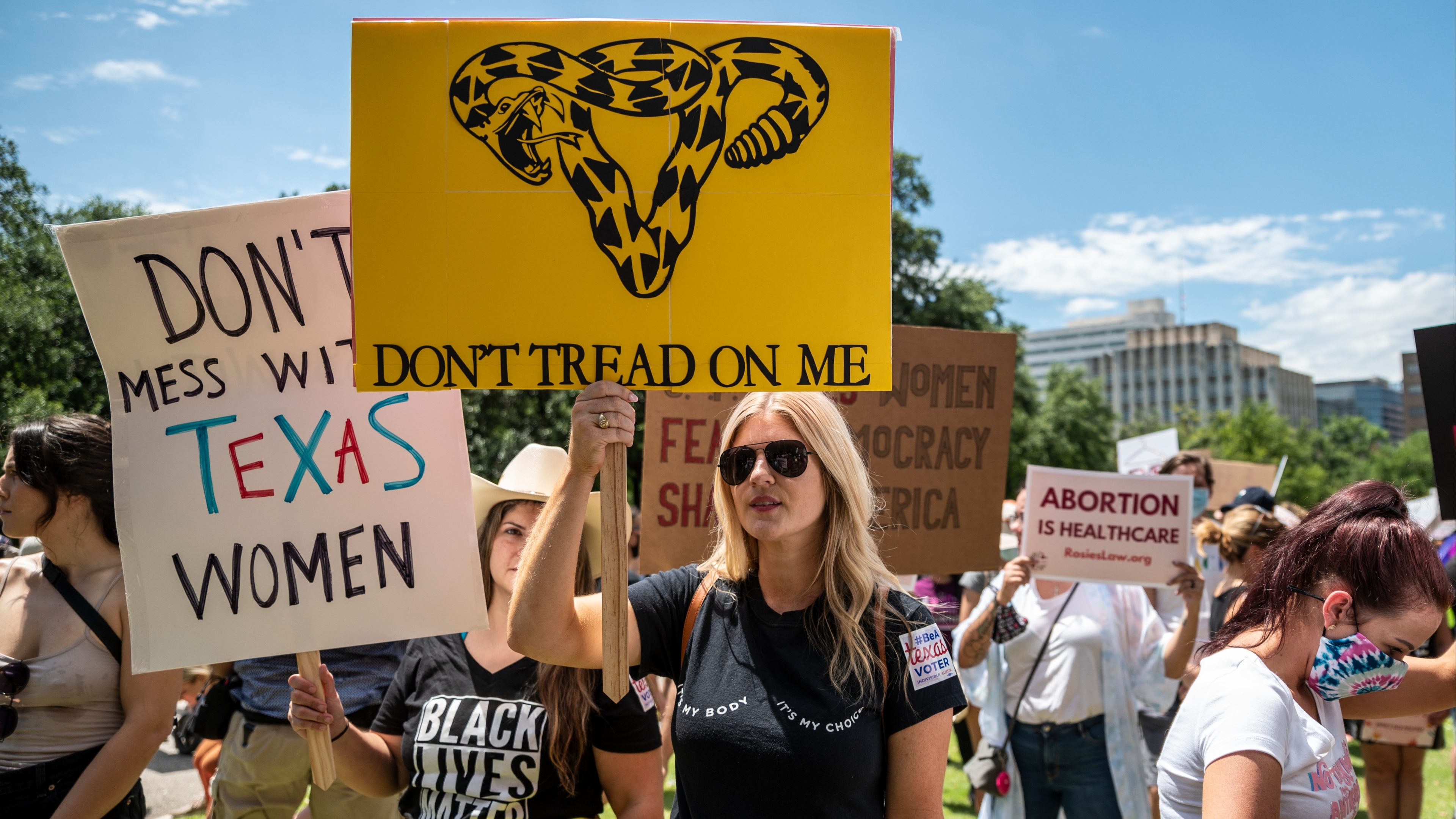 In May, Gov. Greg Abbott (R) signed a bill banning abortions after a fetal heartbeat is detected – as early as six weeks. (Note: Many women don’t even know they’re pregnant at this point.) Also, there are no exceptions for cases of rape or incest. The law, which took effect at midnight, is one of the most restrictive abortion laws in the country. And while a number of red states have passed similar bills in recent years, Texas is doing things differently.

It’s giving private citizens – not state officials – the power to enforce the abortion ban. Meaning: people can sue abortion providers, friends, and family members who they believe violated the law or helped someone get an abortion (think: by providing financial assistance or driving someone to a clinic). And they can get a prize of at least $10,000 if they’re successful.

Abortion advocates fought for weeks to challenge the measure. They say the law will lead to endless lawsuits and force clinics to shut down – Planned Parenthood clinics have already stopped scheduling some appointments. In a last-minute effort, abortion advocates asked the Supreme Court to block the law from taking effect, calling it “unconstitutional” and a "full-scale assault" on patients seeking abortions. But SCOTUS didn't weigh in by the midnight deadline.

The law stays in place. And any appeals or legal challenges could be even more difficult. Typically, state attorneys general and regulatory boards are defendants in abortion rights suits. But with the onus on regular people to 'snitch,' it'll be harder for abortion providers or clinics to figure out who they can sue to overturn it.

Abortion providers say the law will "immediately and catastrophically" reduce abortion access in the state for 85% of patients – forcing many to go out of state, carry unwanted pregnancies, or resort to unsafe abortions. They also say it'll primarily affect low-income communities. Pro-life advocates called the legislation a “phenomenal victory.” And reportedly said they’re ready to sue anyone and anything that breaks it. Texas Right to Life launched a tip line so people can blow the whistle on those who aren’t following the law. But Twitter users are banding together and filling the site with spam to delegitimize it.

For years, anti-abortion groups have worked to chip away at Roe v Wade. And have been waiting on a case that would give the Supreme Court – which has a conservative majority – grounds to overturn it. Now, Texas could be giving other states a new redprint to achieving their goal of taking away a woman's right to choose.

Why else Texas is on the map...

Voting rights. Yesterday, the state legislature passed a sweeping voting bill after months of delay. Democrats have tried to block the passage – even fleeing to DC in July, prompting Republicans to threaten their arrest. But it wasn’t enough to stop the Republican-controlled legislature from moving forward with the bill. Now, it's headed to Gov. Greg Abbott’s (R) desk, who's poised to sign it. Once he does, the state will ban drive-through polling and 24-hour voting, limit mail-in voting, and more. And the Lone Star State isn't the only one to tighten its election laws ahead of next year's midterms.

Afghanistan. Yesterday, President Biden gave his first national address since the end of America's longest war. He doubled down on his decision to pull US troops out of Afghanistan, and said he did so "to save American lives." But remained silent on what the Taliban's relationship with the US will look like going forward – now that the group controls the country again. The Taliban already knows they’ve got to revamp their image, especially if they want diplomatic and economic support from the rest of the world. But the group has a long road ahead. This week, the UN expressed “grave concern” over the situation there, saying that 18 million people need humanitarian assistance ASAP. Add that to the fact that most of Afghanistan’s foreign assets are frozen and the local currency is losing value.

Where concerns are growing...

Lake Tahoe. Thousands of people have evacuated from the area in Northern California as the Caldor Fire continues to burn. The fire’s been raging since Aug 14, and has spread because of high winds and dry conditions. It has burned over 191,000 acres and is only 16% contained, forcing California's and Nevada's governors to declare states of emergency on Monday. Plus, the USDA Forest Service is closing all CA national forests through at least Sept 17 because of wildfire danger.

The European Union. Yesterday, it announced that 70% of adults in its 27 member countries have been fully vaxxed against COVID-19 – making it one of the leaders in the global vaccination effort. A boost in vax rates has helped many EU countries relax pandemic restrictions (except when it comes to unvaxxed Americans). But there are still wide gaps among nations. More than 80% of adults in Denmark, Belgium, and Portugal are fully vaxxed. But countries like Romania and Bulgaria have only vaccinated less than half their populations.

Who has football on the mind…

Who got a pink slip…