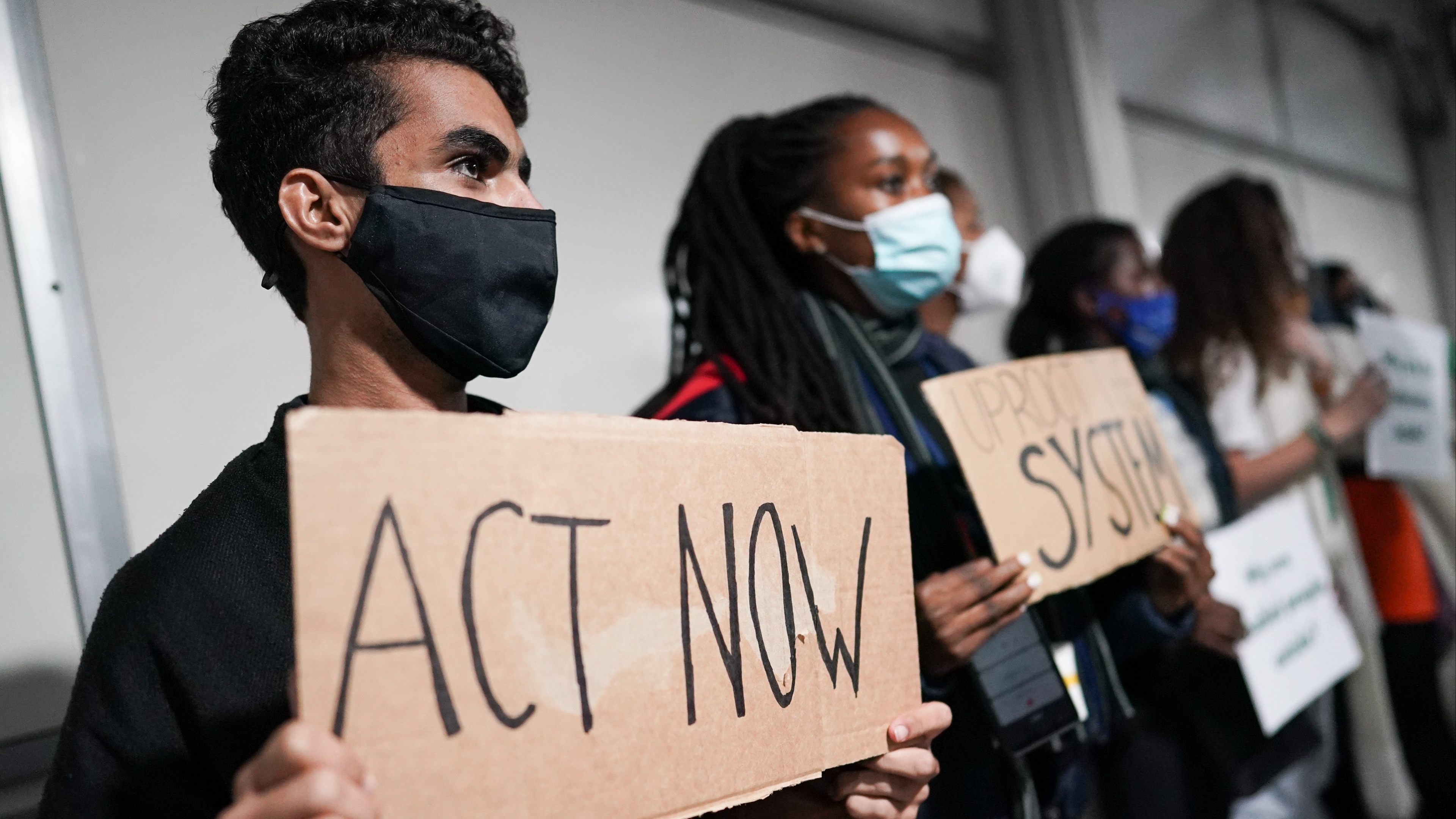 Action on climate change is hanging in the balance.

Today marks the 12th and final day of COP26. It’s the annual climate conference in which leaders from around the world meet up with one goal in mind: prevent a worldwide climate catastrophe. So far at this year’s session, over 100 leaders have pledged to stop deforestation. More than 80 reps have promised to cut methane emissions by 30%. Both within the next decade. Over 40 countries have promised to phase out coal use. India wants to go net-zero by 2070. And the US and China – the two largest CO2 emitters – have agreed to work together on going green for the planet’s sake.

But it's far from enough. At the end of the conference, countries typically sign a deal on how they're collectively going to combat climate change. Negotiators are still hashing out the details and released a second draft early this morning. It uses softer language on commitments to cut the use of coal and fossil fuels. And "requests" nations come back with stronger climate targets by the end of next year. It also pushed developed countries to follow through on giving poorer nations $100 billion per year to combat climate change. But the clock’s ticking on reps to put pen to paper. And show the world it has been listening to climate change warnings.

The UN wants govs to “pick up the pace” on negotiations ‘cause the deadline’s today. Greta Thunberg has already called the conference a “failure,” saying the world needs to drastically cut emissions, stat. And Indigenous delegates have argued their voices aren’t being heard when it comes to negotiations. Meanwhile, hundreds of fossil fuel lobbyists – who reportedly outnumber countries’ reps – are making their presence known. The real indicator of whether COP26 is a success will come in time as world leaders either follow through on their promises, or fail.

If the world doesn't cut greenhouse gas emissions by nearly 50% by 2030, it faces some of the worst impacts from climate change. So far, we're not on the right track. And it’s unclear if world leaders will follow through on creating change.

The Kyle Rittenhouse trial. Yesterday, the defense rested its case in the 18-year-old’s homicide trial. In August 2020, then-17-year-old Rittenhouse drove across state lines to a Black Lives Matter protest in Kenosha, WI – with an illegally purchased AR-15-style rifle in tow. His goal, as he put it, was to protect businesses, put out fires, and give medical aid. (Rittenhouse is not an EMT.) There, he shot and killed two people – 26-year-old Anthony Huber and 36-year-old Joseph Rosenbaum. And injured then-26-year-old Gaige Grosskreutz. Rittenhouse has pleaded not guilty, saying he acted in self-defense after Rosenbaum threatened and allegedly chased him. And insisting he "didn't do anything wrong." But Grosskreutz said he tried to stop the teen he thought was an "active shooter." Closing arguments begin Monday.

Who's feeling stronger than yesterday…

Britney Spears. Today, the pop star could finally be released from her 13-year-long conservatorship. Since 2008, Britney’s dad, Jamie Spears, has controlled much of her personal life, career, and finances. Earlier this year, America got some insight into what she’d been through. Britney testified, claiming she was forced to work against her will, banned from driving, and prevented from getting her IUD removed. The testimony had the #FreeBritney movement in an uproar. It wasn’t until September that a judge suspended Spears’ father as a conservator. Now, a judge could take scissors to the legal battle once and for all.

PS: Wondering what exactly is a conservatorship, and how does it work? We got you.

YouTube. Earlier this week, the company announced it’s hiding the ‘thumbs down’ button count on videos. YouTube says the move is designed “to protect creators from harassment” and from "dislike attacks." Aka when people team up to dislike videos and hurt its success. But there’s apparently concern the change will have people wondering, ‘how do I know if a video’s worth my time?’ YouTube says viewers can still hit the dislike button – but only creators will see the exact count. The platform isn’t the first to hit ‘edit’ to its features. Facebook and Instagram have also played around with toning down their “like” button.