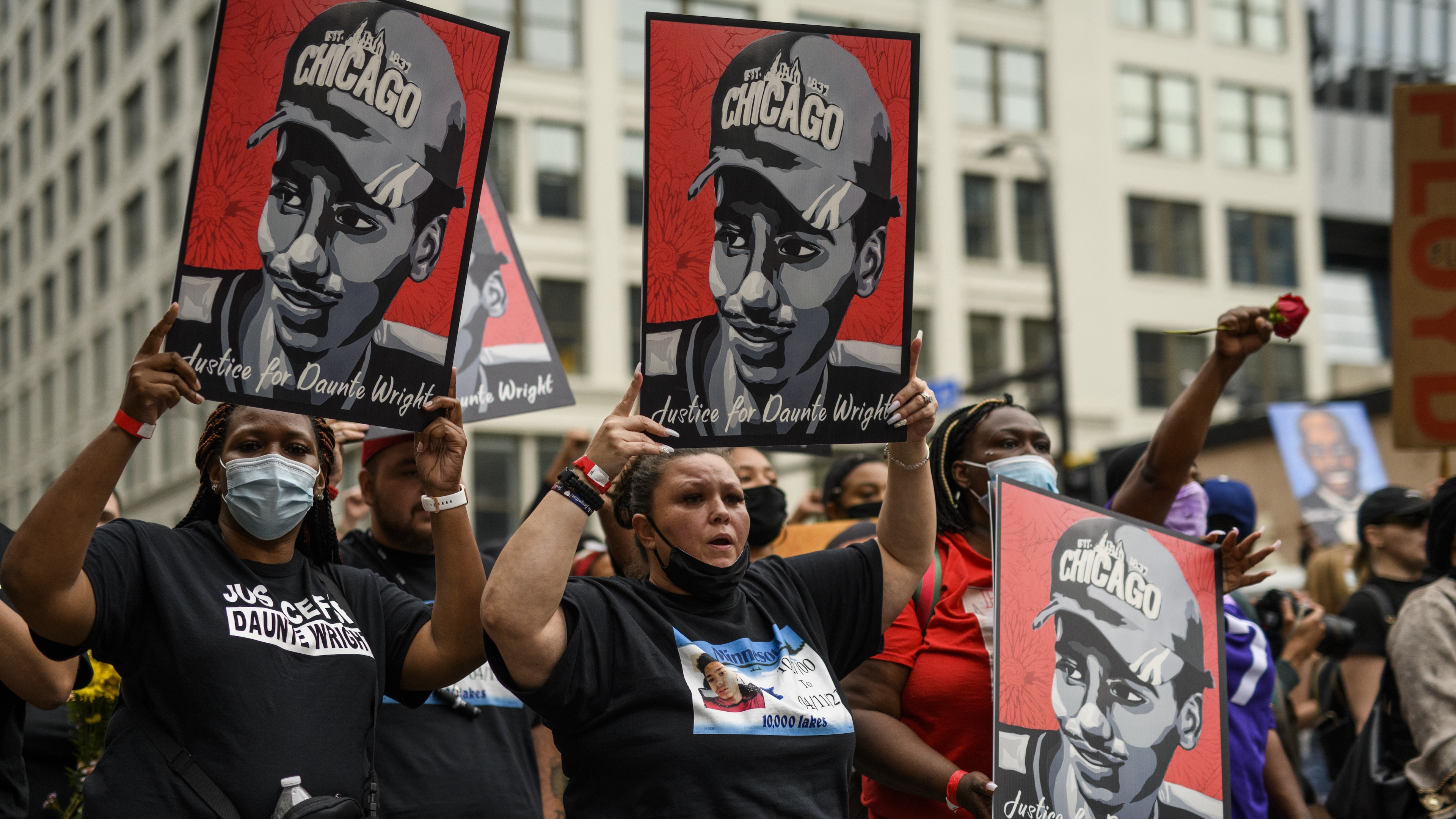 The officer who shot Daunte Wright is now on trial.

In April, then-officer Kimberly Potter shot and killed the 20-year-old Black man during a traffic stop in Brooklyn Center, Minnesota. Police said Wright was pulled over for his expired license plate tags and then noticed there was a warrant for his arrest. Body-cam footage showed a struggle as officers tried to handcuff Wright. Potter repeatedly yelled "Taser!” before grabbing her gun – instead of her Taser – and shooting Wright, killing him. Potter, a white 26-year veteran of the police force, resigned and is now facing manslaughter charges. Opening statements began yesterday.

The prosecution said Potter violated her oath to protect, and instead of protecting life – she took one. They reminded the jury that she was a seasoned professional who was training another officer at that time. (Read: that she shouldn't have mistaken her Taser and her gun, especially since they have different weights and sit on different sides.) And that she apparently didn’t call for help after shooting Wright. Potter’s legal team said she “made a mistake.” They blamed Wright for not complying with police. And accused the media of smearing her when she "had to do what she had to do." She has pleaded not guilty and faces at least a decade in prison if convicted.

The trial is expected to wrap up by Dec 24th. In the meantime, the mostly white jury is in the same courtroom where Derek Chauvin was convicted for the murder of George Floyd. Potter, along with other witnesses, is expected to testify. The prosecution bears the burden of proof – and will need to convince the jury that Potter acted recklessly. Depending on the outcome, the prosecution says it could ask for a longer sentence.

It’s not the first time an officer has mistaken their Taser for a gun. This time it ended in the death of a young father. And Americans are yet again calling for justice in the police killing of a Black man.

The Beijing Winter Olympics. Yesterday, Australia, Canada, and the UK joined the US-led diplomatic boycott of next year’s games in China. Earlier this week, the Biden admin said its officials RSVP'd ‘no’ to the Olympics. The reason: China’s years of human rights abuses against Uyghur Muslims that the US gov has called a genocide. Now, three more countries are saying they’ll support their athletes from the comfort of their home country. And others could join in. New Zealand officials are also ditching the games but for COVID-19 reasons. China’s promising to retaliate against the US – though it didn’t get into specifics.

What’s got some Omicron updates…

Pfizer. Yesterday, the pharma giant said a third shot can put up a fight against the highly-mutated variant. At least 56 countries have reported Omicron cases since South Africa first flagged it last month. And scientists have been scrambling to learn about the variant’s transmission, severity, and whether it evades vaccines. Now, Pfizer’s initial research shows its booster can provide a person with 25 times the antibody protection against Omicron. And that while two doses are less effective, they can still prevent severe disease and death. But this is all lab data, only time will tell (read: coming weeks) if vaccines hold up IRL.

PS: There's still a lot we don't know about Omicron. But here's what we do know

Rep. Lauren Boebert (R-CO). Last month, a video surfaced showing the congresswoman suggesting Rep. Ilhan Omar (D-MN) was a terrorist. Omar, who is Muslim and wears a hijab, condemned Boebert. And has called on House leaders to take action against Boebert’s “hateful and dangerous” language. Especially since Boebert's apparently continued her anti-Muslim rhetoric. Now, Rep. Ayanna Pressley’s (D-MA) introducing a resolution to strip Boebert of her committee assignments (ring a bell?). But whether that moves forward is up to House Speaker Nancy Pelosi (D-CA).

Who could have handled things Better.com…