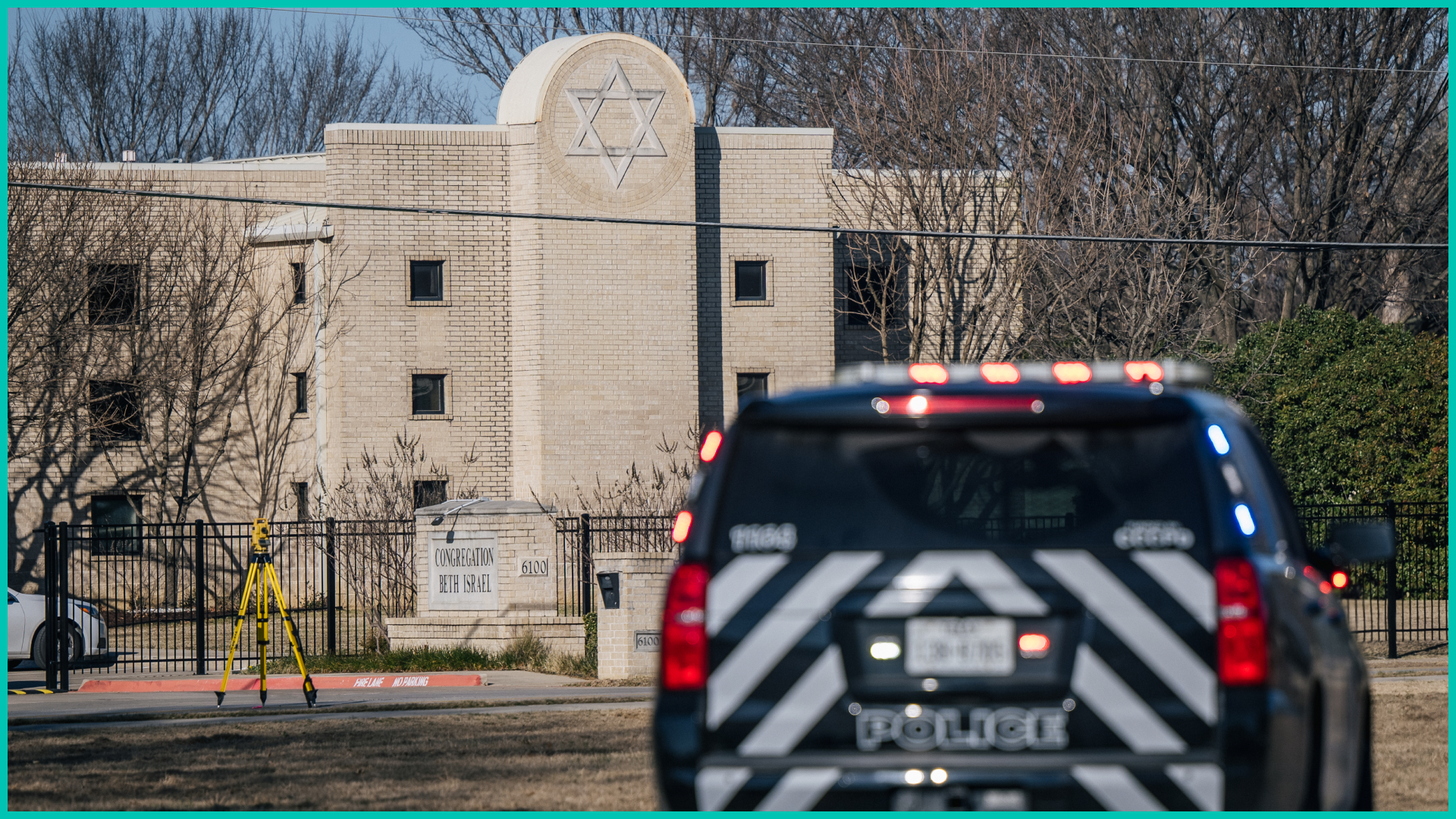 The Jewish community has suffered another attack.

On Saturday morning, a gunman entered Congregation Beth Israel in Colleyville, TX — in the Dallas-Fort Worth area — as services were being livestreamed. The nightmare scenario turned into a more-than-10-hour standoff. Four people, including the rabbi, were held hostage. One was released at around 5pm. And the rabbi describes that as the gunman became increasingly threatening, he and the other two hostages managed to escape. The incident came to an end after the gunman died in an FBI standoff. And it left many shaken, evoking recent anti-Semitic attacks like the 2018 Tree of Life shooting.

How could this happen?

The details are still being investigated. In this case, the suspect was a 44-year-old British citizen who demanded the release of a convicted al-Qaeda-linked terrorist. It comes as the Jewish community — which experiences the majority of religious-based hate crimes in the US — has seen a wave of violence recently, with an estimated one in four Jews experiencing anti-Semitism in the past year alone. Now, the incident is being investigated alongside British authorities as an act of terror. President Biden said the US will “stand against anti-Semitism” and “the rise of extremism in this country.” The congregation’s rabbi said “we are resilient and we will recover.”

American Jews have been bracing for attack like this. The safe release of hostages came as a welcome relief. But many are still reeling from an attack they’ve been warning about for a while now…and worry a similar attack is only a matter of time.

What people want info on…

Tonga. A volcano eruption this weekend is believed to be the biggest on the planet in the past 30 years. And spurred a tsunami that left waves flooding Tonga's capital, Nuku'alofa. At least one person has reportedly died. And the crisis could leave water contamination issues for the Polynesian country of more than 100,000 people. Many are waiting for internet access to resume.

Climate change. Six studies have found that rising temperatures are linked to premature birth and fast weight gain in babies. Scientists have been ringing the alarm on climate change for decades. Now, a group of scientists say that hotter temps are taking their toll on babies. And that these problems could lead to lifelong health effects. That’s not all. The studies also found that smoke from wildfires — which have become worse in recent years — have doubled the risk of severe birth defects.

…Oh and speaking of the next generation, China’s population growth rate has dropped to its lowest in decades. Beijing is issuing reforms to help parents.

Who’s not making a slam dunk…

Chamath Palihapitiya. The minority owner of the NBA's Golden State Warriors is getting pushback for comments about Uyghurs. The Muslim minority population in China has faced years of crackdowns by Beijing amid reports of forced labor camps and sterilizations. The NBA has already received criticism throughout the years for not standing up to China. Now, the co-owner is trying to walk back comments made in a podcast over the weekend, in which he said "nobody cares about what's happening" to the Uyghurs. In response to backlash, Palihapitiya acknowledged the comments "come across" as "lacking empathy." And said that "human rights matter." Meanwhile, the Golden State Warriors seem to be distancing themselves from Palihapitiya, calling him “a limited investor.”

...Oh and speaking of sports people on the defensive, Novak Djokovic. Over the weekend, Australia deported the Serbian tennis star after a nearly two week back-and-forth over his vax status in the lead-up to the Australian Open. Case (Australian) Closed.

Being able to afford a space diamond.