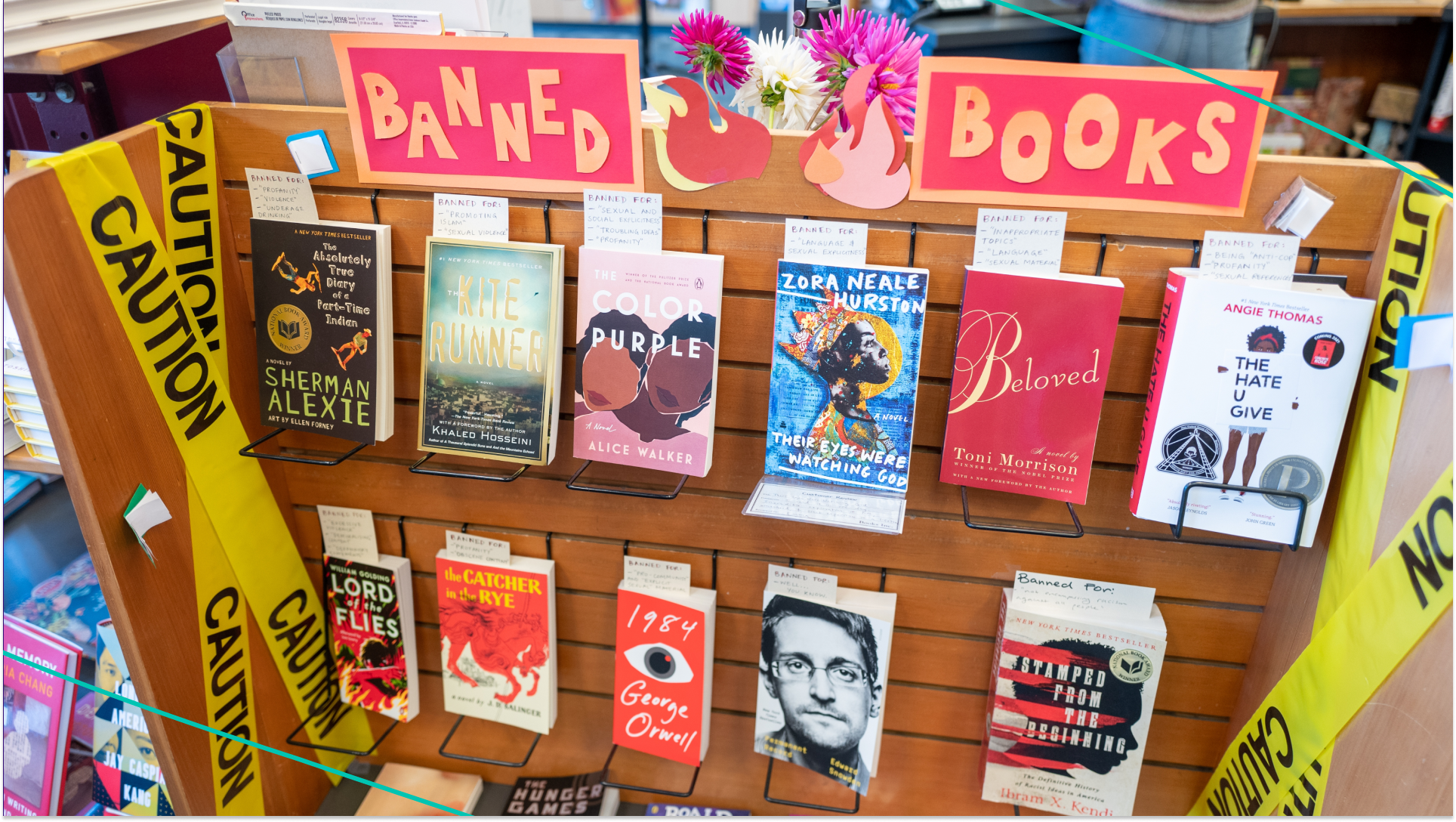 Some people are judging a book by its cover.

Across the country, schools are banning books about topics like race, LGBTQ, and gender. Think: “The Hate U Give,” “George,” “Stamped: Racism, Antiracism and You,” and more. They’re being pulled from school bookshelves in states like Texas, Utah, and Wyoming. One Pennsylvania school board tried to ban a long list of anti-racism books. Now, a Tennessee school board is banning “Maus” — a Pultizer Prize-winning graphic novel about the Holocaust — for profanity and an image of a nude woman.

For those who’ve bookmarked the critical race theory (CRT) convo, this may not sound surprising. Last year, a number of states (think: Virginia, Oklahoma, and Florida) banned the academic concept from being taught in schools. CRT explores how systemic racism is embedded in the US’s legal systems and policies. Some politicians argue the topics of the books may cause the students to feel uncomfortable. Earlier this month, newly elected Gov. Glenn Youngkin (R-VA) signed executive orders banning CRT and set up a tipline.

Many librarians and teachers warn the book banning trend will continue — even more than it already has. Black authors are watching as their work is pulled from schools — under the pretext they’re teaching CRT. Democrats and civil rights activists are calling it a pointed effort — designed to get progressive ideas out of classrooms. Some parents and conservative politicians disagree. A Tennessee school board member said schools can still teach history without certain books. While Texas state Rep. Matt Krause (R) says a lot of these books may make students uncomfortable.

Many have pushed back against the left for pushing politically correct speech. Now, the push to ban books from classrooms is coming overwhelmingly from the right. Script, flipped.

Skimm More: Want more on critical race theory? We're breaking down the buzz on CRT and the misinformation surrounding it here.

What's turning up the heat...

Gas stoves. Yesterday, a new study found that they release an alarming amount of methane and other gases…even when turned off. Stanford scientists found that gas stoves leak about the same amount of methane (a potent greenhouse gas) as 500,000 gas-powered cars. Problem, because methane is the second-largest contributor to greenhouse gases (behind CO2). But that’s not all that’s cooking in the kitchen. The study says gas stoves also release more nitrogen oxides than previously known — the same greenhouse gas can lead to asthma and other respiratory conditions.

...Oh and, speaking of climate change, a federal judge threw out the Biden admin's gas and oil lease sale in the Gulf of Mexico over its negative effects on the climate.

What we’re paying attention to…

Honduras. Yesterday, Xiomara Castro was sworn in as the country’s first female president. She’s got a lot to address right off the bat. Think: troubled health care and education systems, high unemployment, violence, and corruption. All of the many reasons many Hondurans have fled to the US southern border — as arrests at the border reached an all-time high last year. Now, with Castro in her new post, she could find a close ally in VP Kamala Harris, who wants to tackle immigration and deepen cooperation between the two countries.

Florida. Yesterday, the Coast Guard called off its search for dozens of missing migrants off the coast of Florida. Over the weekend, a boat carrying 40 people from Bimini in the Bahamas capsized because of severe weather. Authorities have found a total of five bodies. And believe all but one of the passengers died. They suspect the boat was part of a human smuggling operation.

Who’s been eating their greens…

While QB Ben Roethlisberger is kicking off his retirement…

Four NFL teams will be duking it out at the NFC and AFC championships.