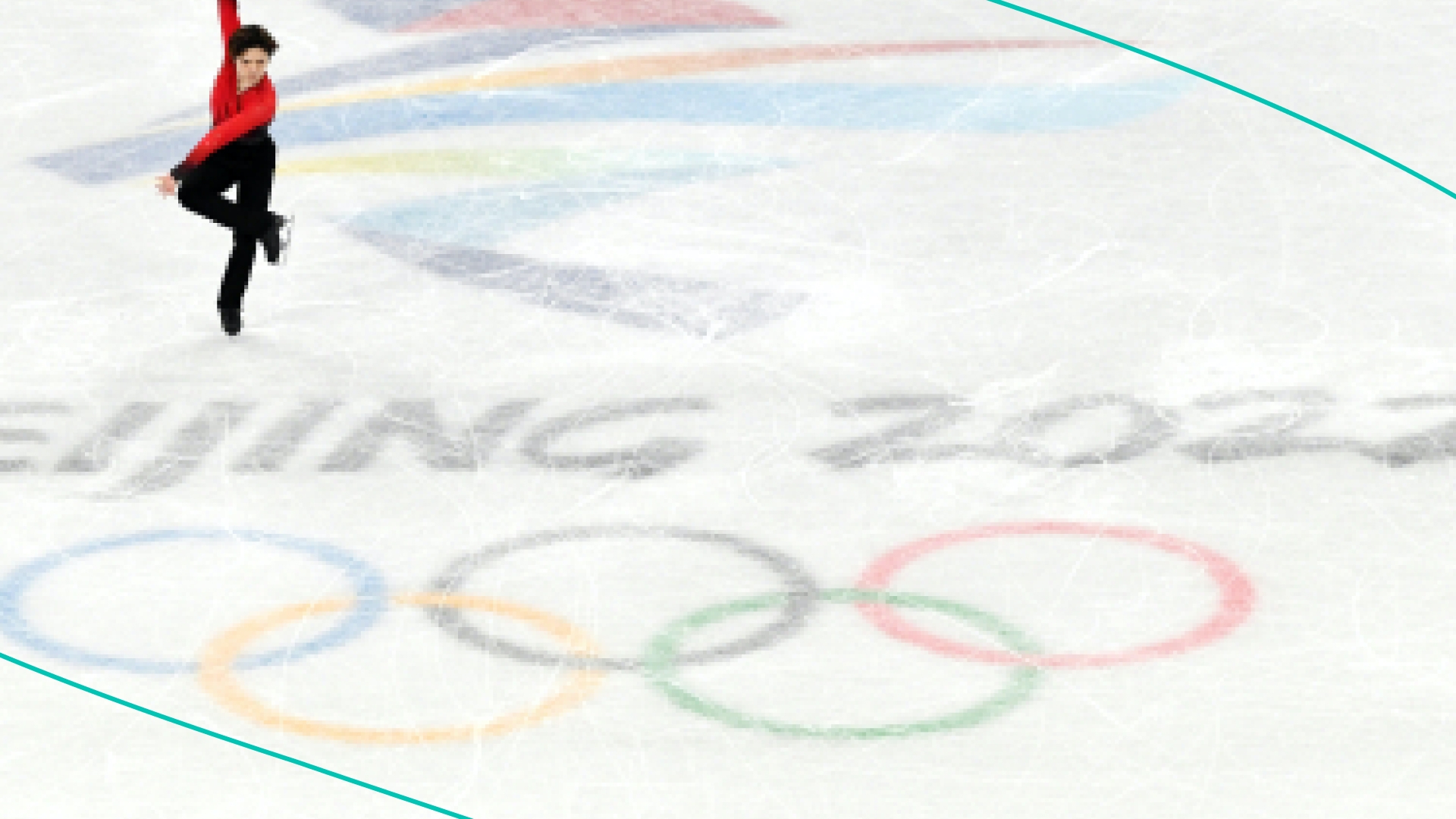 The 2022 Winter Olympics are happening...in spite of everything.

It might feel like the delayed Summer Games just happened. But that was six months ago. Now, it’s time for winter sports athletes to take the world stage in Beijing. The opening ceremony begins today at 6:30am ET. And as the second pandemic-era Games, this year’s Olympics are different in more ways than one.

The biggest thing to watch: the diplomatic boycott. China’s record on human rights — including its treatment of Uyghurs and crack down on Hong Kong — have world leaders raising flags. The US, Australia, Britain, Belgium, Canada, and Denmark aren’t sending gov officials to represent. Other countries aren't sending diplomats because of COVID-19. And then there are concerns China's been trying to silence tennis star Peng Shuai. But that hasn't stopped the Games. Or Russian President Vladimir Putin, who's there saying 'go best friend.'

And what about COVID-19?

Beijing created the "closed-loop” system. Aka the bubble where athletes, officials, and anyone with a hand in the games will be living, eating, and competing. Athletes will be tested every day and have to wear a mask at all times — except when competing or accepting a medal. If anyone tests positive, it’s off to isolation, even if that means missing their event.

So is the competition. Nearly 3,000 athletes will compete across 109 events. There’s alpine skiing. Figure skating. Snowboarding. And more, including the seven new events (see: women’s monobob). On Team USA, many are keeping eyes out for Nathan Chen, Mikaela Shiffrin, Chloe Kim, and Shaun White. In total, over 220 US athletes are competing.

Where are people watching?

NBC, Peacock, NBCOlympics.com or the NBC Sports app. Human rights groups have called on NBC to not cover the Olympics. Though the network isn’t sending any announcers due to COVID-19 concerns, it’s still planning on broadcasting the Olympic events. A network official said their coverage of the Games “will provide perspective on China’s place in the world and the geopolitical context in which these Games are being held.”

China hosting the Olympics was intended as an opportunity to flex. But as cameras point at the stadiums, many can't ignore what's happening offscreen — in places like Xinjiang and Hong Kong. And the world's made it known that it's watching closely.

PS: We Skimm'd everything you need to know about the Winter Olympics here.

Russia. Yesterday, US officials said the Kremlin’s plotting a fake attack that’d justify invading Ukraine. American intel says Russia’s planning to create a “very graphic” video showing a fake Ukrainian attack on Russian territory or Russian-speaking people. And would have shown casualties and fake mourners. It’s the second time in weeks that the US has pointed fingers at Russia for trying to plot fake attacks or operations. The Biden admin hopes that by spreading the word, they keep this real-life horror movie from being made. Russia dismissed the allegations.

Syria. Yesterday, President Biden announced that the leader of ISIS died during a US raid in northwestern Syria. In 2019, Abu Ibrahim al-Hashimi al-Qurayshi became the leader after Abu Bakr al-Baghdadi died during a US raid. (Sense a pattern?) Biden said al-Qurayshi’s responsible for a recent prison assault and for the genocide of the Yazidi people in Iraq in 2014. And that the ISIS leader detonated a bomb as American forces closed in on his hideout, killing himself and at least 13 others. US officials call his death a “significant blow” to ISIS, which is trying to rebuild. And says it tells terrorists around the world, “we will come after you and find you.”

Medicare. It'll provide enrollees up to eight free COVID-19 home tests a month starting this spring. Last month, the Biden admin ordered private insurers to cover at-home tests for people on their plans. But lawmakers and health care advocates said ‘what about the more than 60 million people covered by Medicare?’ Now, recipients will be able to get the COVID-19 tests — the first time Medicare’s covering 100% of an over-the-counter test. It comes as Omicron’s spread is slowing, but deaths remain high.

PS: Here's how to get your free at-home test and N95 mask, courtesy of the federal gov.

Chicago. Yesterday, the former police officer convicted in the murder of Laquan McDonald was released from prison early. In 2014, then-officer Jason Van Dyke shot the Black teen 16 times within seconds of arriving on the scene — even as McDonald was on the ground. A jury convicted Van Dyke of second-degree murder and 16 counts of aggravated battery. And a judge sentenced him to nearly seven years in prison, which many people didn’t think was long enough. Now, there’s outrage that Van Dyke’s been released for good behavior after only serving a little more than three years of his sentence.

While Facebook's stock had a Meta, err, mega bad day…

TurboTax is getting into crypto.

PS: Use our decision tree to see if you're really ready to get your refund (or any money) in crypto.