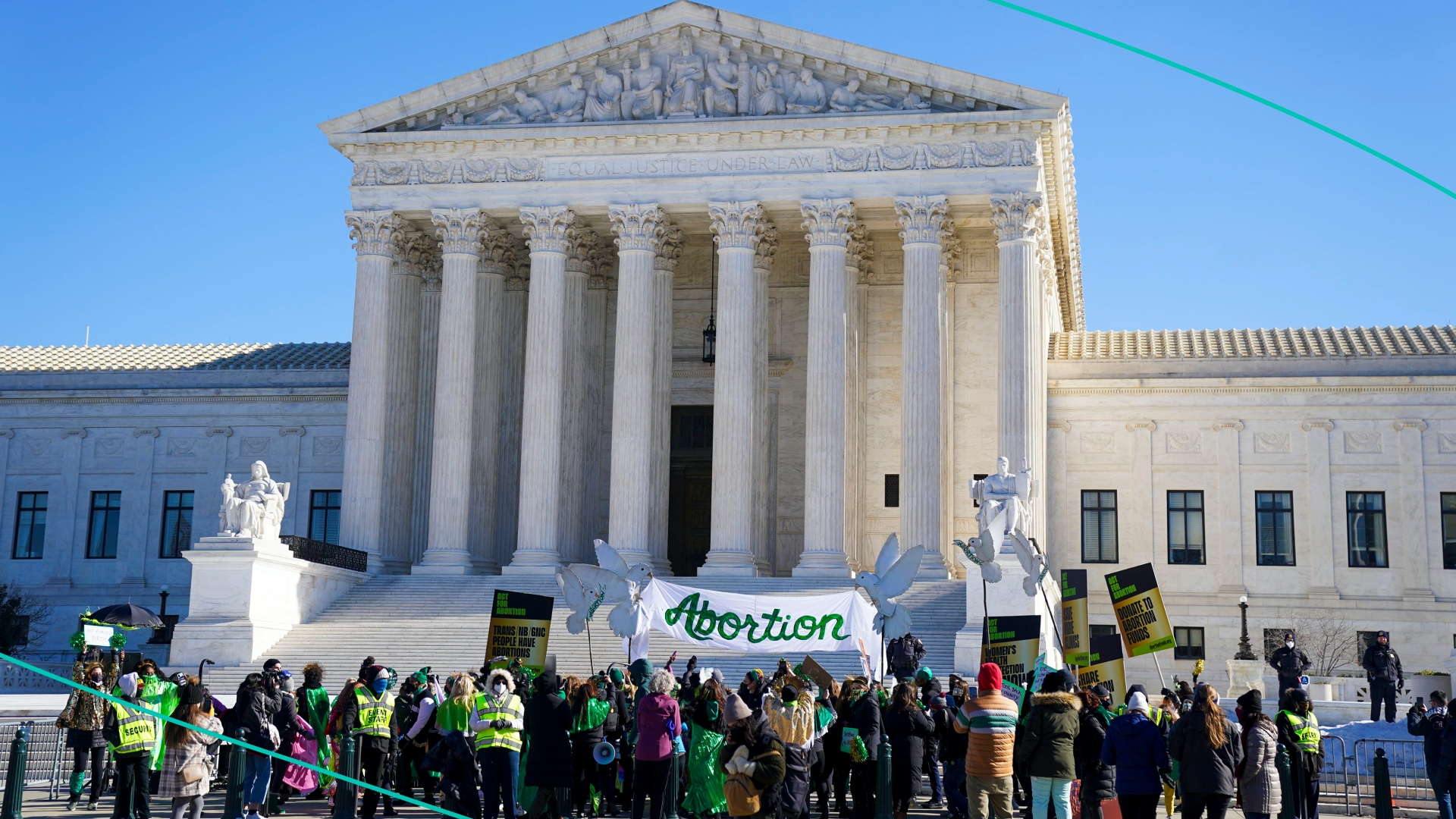 Vermont could be the first state to guarantee abortion rights.

Yesterday, the legislature voted to add an amendment to the state constitution protecting reproductive rights. The proposal has been in the works since 2019. Next up: the public will vote on it in November. (Psst: more here to check on your voter status before midterms.)

How likely is it that it will pass?

Likely. An estimated 70% of adults in Vermont say abortion should be legal in all or most cases.

Supporters say ‘it’s about time.’ As one state legislator reportedly put it, states can "no longer rely" on federal courts to protect abortion. Republicans are calling the amendment “extreme.” Others say the language leaves too much room for interpretation — especially since the word “abortion” isn’t mentioned anywhere.

Are other states doing anything?

Last month, New Jersey joined 14 other states and DC by adding laws that protect abortion rights — including by codifying protections into state law.

That leaves dozens of other states.

Yup. At least 21 are tapping their feet, waiting for SCOTUS to overturn Roe v Wade as soon as this year. If that happens, they've got laws set up to ban or restrict abortion access, immediately.

Any updates on the SCOTUS front?

Not yet. A ruling on Mississippi's heartbeat bill is expected by June — which could overturn Roe v Wade. Texas's law remains in effect while it's still caught up in the courts. Here's where the legal battles stand.

Thousands in the US get abortions each year. If SCOTUS overturns Roe v Wade, states will play a deciding role in whether they continue to have access. Now, Vermont is saying 'we want that access enshrined.'

Skimm More: Here's what overturning Roe v Wade could mean for your health.

Who's cycling away from Peloton...

Its CEO. Yesterday, John Foley announced he's unclipping from the company — but will stay on as exec chairman. Foley also said Peloton is cutting 2,800 jobs...aka 20% of its workforce. In 2020, instructors became household names as some Americans reworked their homes into an office, gym, and everything in between. But as real gyms made a comeback, Peloton sales struggled to beat their PR. A treadmill recall didn't help. Now, the reorg comes amid unconfirmed reports that large companies (Amazon, Nike, Google) could be trying to buy Peloton. And weeks after reports that Peloton insiders sold stocks ahead of its market drop. Next up: fired employees get 12 months of Peloton membership. The message to Foley: don't let the high fives hit you on the way out.

Where there's been a traffic jam…

Canada. Yesterday, truckers protesting the country’s COVID-19 restrictions blocked one of the busiest land crossings between the US and Canada. For nearly two weeks, truckers and supporters have protested against vaccine mandates and other pandemic restrictions as part of the “Freedom Convoy.” Some have waved Confederate and Nazi flags. Now, they've blocked a bridge that accounts for about 27% of trade between the US and Canada — and one that serves as a supply chain for two countries' auto industries. It comes as some down under (read: Australia, New Zealand) are taking cues.

Who (sort of) asked for forgiveness…

Pope Benedict XVI. Yesterday, the retired pope asked to be pardoned for how he handled clergy sex abuse cases...without admitting wrongdoing. The Catholic Church has a long history of covering up sex abuse cases by clergy members. Last month, an investigation found that he'd mishandled allegations of sex abuse involving priests. That includes during a 1980 meeting Benedict attended discussing a priest accused of abusing boys. Now, the former pope is apologizing for "errors" that occurred "during the time" of his mandate. But lawyers reportedly denied that he was "involved in any cover-up."

Movies. Yesterday, the Academy released its Oscar nominations. "The Power of the Dog" and "Dune" racked up the most noms (shoutout Rue). Denzel Washington broke records as the most nominated Black actor in history. Kristen Stewart and Beyoncé have their first Academy Award nominations. And we don't talk (enough) about Lin-Manuel Miranda after “Encanto.” Oh, and the Meryl Streep of directing (that's you, Steven Spielberg) is breaking records.

Skimm More: We Skimm’d how calls for diversity and inclusion in Hollywood forced awards show organizers to make changes.

What's got people talking at the Olympics...