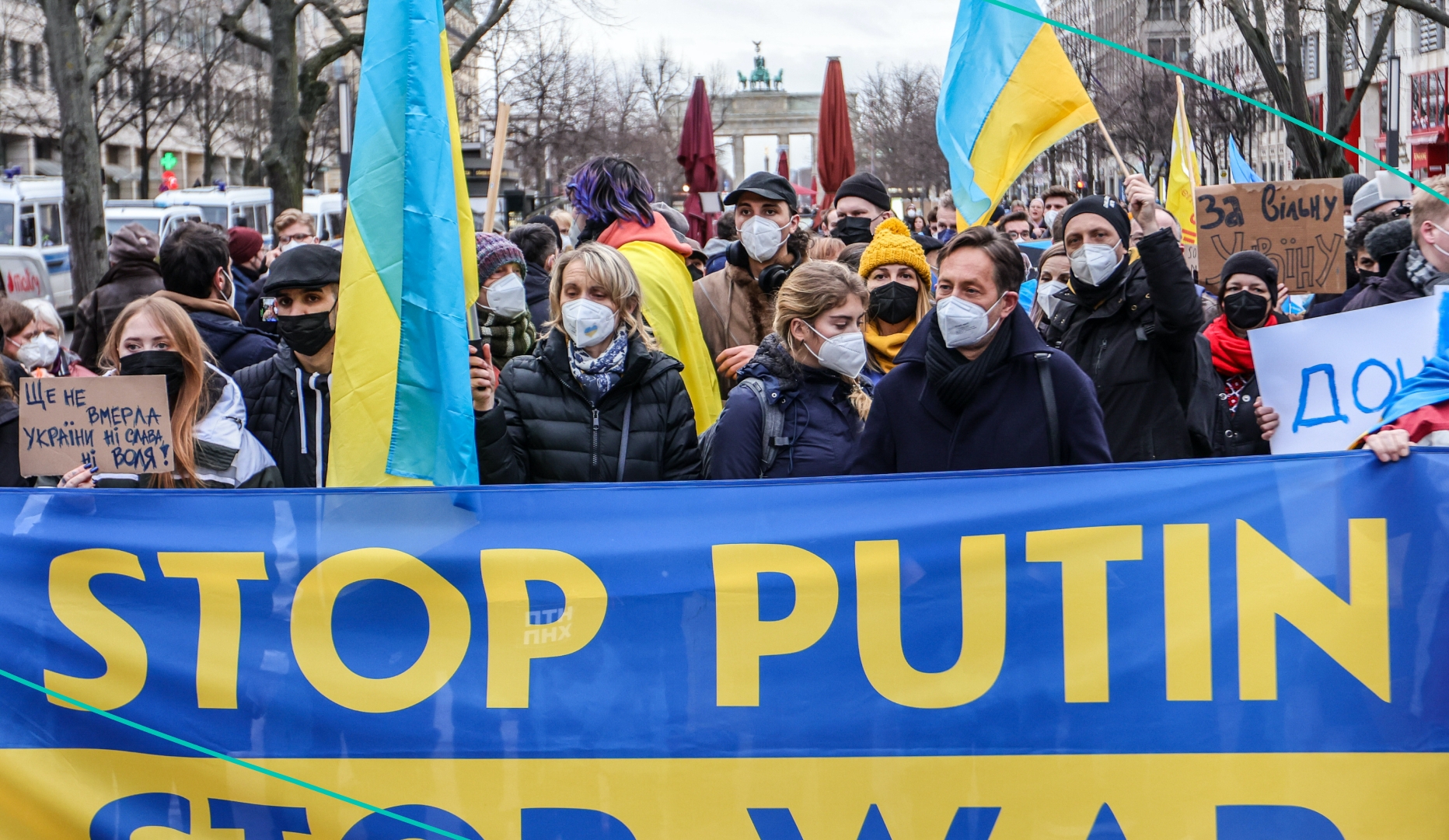 Russian troops are on Ukrainian soil.

What exactly is happening?

Russia and Ukraine are still in the headlines. Earlier this week, Russian President Vladimir Putin ordered Russian troops into the Donbas region of eastern Ukraine after officially recognizing self-declared separatist republics (Donetsk and Luhansk) as independent. Putin says the forces are there for “peacekeeping." But President Biden called it “the beginning of a Russian invasion.”

How is the US responding?

With financial sanctions on Russian banks, sovereign debt, and oligarchs. Biden says it's intended to cut off Russia from Western finance. And has ordered more military to Baltic states (like Estonia, Latvia, and Lithuania) near Russia. But still no US troops for Ukraine.

Do sanctions even do anything?

Depends. Some experts view Biden’s sanctions against Americans doing business in eastern Ukraine as symbolic at best. The US could target more Russian banks if things escalate. But Russia isn’t new to sanctions. Russia’s apparently taken steps to protect itself from sanctions like cutting its budget and becoming less dependent on the EU for export money. And so far, Biden’s sanctions don’t seem to be throwing Putin off course.

What about other countries?

The EU and UK also announced sanctions, threatening more if Russia invades further. Germany — Russia's top gas consumer — put a Russian gas pipeline on hold. And Europe imports around 40% of its gas from Russia. Causing concern for Europeans who are dealing with rising gas prices amid the escalating tensions.

Russia's dropping pretty big hints that it's moving toward invading the rest of Ukraine. Putin just pulled diplomatic staff out of Ukraine. And Russian lawmakers gave him the official green light to use military force. Meanwhile, Ukraine's president is calling up some of the country's military reservists.

Can anything stop this?

Russia's made it clear it won't hit the brakes on the military threat unless Ukraine makes some big concessions. Like recognizing Russia's claim to Crimea (which Russia annexed in 2014). And Ukraine dropping its bid to become part of NATO.

All eyes are on Russia. And if its soldiers continue their march into Ukraine, this could be one of Europe’s biggest conflicts in decades.

Skimm More: Sanctions could push energy prices higher. See what that’d mean for your wallet and the economic recovery.

Ahmaud Arbery's family. Yesterday, a jury found the three white men who killed Arbery, a 25-year-old Black man, guilty of federal hate crimes. Last year, Travis McMichael, Gregory McMichael, and William "Roddie" Bryan were convicted of murdering Arbery. They then faced federal hate crime charges for violating Arbery’s civil rights and kidnapping. Prosecutors pointed to the men’s use of racial slurs and social media posts during the trial. The decision came a day before the second anniversary of Arbery’s death — which Georgia is formally memorializing. Arbery’s mother said the verdict “gave us a small sense of victory.”

US women soccer players. Yesterday, the players reached a settlement with the US Soccer Federation over their equal pay lawsuit. Players have repeatedly complained that they've been getting as little as 40% of the salary men get. Especially frustrating since the women’s team has four World Cup titles and the men have…wait for it…none. In 2020, a judge dismissed the women’s claims, saying their statements were “insufficient.” But last summer, several players filed an appeal, saying they will continue to fight for equality. Now, the team’s reached a $22 million settlement. But the terms depend on a new collective bargaining agreement with the USWNT players and US Soccer.

Where else women have been heard…

Colombia. This week, the country’s constitutional court decriminalized abortion in the first 24 weeks of pregnancy. Women in the country have been protesting for years for greater access to the procedure — which has only been legal in certain cases since a 2006 ruling. Since then, nearly 3,000 people have reportedly been prosecuted for having an abortion. In 2020, more than 90 groups sued for greater access, arguing there are too many barriers. Now, this latest ruling could mean that three of the four most populous countries in Latin America are expanding access to abortion. The court has asked Colombia’s Congress to create regulations.

Skimm More: Everything you need to know about abortion.

Listen to our latest "Pop Cultured" podcast talking about Ye.