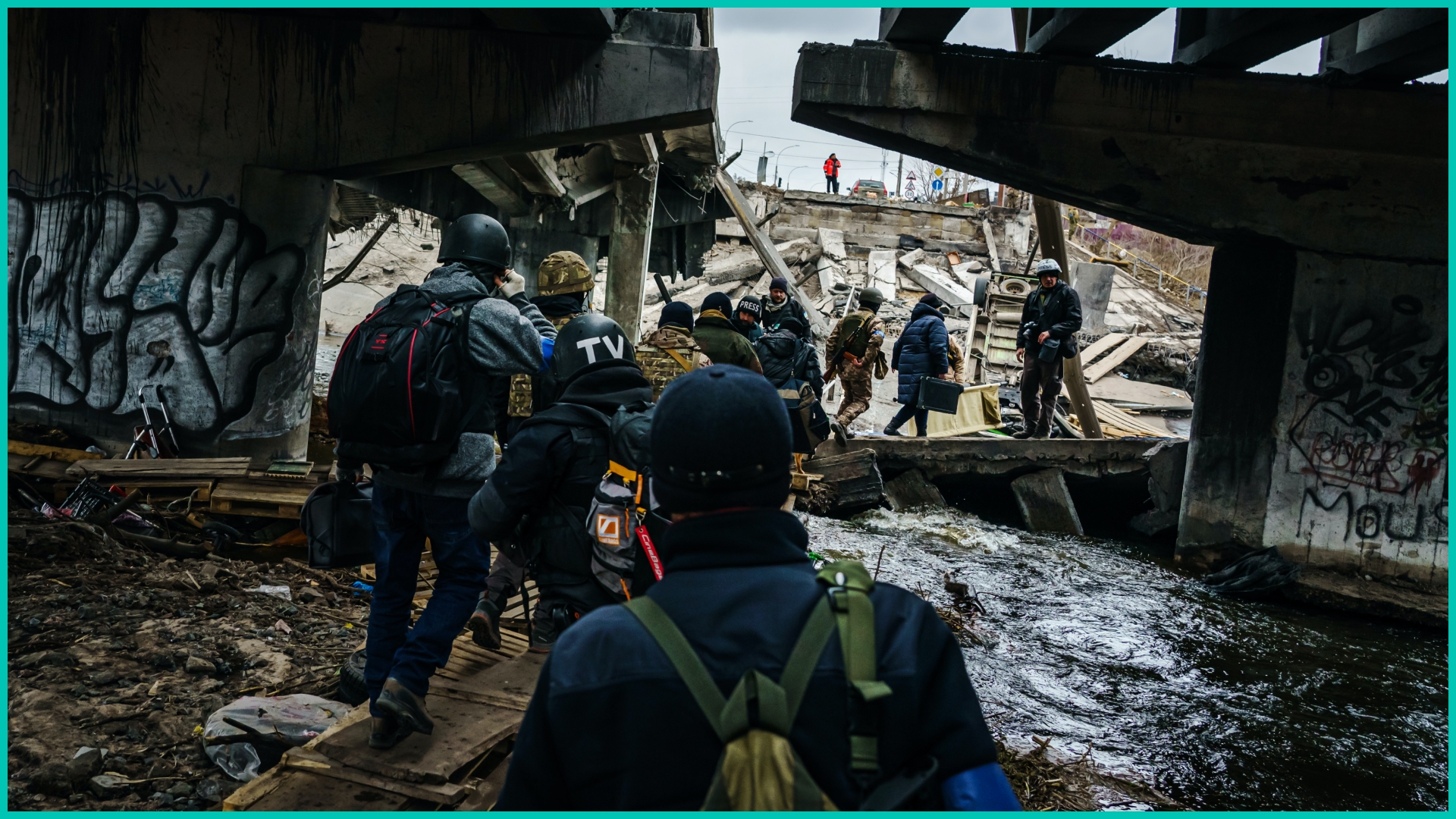 From Worse to Worse

Yesterday, Russian missiles hit a Ukrainian military base — killing at least 35 people and wounding another 134. The base has hosted NATO troops for years. US forces were on site as recently as last month. And it’s just 15 miles from the Polish border — aka NATO territory.

The UK called it a "significant escalation." The US said any attack on NATO territory will prompt a NATO response. Meanwhile, President Biden warned Russia would “pay a severe price” if chemical weapons are used in Ukraine. But refused to elaborate on the intel that prompted the comment. It comes as the situation on the ground goes from bad to worse.

Russia has been accused of kidnapping mayors. One, from the southern city of Melitopol on Friday. The second, about 52 miles away in Dniprorudne, on Sunday. It's so Russia can reportedly install pro-Russian replacements. Meanwhile, an American journalist has been killed. 1,500 civilians were killed in Mariupol, where food is becoming scarce. And Ukraine has confirmed roughly 1,300 soldier deaths.

Any updates on a ceasefire?

Yesterday, Ukrainian and Russian reps said they wrapped up another set of talks with no progress. But the officials are cautiously optimistic about continued talks today. German and French leaders are urging Russian President Vladimir Putin to agree to a ceasefire. It's not working.

While diplomats and world leaders negotiate over the phone, Ukrainian officials say hundreds of civilians have been killed. And even more are at risk.

Where else tensions are rising...

Iran. Yesterday, the country claimed responsibility for missile attacks that hit near a US consulate complex in northern Iraq. Iran says the attack — 12 missiles — was in retaliation of an Israeli airstrike in Syria last week, that killed two Iranian Revolutionary Guard members (think: Iran's paramilitary). They were reportedly aiming for Israeli “strategic centers.” The US and Iraq both reportedly called the attack a violation of international norms. It comes amid…

Which issues are going through Texas courts...

Transgender rights. On Friday, a judge temporarily blocked a ‘tell on your peers’ directive by Gov. Greg Abbott (R). Last month, Abbott asked Texans to tell on parents whose kids are undergoing “elective procedures for gender transitioning.” Texas AG Ken Paxton said transitioning care was “child abuse.” The ACLU challenged Abbott’s order. Now, the judge said there is a “substantial likelihood” that the directive will be overturned. And called Abbott’s actions “unconstitutional.” The move stops Abbott's order — believed to be the first of its kind — from going into effect in July. But Paxton is planning to appeal, saying he will take the case to the Texas Supreme Court if he has to.

Abortion. On Friday, the Texas Supreme Court ruled to keep Texas’s restrictive abortion law in place. In September, TX banned most abortions after six weeks of pregnancy. And gave private citizens the power to enforce the law. The Justice Dept and abortion providers sued. But the all-Republican court said the onus falls on private citizens and that the clinics can't sue gov officials. Meaning, the law — which has led to a steep drop in abortions in the state — is here to stay. And it might not be the last. Since September, a reported 35 copycat bills have been introduced including in states like Oklahoma and South Dakota. Now, all eyes are on the US Supreme Court which could potentially overturn Roe v Wade in June.

While Virginia Tech celebrates their dub…

Get ready for March Madness. Yesterday, the NCAA revealed the full bracket for the women’s and men's college basketball tournaments. While we’d all like to see our team take home the trophy, a few are ranked better than others. For the women’s teams, keep an eye out for North Carolina State, Stanford, and South Carolina. While some top men’s teams include Gonzaga, Kansas, Baylor, and Arizona. The first games kick off tomorrow.

PS: Don't want to miss a minute of the tournament? theSkimm App lets you sync our calendar with yours, so you know when all the games are going down. Download the app here.

What’s about to get Uber expensive…