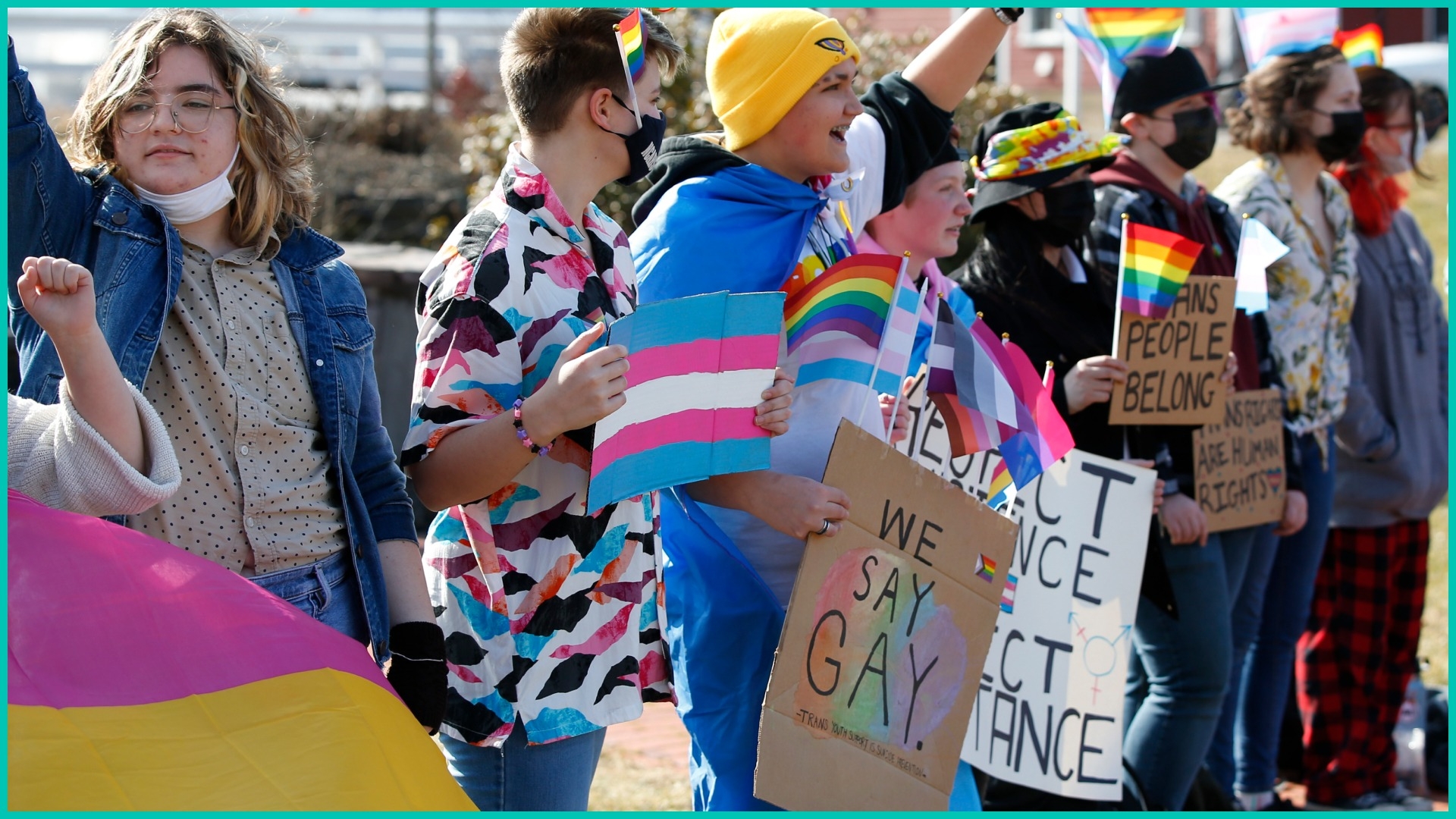 Florida has a controversial new law.

Yesterday, Florida Gov. Ron DeSantis (R) signed the Parental Rights in Education bill into law. Aka what critics have dubbed the “Don't Say Gay” bill. It is expected to go into effect July 1.

What does it do?

The new law blocks public schools from discussions regarding sexual orientation or gender identity with kids in kindergarten through third grade. (Note: The topics weren't in the public school curriculum for those grades.) It also applies to student services like counseling. And it lets parents sue schools if they believe someone is violating the law.

Supporters believe these discussions should be left to parents. And DeSantis says the bill will ensure that kids can go to school to get an “education, not an indoctrination.” It comes as Republican state officials across the country have become increasingly involved in school curricula, with the hopes of taking controversial or left-leaning topics out of the classroom.

What are others saying?

Over the past month, opponents — including the White House, celebrities, and CEOs — have called the legislation “bigoted” and said it will “stigmatize” LGBTQ+ kids. The same kids, who many say, need the most support. But proponents of the legislation say the law does not ban kids from talking about LGBTQ+ topics like their LGBTQ+ families or LGBTQ+ history.

An LGBTQ+ advocacy group is promising to challenge the law in court. Disney — after facing employee protests for not condemning the bill — is now vowing to help repeal the legislation. Meanwhile, the Biden admin said it will keep a close eye to see whether the law violates federal civil rights.

Florida’s already enacted controversial approaches in the classroom. Think: book banning and critical race theory. But this new law — a political win for Gov. DeSantis — has positioned the right-leaning state as ground zero for a culture war on LGBTQ+ issues.

PS: Florida's not the only state targeting the LGBTQ+ community. Here's what legislation other states are taking up.

Roman Abramovich. Earlier this month, the Russian billionaire reportedly suffered symptoms of suspected poisoning after a meeting in Kyiv. After the Chelsea FC owner met with peace negotiators in Ukraine, three of them — including Abramovich — allegedly started to feel ill. Think: red eyes, tearing, and peeling skin. Abramovich was reportedly even blinded for a few hours. Neither Ukraine nor Russia has commented on the suspected poisoning. But one report attributes the symptoms to an environmental factor, not poisoning. It comes as negotiations could continue today. Ukraine says it wants peace “without delay” — but it’s not willing to give up its “territorial integrity.”

...Oh and President Biden is doubling down on his comments from the weekend. Yesterday he said he was making “no apologies” for saying that Russian President Vladimir Putin “cannot remain in power.” As he put it, he was “expressing the moral outrage” not articulating a policy of regime change.

What has big decisions to make...

The FDA. Today, the agency is expected to approve a second booster for people age 50 and up...without meeting with advisory committees. The FDA is skipping that step, after data from Israel shows a second booster for people 60 and up had a 78% lower death rate. Supporters say the move can help just as an Omicron subvariant has caused surges in places like Europe and China. Critics say the move is too early, and that there’s not enough data. The move is not expected to be a formal recommendation from the FDA or CDC but instead an option for those who want it.

What’s going up in smoke…

What’s got us on the edge of our seats...