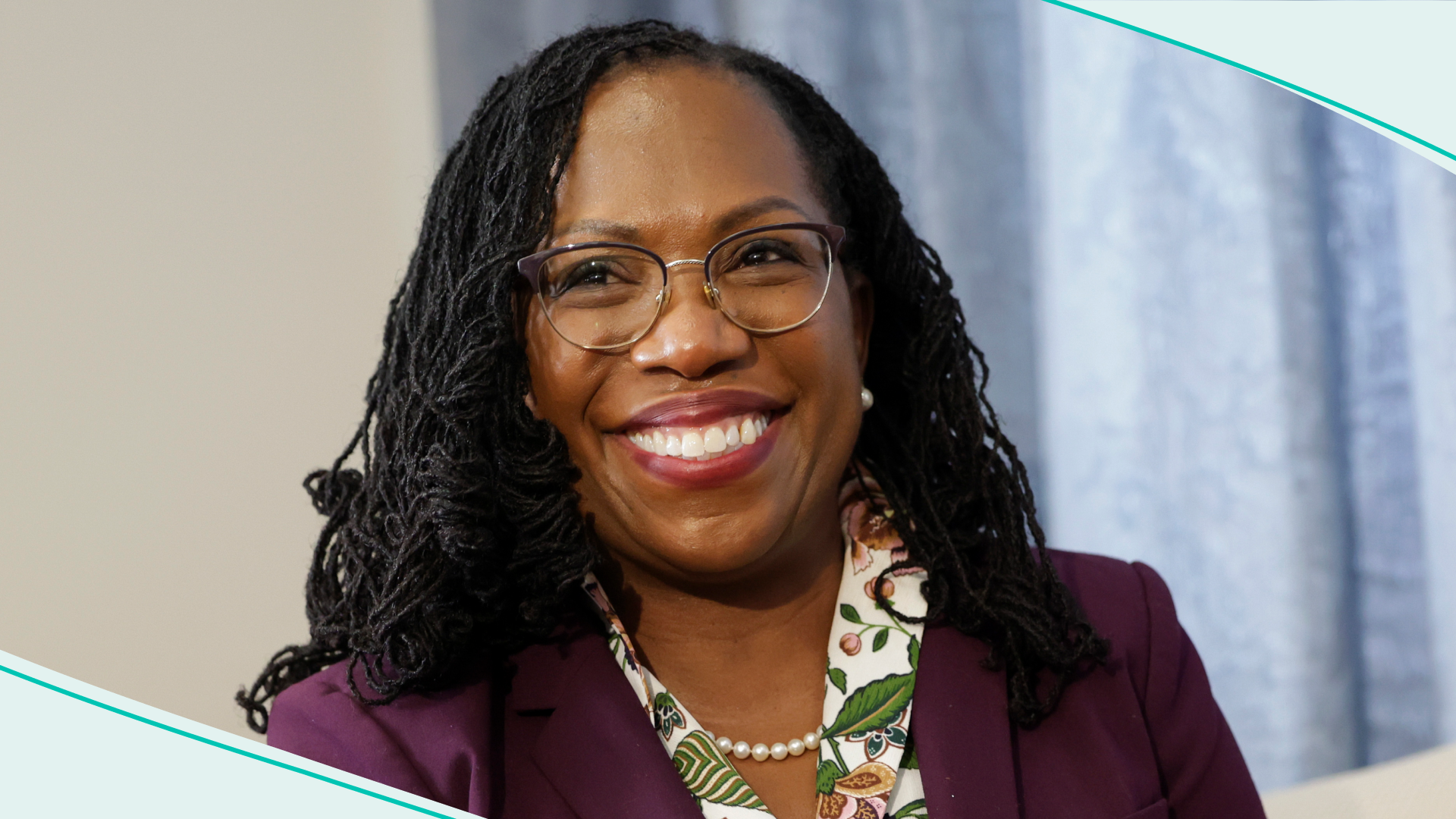 Ketanji Brown Jackson will be the 116th US Supreme Court justice.

Yesterday, senators voted 53-47 to confirm Jackson to the bench. Jackson has clerked at all three levels of the federal Judiciary. She's set to become the first Supreme Court justice with experience as a federal public defender. And she’s been confirmed by the Senate for federal judgeship three times before. But this time was different.

It was quite the confirmation process. Last month, the Senate Judiciary Committee questioned Jackson for more than 20 hours on everything from race and baby books to her faith and more. Sen. Lindsey Graham (R-SC) — who supported her most recent judicial nomination — has now dismissed her as an “activist judge.” He and 10 other Republican members on the panel voted no. But it still went on to the full Senate.

And how’d that go down?

VP Kamala Harris presided. President Biden and Jackson watched the vote unfold from the White House. Three GOP senators — Mitt Romney, Lisa Murkowski, and Susan Collins — crossed party lines to vote in Jackson’s favor. And when it was all over, almost all Republicans walked out while others applauded.

How does this stack up to past confirmations?

Depends on how far back we look. Justices Amy Coney Barrett and Brett Kavanaugh’s confirmations were split down party lines. The last justices to be confirmed with near-unanimous support were Stephen Breyer and Ruth Bader Ginsburg in the ’90s. Justice Sandra Day O'Connor (the court’s first female justice) received a unanimous vote in 1981.

When does KBJ take the bench?

This summer, when Justice Stephen Breyer formally retires. But her confirmation doesn’t change the high court’s standing. It’ll still be a conservative majority of 6 to 3.

In SCOTUS’s 233-year history, there have been 115 justices. Now, in an increasingly polarized political climate, Jackson is the first Black woman to join the bench. She has persevered.

What’s going through it right now…

Pakistan. Yesterday, the country’s Supreme Court blocked PM Imran Khan’s attempt to stay in power. Pakistan's government has been facing heat for rising inflation and defections from the PM's party. Last week, Khan lost his majority. So this week, Khan tried to dissolve Parliament and bring on early elections. The move sparked outrage, with many calling it a constitutional crisis. Now, the Supreme Court is saying 'agreed.' And that Khan was out of line by doing so. ​​Tomorrow, lawmakers are holding a no-confidence vote. Khan blames criticism against him on a "US conspiracy."

Who’s handing in their resignation letter…

Russia. Yesterday, the UN voted to suspend Russia from the Human Rights Council. The update comes as images show bodies lying on the streets in Bucha, a suburb of Kyiv, after Russian forces left. It was only the second time in the UN's history that a country was kicked off from the council (see: Libya). But not the first time that sitting members of the council stood accused of human rights abuses. The Trump admin quit the council back in 2018, calling it a "mockery of human rights." Now, Moscow responded to being fired by reportedly saying 'you can't fire me, I quit.' Russian officials are calling it an “illegitimate and politically motivated step.”

These coaches. Yesterday, two Black coaches joined Brian Flores’ lawsuit against the NFL. Earlier this year, Flores was fired as head coach of the Miami Dolphins. He was one of only three Black head coaches in the league. Flores moved to sue three teams and the NFL for discrimination. Now, former Arizona Cardinals’ head coach Steve Wilks and assistant coach Ray Horton are teaming up with Flores. Wilks says he wasn’t given a chance to succeed as head coach. Horton claims he was given a sham interview for the Tennessee Titans head coach position. They are apparently calling for transparency in NFL hiring.

When you hear about the shortage of surrogates...

There's no shortage of fossil finds in North Dakota.