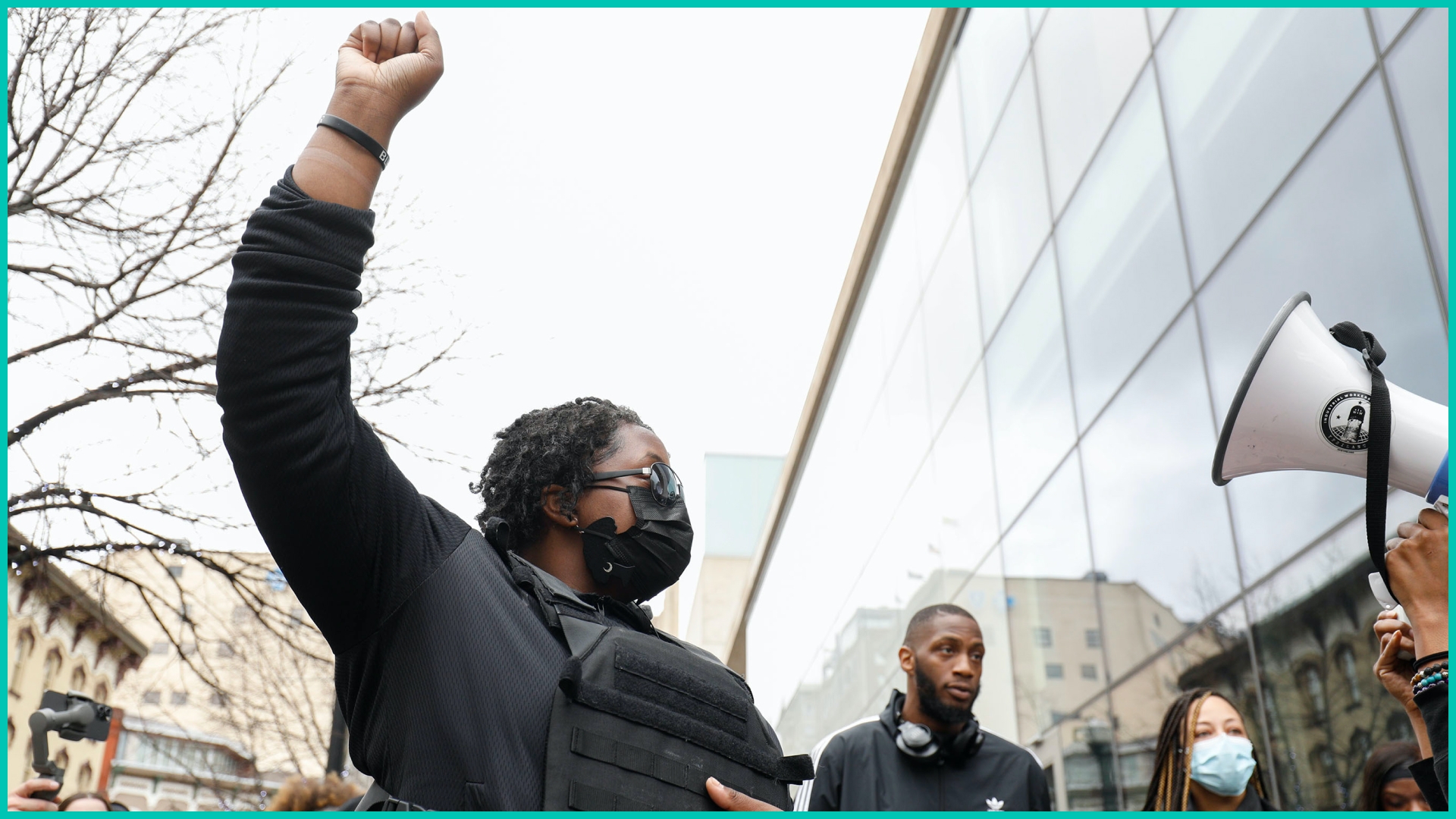 Police released videos of the killing of Patrick Lyoya.

On April 4, police stopped the 26-year-old Black man in Grand Rapids, Michigan. An officer asked Lyoya — who immigrated from the Democratic Republic of Congo — to get back in the car. After questioning whether Lyoya had a driver’s license, the officer grabbed him and Lyoya ran away. At one point, the officer tackled Lyoya to the ground, repeatedly asking him to let go of his Taser. Then the officer shot Lyoya in the head, killing him.

I can imagine the reaction.

Outrage. Grand Rapids has a majority white population. 18% is Black. And there’s a history of tensions with police (see: this, this, and this). The state’s Supreme Court is considering a lawsuit over the policy of photographing and fingerprinting when never charging a person with a crime. Lyoya’s killing also resonates on a national level: in the wake of the Black Lives Matter movement, the rate of police killings isn’t believed to have dropped. Last year, Black Americans accounted for 27% of those killed by police — twice the rate of white Americans.

State police are investigating the shooting. In the meantime, the officer is on paid leave. And the police chief refuses to name him without charges. Yesterday, hundreds protested outside the city’s police department. Lyoya’s family is expected to hold a news conference later today.

It's been almost two years since the death of George Floyd reinvigorated the Black Lives Matter movement. Since then, the death toll for Black Americans has risen in the hundreds.

Finland and Sweden. Yesterday, Finland’s government confirmed it was debating applying to join NATO. For decades, the Finns — who share a border with Russia — have shied away from the US-led alliance. Now, ever since Russia’s invasion of Ukraine Finland and neighboring Sweden are saying ‘actually let me reconsider.’ Yesterday, Finland’s government presented a report to the parliament to kick off debate, with Finnish PM Sanna Marin saying a decision could come "within weeks" — not months. The statement came as part of a joint news conference with Sweden, which is doing a similar security review to be wrapped up by May.

Parents. Earlier this week, major retailers including Target, CVS, and Walgreens said they were limiting purchases of baby formulas online and in stores. The news comes amid supply chain issues and a formula shortage after some brands were recalled due to reports of contamination. But the impact could be striking. Only a quarter of babies are exclusively breastfed. Meaning, 75% or more of babies in the US rely on formula for part or all of their nutrition. Pediatricians are saying to reach out to your child’s doctor for alternative options. Manufacturers say they are working on the issue.

PS: Here's why some moms opt to use formula, breastmilk, or both.

The Brooklyn subway gunman. Yesterday, police captured and arrested the man accused of shooting 10 people on a subway this week. The suspect — who had been on the run for over 24 hours — tipped off police about where to find him. The 62-year-old Black man had videos decrying racism and mental health treatment in NYC — specifically attacking Mayor Eric Adams (D) for his policies. He faces terrorism charges and life in prison.

Masks. Yesterday, the CDC extended the federal transportation mask mandate through May 3. Meaning masks up on planes, trains, and other types of public transportation.

While we’re keeping up with Kris and Kendall…

The Kardashians are kueued up.