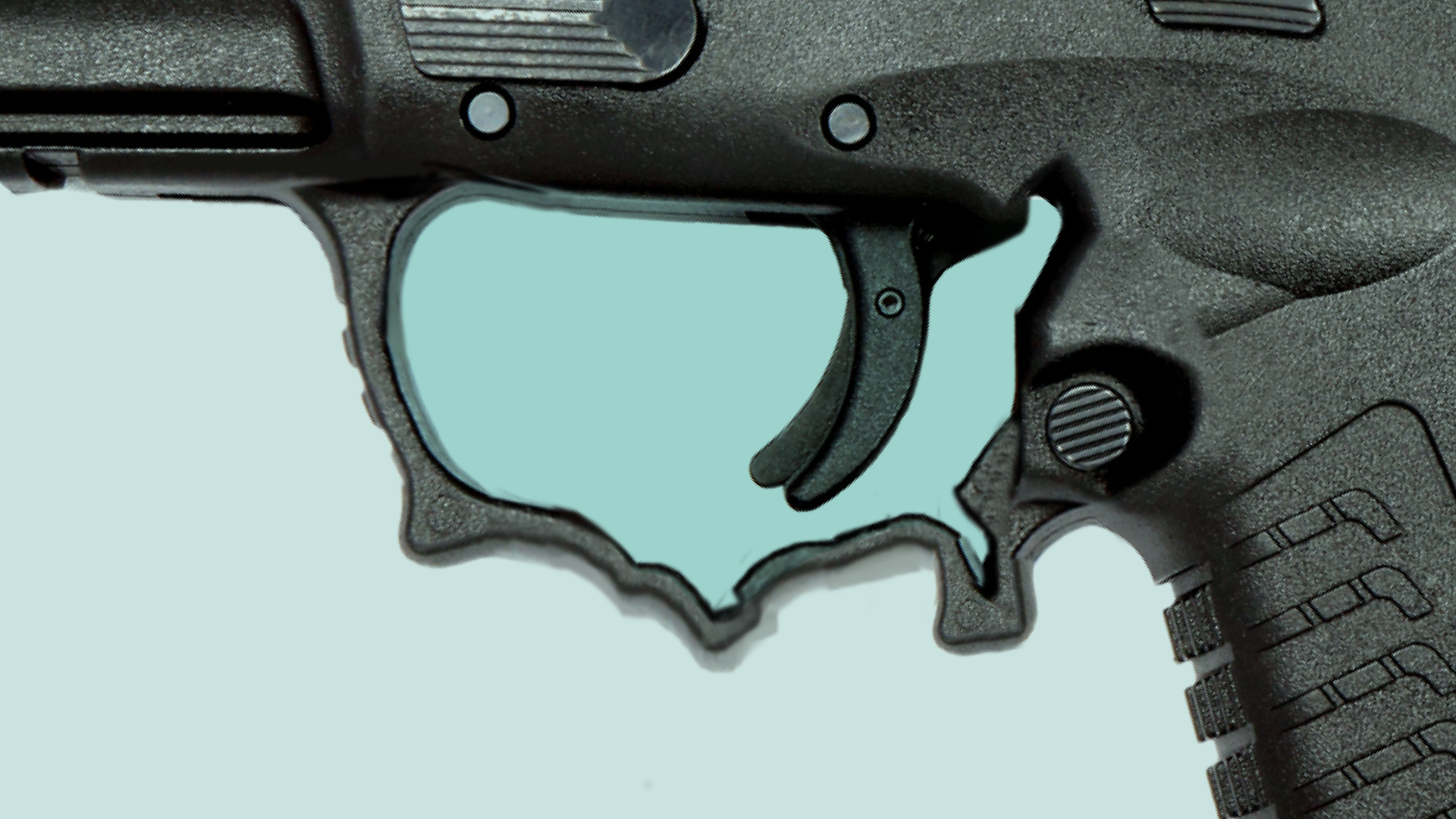 In Our Backyard: Memorial Day weekend is a lot of things. It’s the end of the school year, the unofficial start to summer, and a time to honor those lost in our nation’s wars. This year, though, our thoughts are also likely to be a little closer to home.

The country is still grieving the 21 people, including 19 children, who were murdered at an elementary school in Uvalde, Texas this week. And it isn’t the only mass shooting that’s top of mind. There was the grocery store in Buffalo, NY. And the church in Laguna Woods, CA. In fact, since 2022 began, our country has experienced more mass shootings than days of the year. Which has lots of people asking, ‘Why does this keep happening in America?’

Should we talk about it…

The Second Amendment? Yes. The US is one of only three countries in the world that gives anyone the constitutional right to keep and bear arms. And it's a right that some Americans take very seriously. Case in point: There are more civilian-owned guns in America than there are people. But with rising gun violence in the US, many have called on Congress to pass gun control legislation so that guns aren’t so easily accessible. Worth noting: In some US states, it’s harder to register to vote or to get a puppy than it is to buy a gun. But most gun control measures have been met with pushback or inaction.

In large part, the National Rifle Association — the most powerful gun rights group in the US. Which, by the way, is holding its annual convention in Houston this weekend, just a few hundred miles from Uvalde. In recent decades, the NRA has obstructed gun control in Washington through lobbying, 5 million extremely vocal and active members, and political donations to lawmakers like Mitt Romney, Marco Rubio, and former President Donald Trump. It successfully pushed Congress to roll back gun sale restrictions and to quash an assault weapons ban proposed after Sandy Hook. However, some think the org’s power is starting to fade due to financial and legal issues.

Where are lawmakers in all this?

Good question. Especially since an estimated 90% of Americans — as in, we the people — support background checks. Two bills to achieve that passed the House more than a year ago. Those are HR 8, a background check bill for all gun sales. And HR 1446, which would close a loophole that allows a gun sale to move forward if a background check takes longer than three days. Both have since collected dust in the Senate, since Dems know they don’t have the votes for them to clear the floor. And that’s unlikely to change. Nearly all 50 Senate Republicans, when asked after this week’s massacre, either refused to move background checks forward or declined to comment. But some Dems are still crossing their fingers.

How have other countries handled this?

Places like Britain, Australia, Canada, and New Zealand restricted gun access after mass shootings — and some included other measures, like buyback programs. Unlike in the US, many semiautomatic weapons (think: the AR-15) are restricted or banned in those countries as well. Plus, they have robust checks and licensing requirements. All in all, guns are an American epidemic. We are 25 times more likely to be killed in a gun homicide than people in other high-income countries.

This week, we witnessed the worst elementary school shooting since Sandy Hook in 2012. And the government has taken little to no action to protect its most vulnerable citizens.

PS: Learn more about the NRA’s grip on Washington here.

PPS: Traumatic events like this can take a toll on your health. Remember to take care of yourself.

‘Grandfluencers’ Are Sharing a New Vision of Old Age…meet the four “Old Gays” who are definitely having more fun than you.

Can Golden Hour Fix Your Brain?...why you might want to watch a week’s worth of sunrises and sunsets.

Welcome to the Era of Unapologetic Bad Taste…a look at why bad taste is now oh-so-good.

Memorial Day weekend is here, and many are planning to grill. Whether you’re hosting a casual hangout or a big backyard barbecue, consider sprucing up your space (think: string lights, extra pillows). And make sure you have all the essentials, like a grill set, a grill basket, and grilling planks.

Next, decide what to make. Classic options like burgers and hot dogs are sure-fire crowd pleasers. Or try something new and experimental, like a seafood spread (habanero BBQ shrimp, brown sugar-cured salmon) or a totally vegan menu with roasted veggie skewers and Mediterranean grilled tofu. Add a few star sides (loaded crispy potatoes, watermelon tomato salad) and desserts (brownie ice cream sandwiches). And whatever you choose, don’t forget to have a refreshing drink on hand — be it a cocktail or a mocktail.