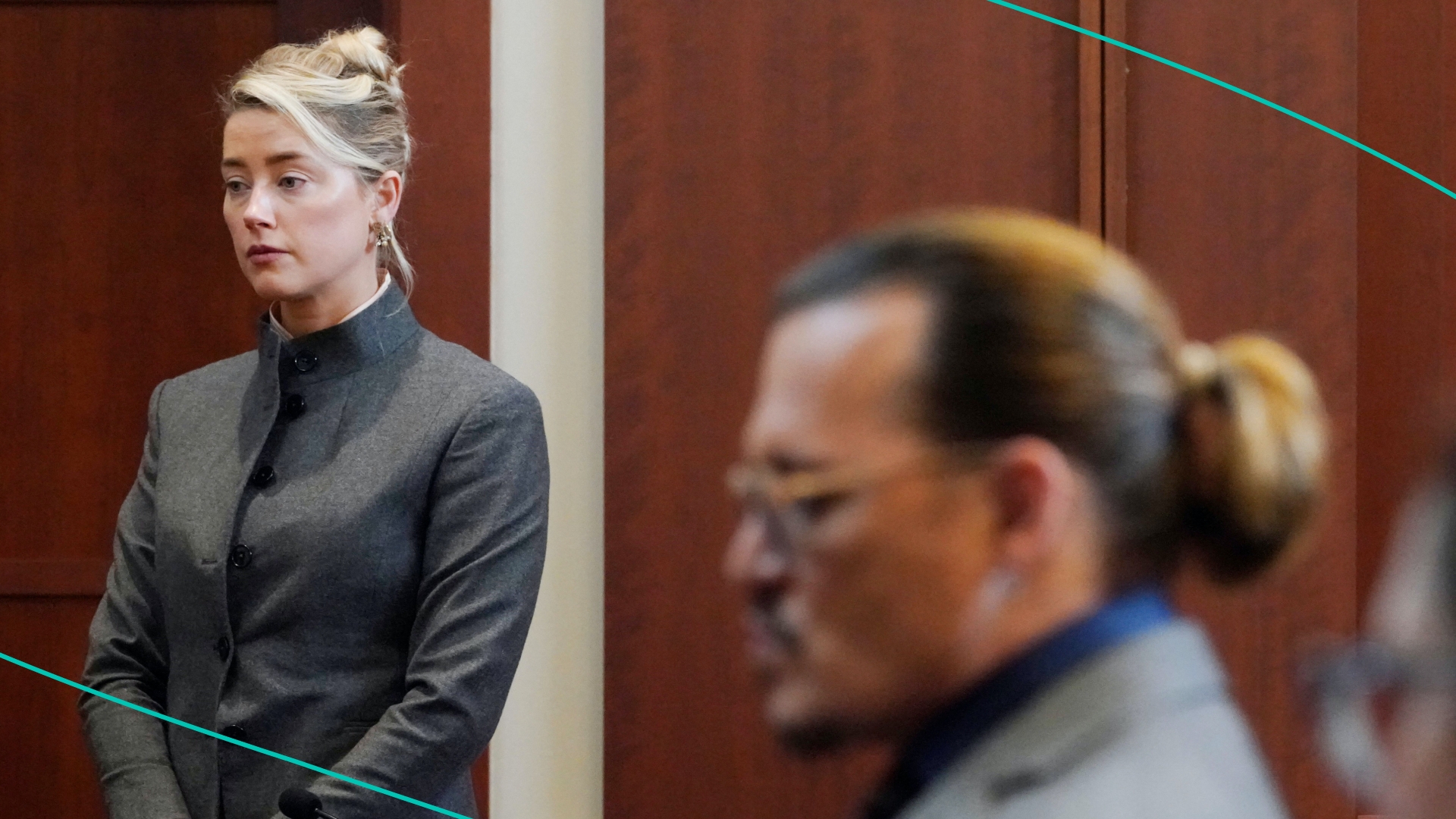 The jury has reached a verdict.

The Amber Heard-Johnny Depp trial. In 2018, Heard wrote a Washington Post op-ed about surviving domestic violence. Depp filed a $50 million defamation lawsuit arguing the article damaged his career and that he never abused Heard. She fired back with a $100 million countersuit, saying Depp defamed her when his lawyer called her abuse allegations a “hoax." The six-week televised trial between the film stars and former spouses had millions tuning in as both sides testified they were abused by the other. But reminder: this was a libel lawsuit.

So what did the jury have to do?

Jurors had to decide whether Heard’s op-ed amounted to defamation. Meaning, that she’d published the article (which never named him) with the intent to harm Depp’s career — and that the abuse claims the article alluded to were not true. The jury vindicated Depp and gave him over $10 million in damages. But jurors also found merit to Heard’s countersuit, and awarded her $2 million in damages after finding Depp defamed her through a comment his lawyer made. Worth noting: In a separate trial in 2020, a British judge ruled that Depp had assaulted Heard and put her "in fear of her life."

What does this mean for #MeToo?

The case was one of the highest-profile trials in recent years. Now, some domestic violence experts fear the doubts cast on Heard’s credibility could discourage victims from coming forward. But others cite examples of other high-profile cases (think: Anita Hill and Christine Blasey Ford) which sparked outrage and more people coming forward despite outcomes that did not favor women. After the verdict, Heard said she was “heartbroken,” and that the decision goes back to a time when a woman who spoke up could be “publicly shamed." Meanwhile, Depp said he feels “at peace” knowing he spoke the truth.

Millions of people followed Johnny Depp and Amber Heard's six weeks in court. The spectacle prompted nuanced discussions about abuse and domestic violence, as well as huge amounts of online vitriol. The trial is now over. But when it comes to the case's ripple effects, the jury's still out.

Tulsa, Oklahoma. Yesterday, a gunman opened fire in a medical building killing four people and injuring several others. Police believe the suspect — a man between 35 and 40 years old — took his own life. And said he was carrying a rifle and a handgun. Authorities called the shooting “catastrophic” and are investigating a motive. Gov. Kevin Stitt (R-OK) called it a “senseless act of violence and hatred.” The shooting came on the 101st Anniversary of the Tulsa Race Massacre. And comes amid a growing conversation about gun control legislation.

What will be carrying precious cargo…

United Airlines. Yesterday, it became the first airline to donate flights to help ship much-needed baby formula to the US. Since April, parents across the country have been struggling to find formula to feed their babies. And the crisis is getting worse. Starting next week, United will ship the equivalent of about 3.7 million 8-ounce bottles of Kendamil infant formula. It’s expected to hit shelves at Target stores across the country in the coming weeks. Another shipment from Australia’s also in the works.

PS: Moms across the country are still struggling to find formula for their kids. Here are (some of) their stories.

Sheryl Sandberg. Yesterday, the No. 2 executive at Meta — formerly Facebook — said she’s stepping down as COO after 14 years. Sandberg is credited for developing the social media company’s advertising business — helping it bring in over $100 billion in revenue. And is seen as one of the most important women in business. But the COO has also faced backlash for everything from the Cambridge Analytica privacy scandal to misinformation in the 2016 election. Now as Meta focuses on developing the metaverse, Sandberg wants to focus on personal philanthropy. She called the experience as COO “the honor and privilege of a lifetime” and plans to step down in the fall. Meta CEO and founder Mark Zuckerberg said he’s "grateful for everything" she's done.

The Biden admin. Yesterday, the Education Dept announced it's automatically wiping out $5.8 billion in student loans. The beneficiaries: borrowers who studied at Corinthian Colleges. In 2015, the for-profit college closed after accusations that it defrauded students. Now, about 560,000 borrowers will benefit from the dept’s largest student loan forgiveness ever.