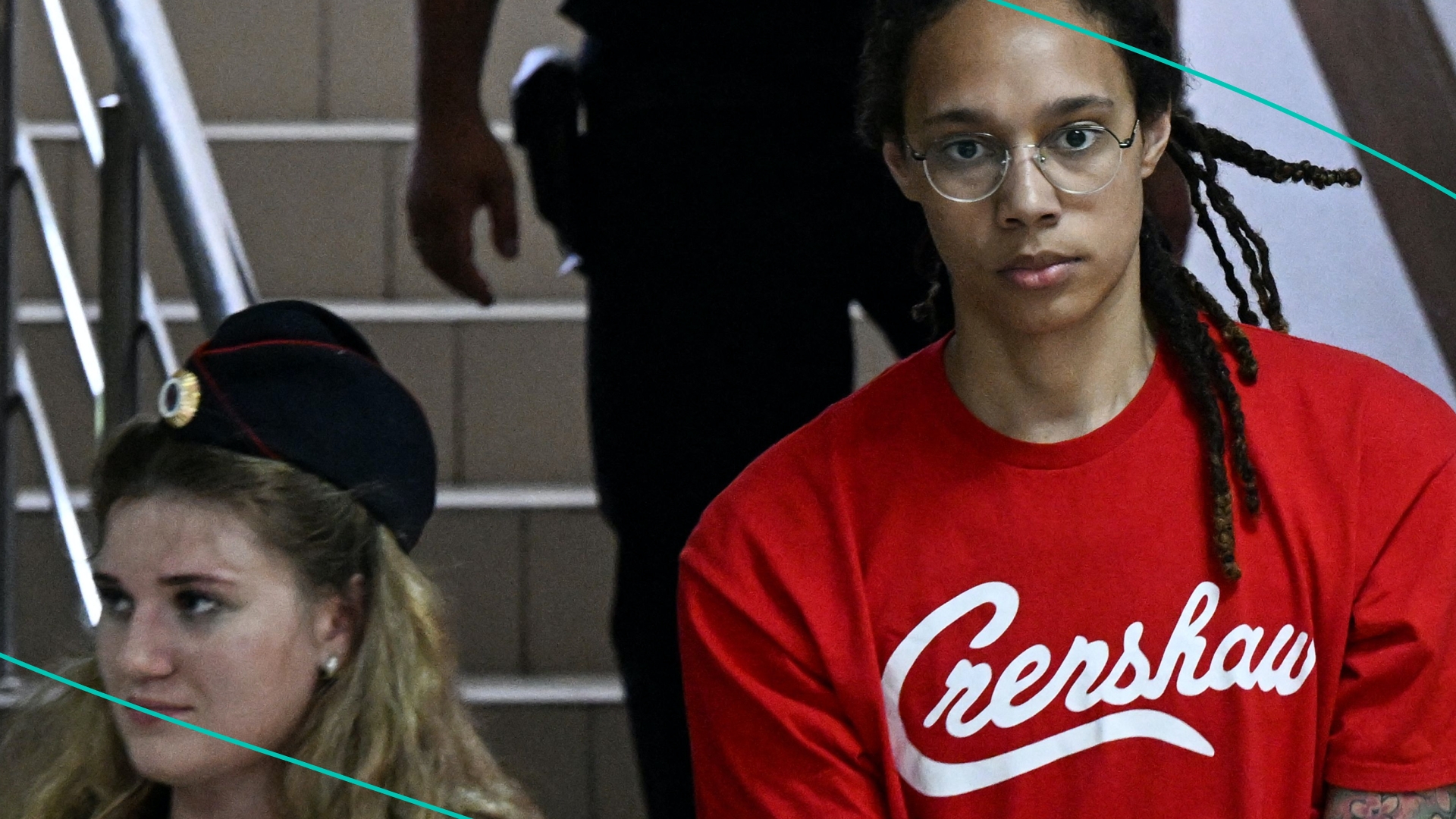 At yesterday's hearing, the WNBA star pleaded guilty to having illegal vape cartridges in her luggage back in February. But she told a Russian court “there was no intent” to break the law. Griner says she packed in a hurry and that cartridges “accidentally” ended up in her bags. That last part is key.

If Griner had pleaded ‘not guilty’ one expert says she could be seen as “spitting in the face of the system.” That move could push the courts to give her the maximum sentence: up to 10 years in prison. By saying she didn’t mean to break Russian law, it allows the courts to show Griner leniency (if they so choose).

Griner has another court hearing next week. Meanwhile, the US gov is trying to negotiate her release while the case plays out in court. Supporters are calling on the US gov to arrange another prisoner swap with Russia for Griner’s release but that’s TBD. Griner’s wife said Brittney’s “struggling” with every second that goes by.

Griner’s supporters worry she’s being used as leverage amid strained geopolitical tensions between the US and Russia. And with every day that goes by, one of the world’s best female basketball players is stuck in Russian custody.

PS: Have more questions about Griner and her case? We've got answers.

Former Japanese PM Shinzo Abe. Today, Japanese media reported that the former prime minister was assassinated. Abe was Japan’s longest-serving PM before stepping down because of health issues. And is still a prominent voice in the governing Liberal Democratic Party. He was campaigning for a candidate in western Japan ahead of Sunday's parliamentary elections when he was shot twice, including in the neck. He was airlifted to a hospital where doctors tried to resuscitate him but were unsuccessful. Now, police have arrested a male suspect who they believed used a homemade gun. Current Japanese PM Fumio Kishida called the attack “absolutely unforgivable.” World leaders are offering their condolences, and many are “shocked” by the attack.

Derek Chauvin. Yesterday, a federal judge sentenced the former Minneapolis police officer to 21 years in prison for violating George Floyd's civil rights. Last year, Chauvin pleaded guilty to violating Floyd’s constitutional rights when he knelt on his neck for 9 minutes and 29 seconds, killing him. Now, Chauvin — who is already serving a 22.5 year state sentence for murder and manslaughter— will be serving both sentences simultaneously as part of his plea deal. And could get parole after 17 years. After the sentencing, Chauvin said he wishes Floyd's children "all the best in their life." Floyd’s family said they're looking for "closure."

What people are talking about over tea...

The UK. Yesterday, British PM Boris Johnson formally announced he’s stepping down. The announcement — coming after waves of scandals — means it’s now up to his Conservative Party to handpick his replacement. And there are people already in the running. But the process could take months. In the meantime, Johnson said he’ll appoint a new cabinet to replace the more than 50 officials that have stepped down this week alone. And says he’ll serve as PM until his replacement is set up. But lawmakers are saying ‘don’t get cozy.’ And now, all eyes are on them as they hold an inter-party election to pick their next leader.

While we’re conjuring our inner Kesha this weekend…

“Stranger Things” isn’t done with us yet.