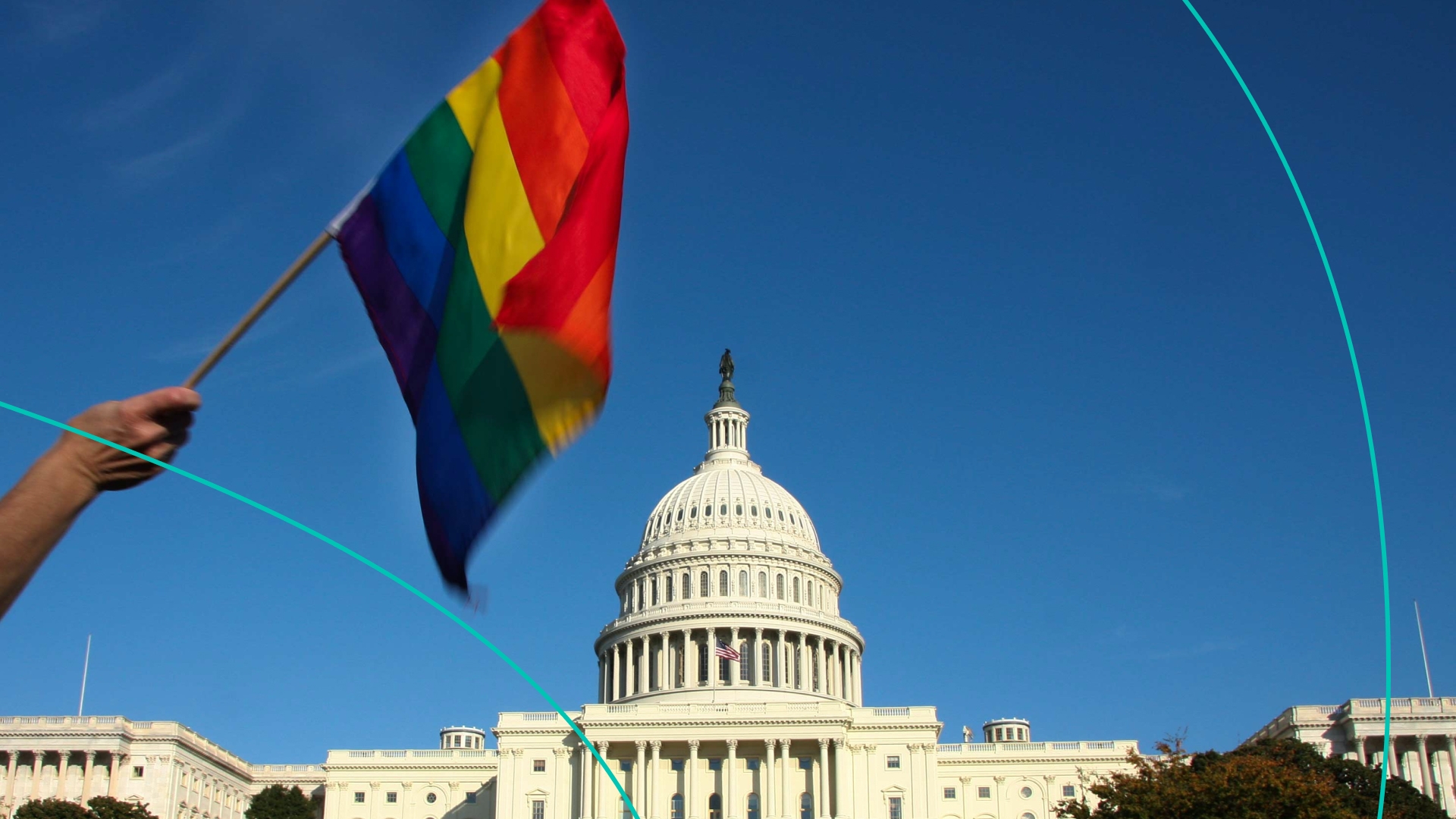 Marriage on the Rocks

Lawmakers are scrambling to protect same-sex and interracial marriages.

Yesterday, the House voted 267-157 to pass the Respect for Marriage Act, which would federally protect marriage between same-sex and interracial couples. The bill also repeals a 1996 law that only recognizes marriages as a union between a man and a woman. 47 Republicans out of 211 voted in favor. But many Republicans argued that the vote was the Democrats’ political ploy to appeal to their base. Dems say it's a direct response to Justice Clarence Thomas, who wrote a concurring opinion when SCOTUS overturned Roe v. Wade, calling on the court to “reconsider” the 2015 rulings that protect same-sex marriage. Some worry interracial marriage could be overturned next.

That’s up to the Senate. Because of the filibuster, the bill would need 10 Republicans for it to pass. So far, only Sen. Susan Collins (R-ME) has agreed to sign on. Senate Minority Leader Mitch McConnell (R-KY) has yet to weigh in. And Senate Majority Leader Chuck Schumer (D-NY) has yet to call a vote. Meanwhile, a poll last month found that over 70% of adults think same-sex marriages should be recognized by law

Rights that have been set in stone for decades are now up in the air. But these votes are forcing lawmakers to go on record with their stance — ahead of the November midterms that will determine which party holds power.

Ukraine’s first lady, Olena Zelenska. Today, she’s set to address Congress at 11 am ET. The goal: ask the US for more military and political support as the country faces ongoing attacks from Russia, particularly in eastern and southern Ukraine. And as Ukraine also says it's preparing a counter-attack. The news also comes days after Ukrainian President Volodymyr Zelenskyy removed two of his top officials, indicating they may have collaborated with Russia. But some are hearing alarm bells, speculating the firings are Zelenskyy taking advantage of his war authority to solidify power.

What could have some people rolling up their sleeves…

Novavax. Yesterday, the CDC gave the green light for the two-dose COVID-19 vaccine for adults days after the FDA cleared it. Unlike Pfizer’s and Moderna’s mRNA-based vaccines, Novavax uses the same tech as vaccines for hepatitis B and HPV — something that may or may not be appealing to the 26 to 37 million US adults who haven’t been vaccinated yet. But Novavax has already documented three cases of myocarditis, an inflammation of the heart muscle. It‘s a risk that is believed to be small compared to the risk of getting myocarditis from COVID-19 itself. Next up: the company will ship doses for distribution in the coming days.

Who’s saying ‘the sh*t show must go on’…

A judge to Elon Musk. Yesterday, a judge told the world’s wealthiest person to suit up for trial in October. This is over Musk’s effort to love bomb and then dump Twitter, accusing the company of undercounting the number of fake accounts on the platform. Twitter fired back at Musk saying 'it's just a bad case of buyer's remorse' and is suing Musk to make sure he sees the $44 billion buyout through. The company wants to finish the trial and close the deal by October 24. Always trying to keep things short, that Twitter.

What’s saying ‘allow me to re-introduce myself’…

Toys “R” Us and quadball.

Who did bad, but not that bad…