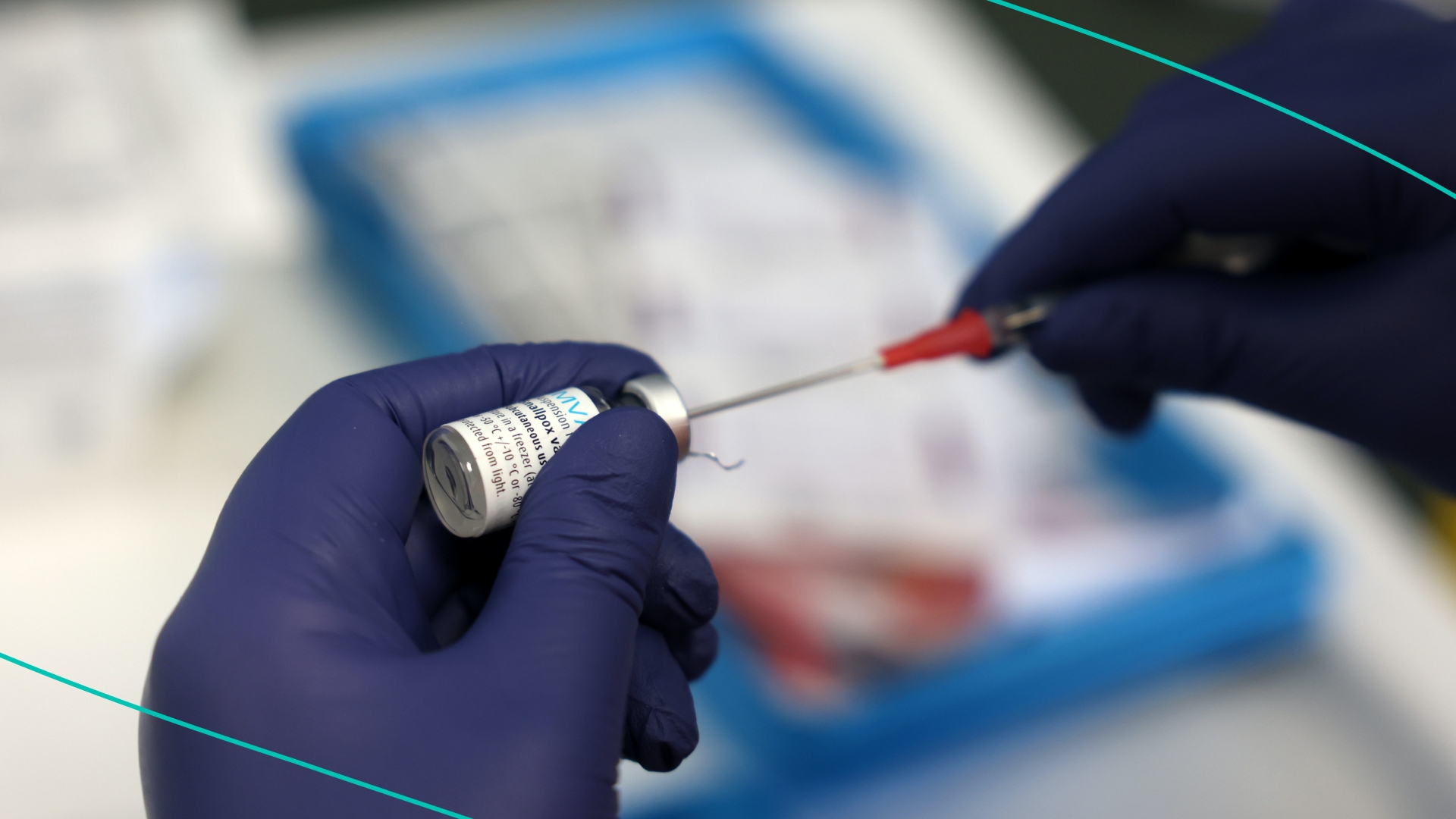 Can humans catch a break, or…?

No. On Saturday, the World Health Organization declared monkeypox a public health emergency. In other words, without a coordinated international response, this could escalate into a pandemic.

Monkeypox has been around since at least the ‘70s. But it has largely stayed confined to Central and West Africa. That all changed in the past two months, when cases started popping up around the world. There are now more than 16,000 recorded cases in over 70 countries — and almost 3,000 in the US alone.

What do we know about the disease?

It can cause a variety of symptoms, including fever and chills. Eventually, it can develop into a painful rash that can appear anywhere on the body — which is when the disease is believed to be most infectious. So far this year, there have been no recorded deaths in the US.

How do we stay safe?

By knowing how it spreads: largely through direct, skin-to-skin contact. It can also spread through respiratory droplets (think: face-to-face interaction). And possibly through bedding. In the current outbreak, the LGBTQ+ community has been disproportionately impacted. It’s brought up a lot of painful memories surrounding the HIV/AIDS epidemic, stigma, and when and how governments choose to acknowledge a health crisis and roll out treatment.

The US has access to two vaccines: one originally for smallpox and another that is newer, with fewer side effects. Both are in short supply. But the US could be ready to roll out hundreds of thousands more doses by the end of this month. Meanwhile, patients have reported struggles accessing treatment.

As much as no one wants to hear the word ‘outbreak’ anymore, here we are again. But experts say staying vigilant now can prevent the spread from getting bad to worse.

What could be looking up…

Grain exports. On Friday, Ukraine and Russia agreed to unblock shipments of grain. The deal aimed to help curb soaring global food prices, and end a logjam that the UN said might otherwise push 49 million people into famine or hunger. That’s because Russia and Ukraine reportedly supply about 40% of wheat in Africa. But the good news was short-lived: One day after signing the deal, Ukraine said Russia launched a missile attack on the southern port city of Odesa. Though Russia said it was targeting a military boat, Ukrainian President Volodymyr Zelenskyy said the move undermined trust in the deal. The attack on Odesa came as Ukraine works to retake the southern region of Kherson, which experts reportedly think could happen by September. And as Ukraine reported additional Russian shelling throughout the country.

Where people are keeping an eye out…

California. Over the weekend, Gov. Gavin Newsom (D) declared a state of emergency over a wildfire near Yosemite National Park. The fire — named Oak Fire — has forced thousands of people in central CA to flee their homes as firefighters battle the blazes. Thousands of homes and businesses have lost power. Officials say the low humidity and high heat — plus CA’s worst drought in decades — is a recipe for disaster. The state, along with much of the world, has seen wildfires get worse over the years as climate change rages on.

Steve Bannon. On Friday, a jury found the former President Trump adviser guilty of contempt of Congress. The Justice Dept had charged him after he refused to show up to a Jan 6 hearing despite being subpoenaed. He’s the first close Trump aide to be convicted amid the Jan 6 House committee's probe, and the first person to be convicted of contempt of Congress since 1974. Bannon, who called the committee “gutless,” faces up to two years in prison — and will be sentenced in October.

Who beat his PR and deserves all the high fives...

Another has us saying ‘Wakanda Forever.’