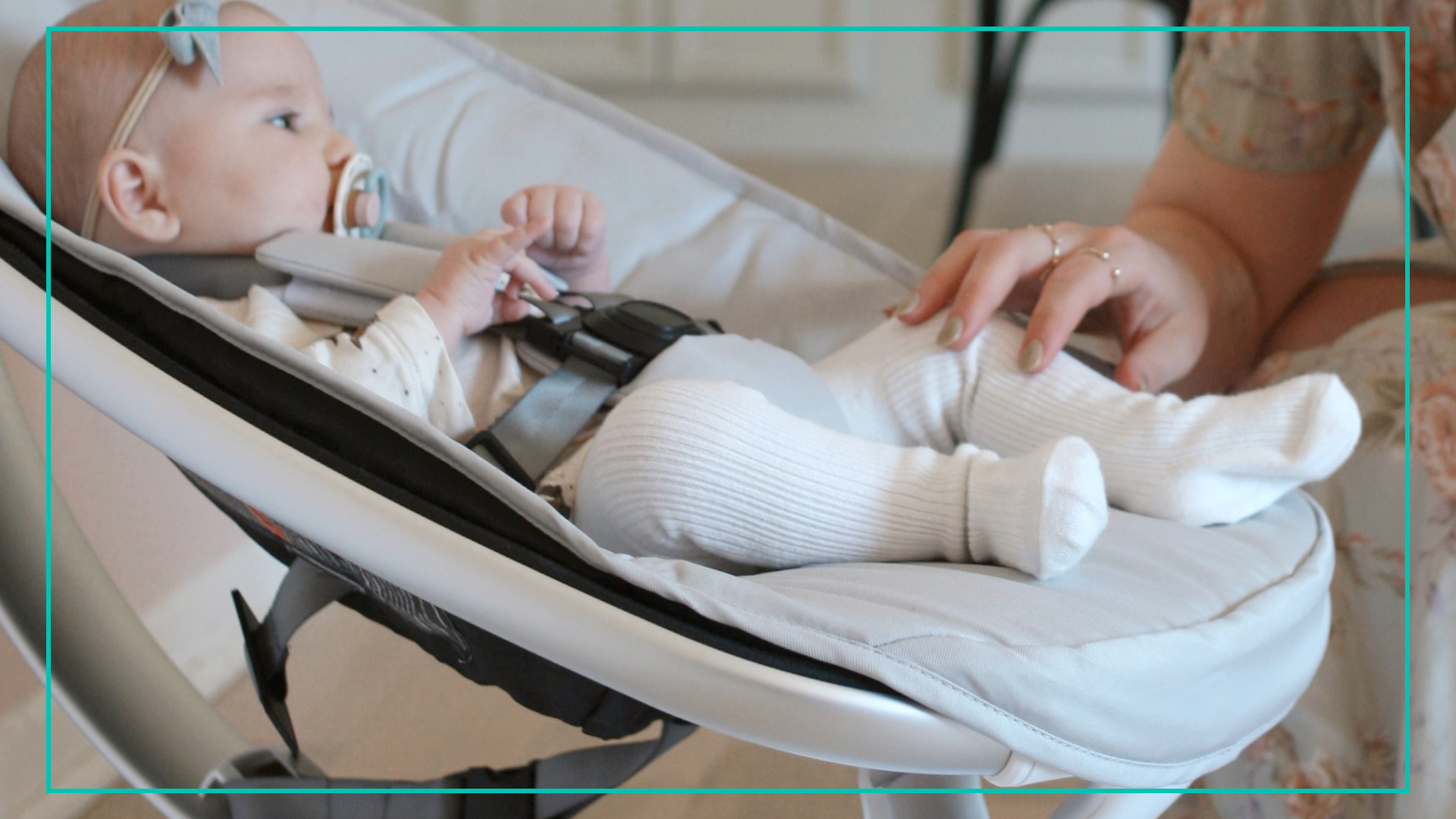 More than 2 million infant swings and rockers are being recalled.

This week, the baby product-maker 4moms is addressing safety concerns surrounding the MamaRoo Baby Swing and RockaRoo Baby Rockers. The manufacturer said they posed a strangulation hazard — particularly for crawling infants. That’s because when the swing itself is not in use, the restraint straps that dangle below the seat can become a problem. The announcement comes after one baby died and another was injured.

Yes. Over the years, baby swings and rockers have faced a number of recalls — especially inclined sleepers (like these). That’s why in June, the Consumer Product Safety Commission banned all infant sleep products with more than a 10 degree incline. But 4moms’ situation is a bit different since it involves the swing not being in use and the child under the seat.

What do I do if I have one?

The company said that customers with crawling infants should “immediately stop using the recalled swings and rockers.” And put them somewhere out of reach. Then, register for a free strap fastener that’ll stop it from dangling. (Note: There haven’t been incidents with the RockaRoo reported yet.)

Swings and rockers can be useful to help soothe babies. But they can also pose a threat to your child's safety — read up and stay safe.

PS: To learn more about the dangers of infant sleepers and rockers, check out our guide.

The primaries. Yesterday, Rep. Liz Cheney (R-WY) lost the Wyoming Republican primary to Trump-endorsed opponent Harriet Hageman. Cheney has been in Congress since 2016. And served as the Chair of the House Republican Conference — making her the third-ranking Republican in the House from 2019 to 2021. But she gained major backlash from her own party for her role in investigating the Jan 6 Capitol riot. And for voting to impeach former President Trump after the event. Now, she's promising to do "whatever it takes" to take on Trump and that "now the real work begins."

...Oh and speaking of talkers, President Biden officially signed the Inflation Reduction Act into law. The $740 billion legislation — which includes the biggest climate investment in US history — aims to cut the national deficit. Republicans don’t buy the branding and say it won’t fix inflation.

The FDA. Yesterday, it said it would allow some hearing aids to be sold over the counter and without a prescription to adults with mild to moderate hearing issues. About 30 million adults in the US experience trouble with their hearing, but only 20% actually use a hearing aid. That’s in large part because of social stigma, struggles with access, and high costs. (Think: averages more than $5,000 per pair.) And getting it covered by insurance is limited. Now, with the measure, the FDA estimates the prices could be lowered by about $2,800. So...still pricey, but less than half the cost. President Biden says the rule will help give people “more choices to improve their health and wellbeing.” The non-prescription hearing aids could be available in pharmacies and stores as soon as mid-October.

What has people worried….

The western drought. Yesterday, US officials announced that Arizona and Nevada will face water cuts for the second year in a row — in the midst of an extreme drought. Residents of those two states are part of the 40 million people who rely on water from the Colorado River that runs through seven states. The cuts will reduce how much water Arizona and Nevada receive by 21% and 8%, respectively. That change may sound small, but it's enough to impact farmers, tribes, and cities. If the drought continues, more water reductions could be on the way.

The NBA is benching everyone for Election Day.

While Snoop Dogg is giving us Snoop Loopz cereal…

Dunkin’ and Goldfish are getting along swimmingly.