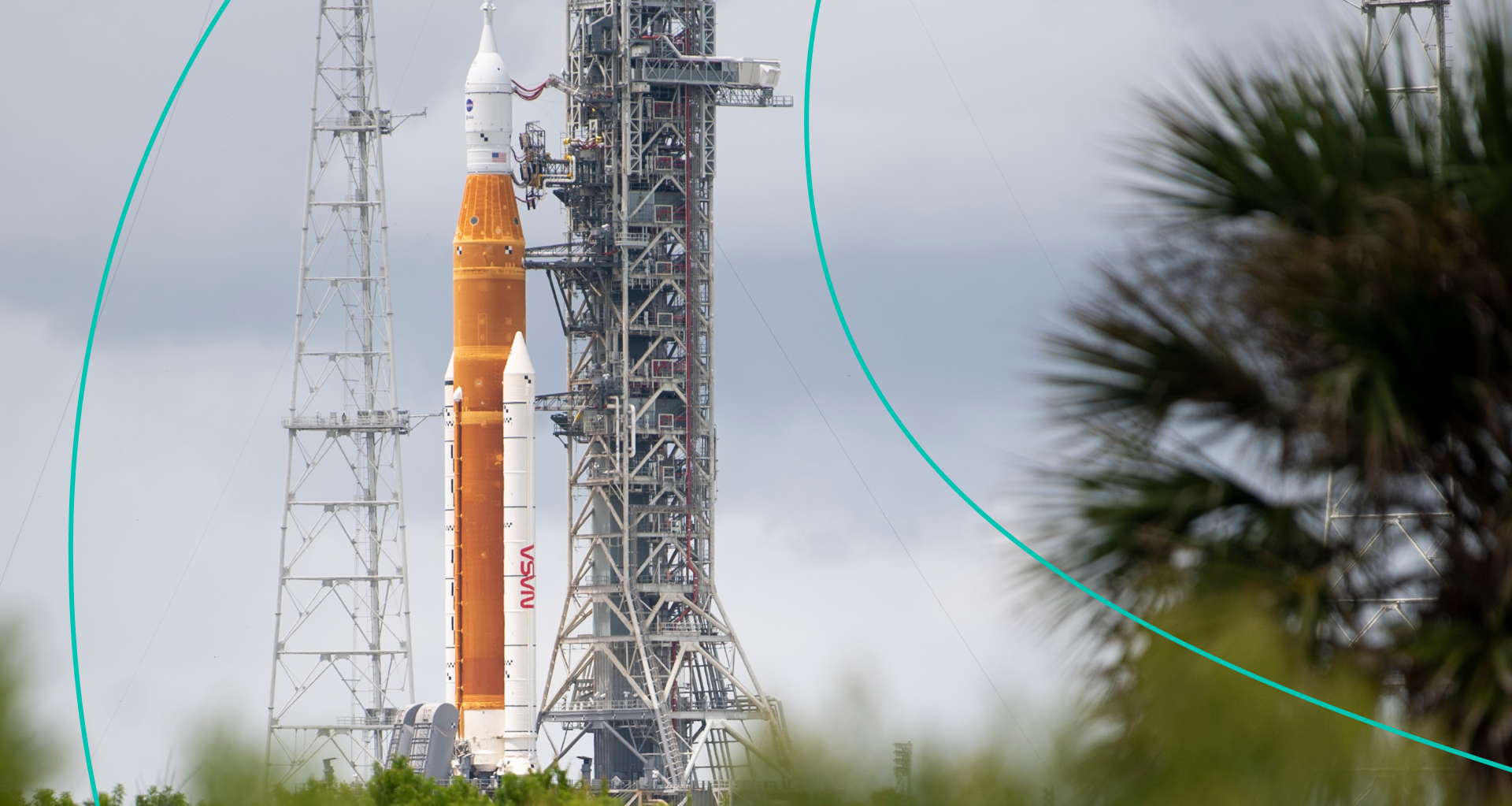 To the Moon and Back

NASA’s Artemis I mission is set to take off.

For the first time in nearly 50 years, NASA is launching a mission to the moon — using its most powerful rocket ever. There won’t be any astronauts on board. But today’s launch is a crucial test that marks the start of NASA’s eagerly awaited new lunar program. Now — specifically, at 8:33 am ET — it’s time for blast off. (Here’s how to watch.)

The mission’s spacecraft will travel more than 1.3 million miles around the moon over the course of 42 days. But ultimately this is all about preparing to bring humans back to the moon as soon as 2025...for the first time since 1972. NASA hopes to reach the moon’s unexplored south pole, where there might be ice in craters to support future crews. And it hopes to lay the groundwork for future missions to Mars by using the moon’s surface for training and testing.

NASA’s return to the moon has been decades in the making and cost billions to fund. Now it’s time to see whether the long-awaited program will give us the moon, or if expectations will have to come back to Earth.

What’s got us trying to read in between the lines…

The Mar-a-Lago affidavit. On Friday, the Department of Justice released a heavily redacted 32-page affidavit. It’s the document the FBI used to get a warrant to search former President Donald Trump’s home in August. The affidavit confirms that secret documents were recovered from Mar-a-Lago earlier in the year. Reminder: back in January, Trump’s team returned 15 boxes of government documents to the National Archives after taking them home from the White House. The affidavit says those included 184 documents labeled as “secret,” “confidential,“ or “top secret.” And contained info about “clandestine human sources“ (think: spies or informants) that could have been dangerous in the wrong hands. Fast forward to August: the FBI went back to Trump’s residence with their warrant, and found 11 additional sets of classified documents. The DOJ hasn’t commented beyond the release of the affidavit, but in June it said the documents hadn’t been “handled in an appropriate manner.“ Trump’s spokesperson says that there was no reason for a search and that it’s “all politics.”

Who’s saying ‘I did it first’…

Moderna. Last week, the Massachusetts-based company sued Pfizer and the German drugmaker BioNTech for patent infringement. Moderna says that Pfizer and BioNTech hit copy and paste on its mRNA tech for their COVID-19 vaccine. Moderna claims it filed the patents way back between 2010 and 2016. The company pledged not to enforce its patent when the pandemic was in full force. And it says it isn’t trying to get Pfizer/BioNTech vaccines off the market now. But it wants companies to respect its intellectual property and request proper permission to use its work. Both Pfizer and BioNTech responded that their work is original, and say they’ll defend themselves in court.

…Oh and speaking of vaccines, the Biden admin is expected to have Omicron-specific boosters ready around the week after Labor Day.

Missouri. This summer, Cassville R-IV School District in western MO gave the ‘OK’ to bring back spanking. The district told parents that it would start swatting students with paddles as a punishment for misbehavior. Kids would only be spanked if their parents give written permission — with a choice to opt out later. The district also claims it will only swat kids as a last resort and that it will not be done in front of their peers. Other rules: two workers must be present (the spanker and a witness) and they cannot hit students in the head or face. The measure is a school board response to a survey sent to parents, students, and staff, which found that parents were worried about student behavior. Many states have outlawed corporal punishment in schools — but Missouri is one of 19 that still allow it.

Who’s GOAT us in our feels…

Serena Williams. Tonight at 7 pm ET, the tennis legend will play her first round at the US Open. All eyes are on the court since this is expected to be her last tournament…ever. Watch the final curtain call here.

While the VMAs had us saying ‘Industry Baby’...

Taylor Swift had us up until midnight.