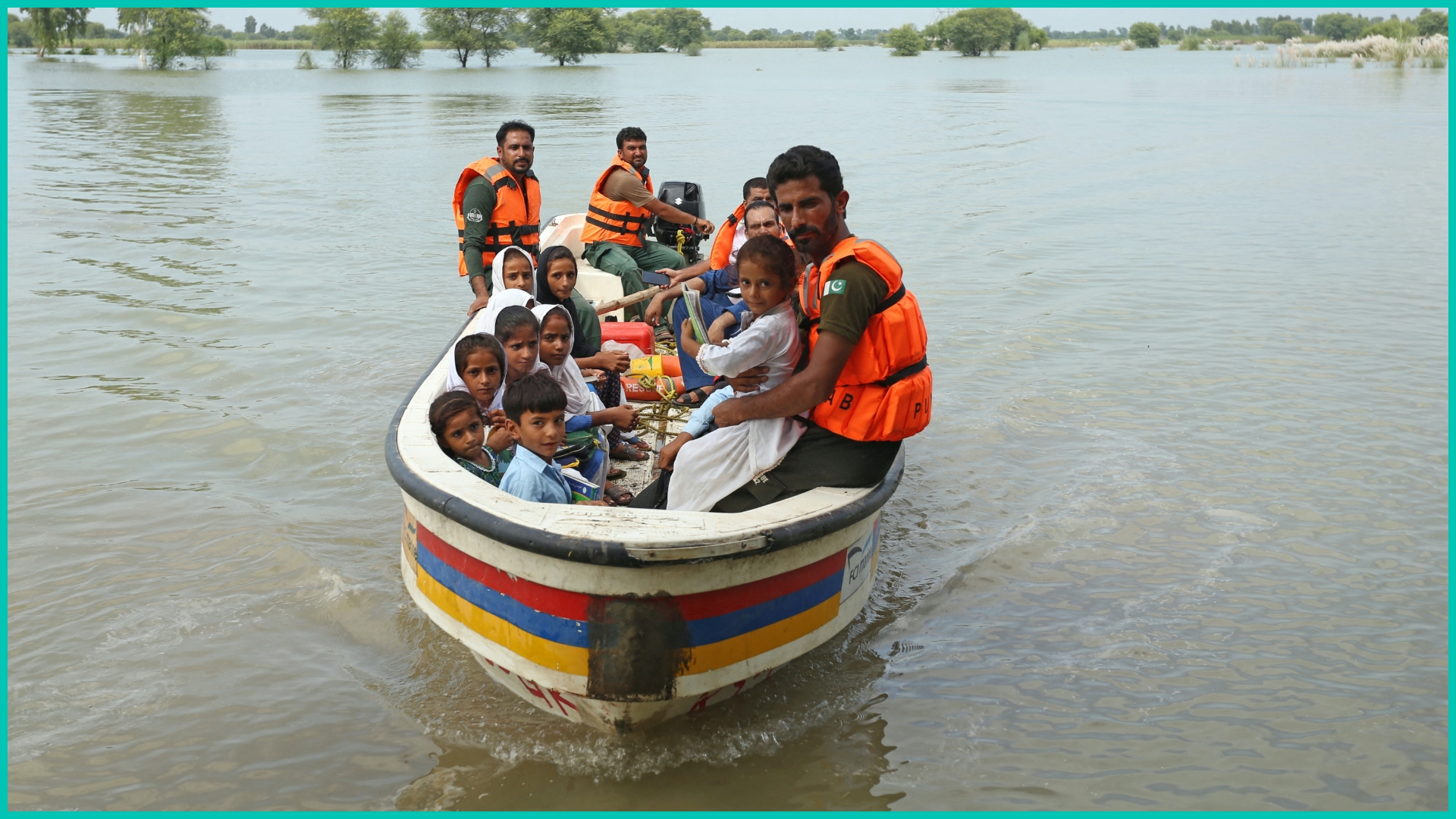 A third of Pakistan is underwater.

Yes. Every year, Southeast Asia is at an increased risk of flooding from monsoons. Pakistan typically sees three or four monsoon rains per season. But this year, the country’s seen eight. Since the monsoon season began in mid-June, more than 1,100 people in Pakistan have died from historic flooding. Of those, more than 300 are believed to be children. The flooding has destroyed hundreds of thousands of homes, cut off entire villages, and affected at least 30 million people.

Government officials are calling it a “climate catastrophe.” And say the country's “ground zero” for extreme weather events. In the past year, Pakistan's also experienced heat waves, forest fires, and glacial lake outbursts (think: when melting glaciers violently burst through dams). Now, army and aid workers are struggling to rescue stranded residents. And the gov — already struggling with an economic crisis — is asking the international community and IMF for help. But relief efforts are expected to take a long time due to all the flood damage.

Monsoon seasons can be devastating. But Pakistan's facing its heaviest rains in three decades. And the country's turning to the world for help.

What we’re keeping an eye on…

Ukraine. Yesterday, the country launched a counteroffensive to retake the southern port city of Kherson. It’s the only regional capital that Russia has successfully captured since its invasion six months ago. The Kremlin has reportedly launched repeated attacks from Kherson, which is also a key location because of its proximity to the Black Sea. The counteroffensive comes as UN inspectors are en route to the Zaporizhzhia nuclear power plant (Europe’s largest). Shelling there has raised concerns of a potential nuclear disaster. And prompted local officials to hand out iodine tablets, which can help block the absorption of radioactive iodine. Now, UN officials are stepping in to assess any damage to the plant.

What’s got people hitting ‘refresh’ on their feeds…

The Mar-a-Lago raid. Yesterday, in a court filing, the Justice Dept said it completed its review of documents seized from former President Trump’s home. But that’s not all: A specialized team identified docs that could include info protected by attorney-client privilege. Important, because Trump wanted a special master — a third party — to carry out their own review. Now, the DOJ appears to be saying, 'too late.' A federal judge could make the final call in a hearing scheduled for Thursday. In the meantime, the DOJ’s expected to release more info today — including a detailed list of the items it seized during the raid.

The GOAT. Yesterday, Serena Williams defeated Danka Kovinic in the first round of the US Open. The tournament's expected to be the last of her career. But don't wave goodbye yet. She'll hit the court at least two more times — including for doubles with her sister Venus. Retirement can wait.

What ended up being an Artemis foul…

The Artemis I launch. Yesterday, NASA postponed the launch of its moon rocket at the last minute thanks to engine troubles. Relatable. Next up: it could attempt another launch this Friday…or later next month.

Why Harry Potter must not go back to Hogwarts...

He’s busy playing "Weird Al" Yankovic and having a fling with Madonna.