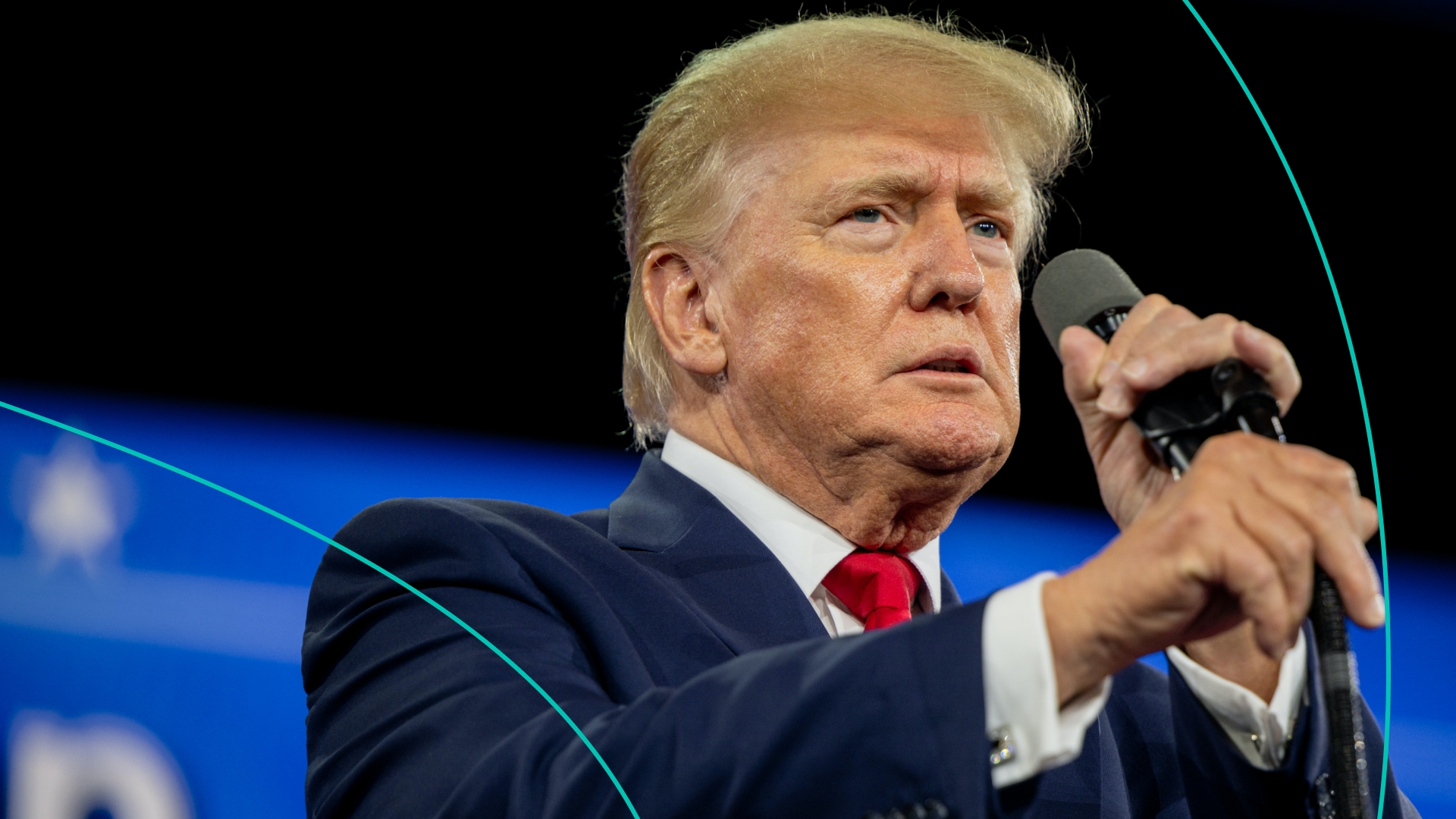 I Love It When You Call Me Special Master

Former President Donald Trump and the Justice Dept are squaring off in the courtroom.

Can we untangle this web?

The National Archives and Records Admin has spent months trying to get back classified documents from former President Trump. In January, Trump’s team sent 15 boxes of records back. But the National Archives flagged the DOJ to investigate potential mishandling of the records. That led to an FBI search last month at Trump’s private residence Mar-a-Lago and the recovery of more than 100 classified docs. And earlier this week, the DOJ says it has evidence Trump and co. “likely concealed and removed” classified docs before the search.

Last week, Trump’s lawyers had made a request for a special master to be appointed to the case. Yesterday, a federal judge began hearing arguments from both sides. It also marks the first time Trump’s lawyers argued in court about the Mar-a-Lago search.

Yup, we got you. It’s a fancy title for a third-party attorney that the court picks. In this case, they would review all of the evidence the FBI collected from Mar-a-Lago to see if anything was taken that’s not covered by the warrant.

Why does Trump want one?

His lawyers are arguing that some of the material the FBI took might be protected by attorney-client and executive privilege.

How likely is it that the judge will appoint one?

Pretty likely. The judge gave notice indicating she plans to appoint a special master. But TBD when she’ll issue a decision.

This procedural step could have big implications for the Mar-a-Lago saga. Appointing a special master could delay the DOJ’s review of the docs. Especially as the judge considers if former presidents can claim executive privilege.

Yesterday marked the first time the Mar-a-Lago saga made its way to the courtroom. There are still lots of unanswered questions about the Mar-a-Lago search, why Trump had the documents or what exactly was in them. A special master could give more answers, slow the process down, or both.

Updated COVID-19 booster shots. Yesterday, the CDC director signed off on the shots, allowing them to jump the final hurdle before distribution. Pfizer and Moderna have tweaked their recipes to target Omicron subvariants BA.4 and BA.5, as well as the original COVID-19 strain. Anyone 12 and up is eligible to get a dose of Pfizer's booster, while Moderna is offering theirs to anyone older than 18. And people who already got their primary series or are boosted can also get in on the action — as long as their last shot was more than two months ago. Now that the CDC signed off, new boosters are set to roll out at doctors’ offices and pharmacies. Check for updates here.

Test scores. Yesterday, the National Assessment of Educational Progress (aka the Nation’s Report Card) said kids’ math and reading scores saw the largest dip in 30 years. Right before the pandemic hit, thousands of 9-year-old kids were tested in both subjects. Fast forward to 2022, and a fresh set of students took the assessment. But this time around things aren’t adding up. Those in the bottom 10th percentile saw their scores drop by 12 points in math. That means many third and fourth graders are apparently struggling with reading comprehension and adding fractions with common denominators. Kids of all races are affected. Educators are saying the pandemic is the clear culprit (we all remember the mess remote learning created). One expert said it erased progress and “exacerbated the inequality.”

Twitter. Yesterday, the social media company announced it would test an edit button — a feature people have requested for years. Earlier this year, Twitter tweeted it was working on it. (Who can forget that spicy Elon Musk poll.) Now, anyone who’s paying $4.99 to join Twitter Blue will be able to edit their heart away later this month…with a few caveats. Tweets can only be edited “a few times” within 30 minutes from when they’re published and any edited tweet will have a timestamp. People can also see a tweet’s edit history. And not everyone is pumped: some are worried that bad actors could take advantage of the edit button to spread misinformation (think: by adding it to a tweet that's going viral). Oh, and Twitter said it’s keeping eyes on engagement to see if it should roll the edit feature out to everybody.

This. Earlier this week, researchers at MIT said a scaled-up version of a toaster-sized machine (the Mars Oxygen In Situ Resource Utilization Experiment, aka MOXIE) could one day help humans breathe on Mars. The tiny machine can flip carbon dioxide into oxygen — very important since Mars has plenty of carbon dioxide and is somewhere humans would like to reach soon. Meanwhile MOXIE’s been on the Red Planet for over a year, generating air about as efficiently as a small tree. Hopefully it lives up to the hype that Artemis I couldn’t…

There’s another premiere you shall not pass.