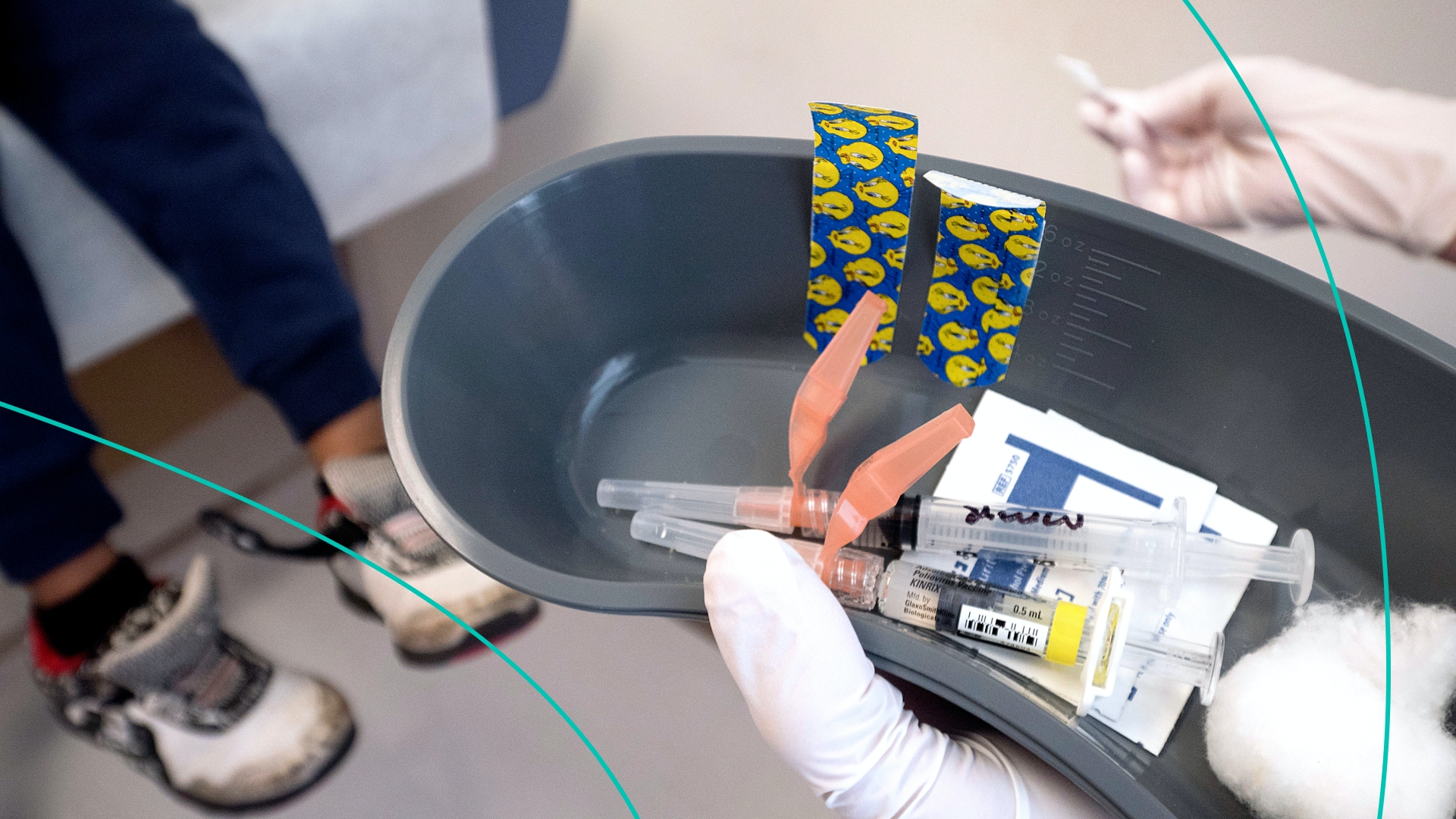 New York has declared a state of emergency.

Yes. In the 20th century, the virus infected tens of thousands of people. By 1952, the polio epidemic was the worst outbreak in US history. There were nearly 60,000 reported cases of the infectious disease. Thousands of people were left paralyzed and more than 3,000 died — with kids suffering some of the worst impacts. Scientists were able to get a vaccine on the market in 1955. And in 1979 the US was polio-free. But now, the virus has been detected in New York.

Over the summer, New York confirmed its first polio case from an unvaccinated adult in Rockland County. Wastewater samples in NYC and three other counties have since tested positive for the virus — with an estimated hundreds of people infected. Now, state and local officials are racing to make sure people are vaxxed. NY Gov. Kathy Hochul (D) declared a state of emergency to include pharmacists, midwives, and EMS workers as medical workers who can administer the vaccine. Nearly 80% of NY state residents are vaxxed for polio, but officials want to see that number climb above 90%.

Should I be worried?

The Rockland County case is the only confirmed one in the US. There’s no cure for polio, but the vaccine is extremely effective — with three doses 99% to 100% effective. And about 93% of toddlers in the US have gotten all three. So check your records, ask your parents, or call your doctor. But for now, it’s not an epidemic.

New York’s emergency declaration is a reminder that even if a virus was eradicated once before, it can resurface. And getting vaccinated could help prevent its spread.

Where the tide could be turning…

Ukraine. Over the weekend, the war-stricken country gained crucial territory in its efforts to fight off Russia. Ukrainian forces have entered the eastern city of Izium — just five days after Ukraine began its offensive in the northeast Kharkiv region. Thousands of Russian troops have since retreated. Russia’s been using Izium — a major transportation hub — to provide supplies for its troops in northeastern Ukraine for months. Ukraine has also freed other villages in the Kharkiv region. Now, as the war hits 200 days, Western officials say Russian troops are becoming “increasingly isolated.” This also comes as Ukraine pushes forward on its offensive in the Russian-held southern port city of Kherson.

What’s asking for the itemized receipt…

Visa. Over the weekend, the world’s largest payment processor said it will start categorizing gun store sales. Almost every purchase has its own code on a credit card — including places like supermarkets, clothing stores, and coffee shops. But gun store sales show as “general merchandise.” Gun control advocates have been pushing for that to change. For example, they’ve pointed to the 2016 Orlando shooting, when a gunman used credit cards to spend $26,000 on guns and ammunition in the days leading up to the attack. Supporters say if categorized differently, that money could have been flagged as suspicious activity. Now, Visa — joined by American Express, MasterCard, and others — is making the switch. But there are concerns…

Galleri. A new blood test has reportedly shown the potential to predict multiple types of cancer, early. The Galleri test looks for cancer DNA in the blood. Now, during a trial with more than 6,600 adults ages 50 and up, the test correctly found tumors or cancer in more than 30 people — including cases of breast, ovarian, pancreatic, and blood cancer. Most of these cases involved forms of cancer people don’t normally get screened for. And many were in the early stages. NHS in England has called it a “gamechanger.” Doctors believe it could eventually save countless lives. Next up: a trial with more than 160,000 people is expected to wrap up next year.

While the Buffalo Bills are scoring on the field…

US Open winners scored on the court.

What’s always part of our world…