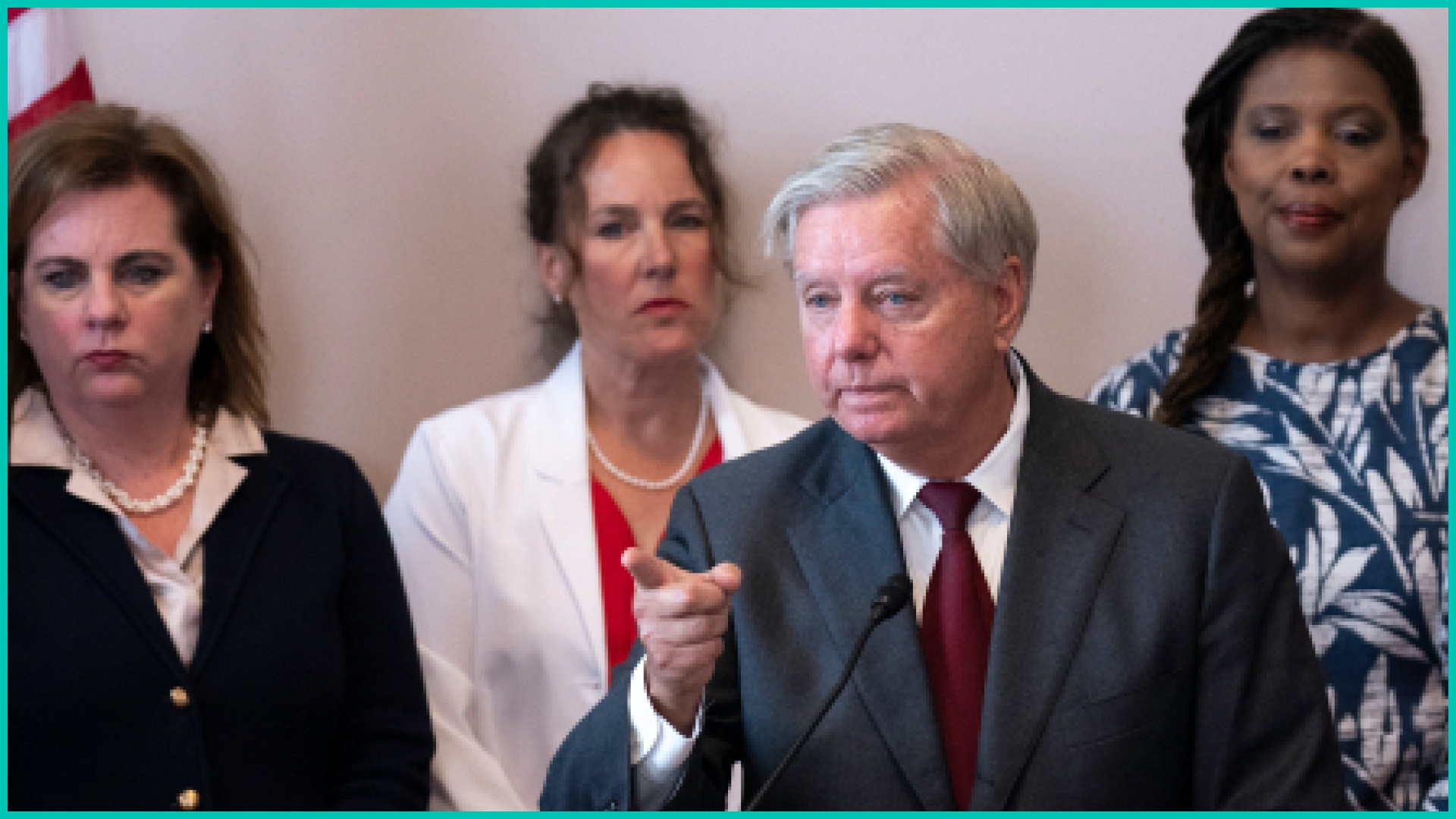 There’s now a bill in Congress to ban abortion on the national level.

Yesterday, Sen. Lindsey Graham (R-SC) intro’d legislation that would ban abortions after 15 weeks of pregnancy. There would be exceptions in instances of rape, incest, and if the mother’s life is in danger. And states with stricter laws could keep their bans. But the proposed nationwide cutoff — which Graham pitched as a way to combat “late-term abortions” — comes before many fetal anomalies are discovered around the 20-week mark. Graham apparently said he didn’t know if his bill would allow for abortions in those cases.

Anti-abortion activists have been calling for a law like this. And some Republicans have supported an earlier version putting the cutoff at 20 weeks. But yesterday’s bill comes less than 60 days before midterms — and after Kansas voters rejected an anti-abortion measure. Now, some Republicans in the Senate are distancing themselves. Senate Minority Leader Mitch McConnell (R-KY) says this issue should be handled at the state level. And other key members in the GOP have outright rejected it. But the Hill isn’t the only place with an abortion update…

Yesterday, West Virginia lawmakers passed one of the most strict abortion bans in the country. If signed, abortions will be banned except in cases of medical emergencies. There are also exceptions for rape and incest victims, who have until eight weeks of pregnancy…but only if they report the assault within 48 hours of getting an abortion. Now, the bill goes to Gov. Jim Justice (R-WV) to sign it. One state Dem said the language of the law could lead to “maternity deserts” as doctors might worry they could be prosecuted.

Graham’s abortion bill didn’t receive the warm welcome he was probably hoping for. But the mixed reaction shows how much of a divide there is in the Republican Party over the issue…weeks before Election Day.

Ken Starr. Yesterday, the former independent counsel died of complications from surgery. He was 76. In the 1990s, Starr became a household name for leading the Whitewater investigation into former President Bill Clinton. The years-long investigation started with a focus on real estate transactions and ultimately led to the second-ever impeachment trial in American history. In 1998, his 445-page Starr Report crashed gov servers because of millions of downloads — and was known for detailed descriptions of sex acts between the president and former White House intern Monica Lewinsky. Starr was also part of former President Donald Trump's legal team during his 2020 impeachment trial and helped Jeffrey Epstein get a plea deal in 2008. Senate Minority Leader Mitch McConnell (R-KY) remembered Starr as a "brilliant litigator." Lewinsky said his death brought up ”complicated feelings.”

Armenia and Azerbaijan. Earlier this week, clashes erupted between the two former Soviet countries along the border — killing nearly 100 troops from both sides. It marked the worst bout of fighting between the two since 2020, over the disputed territory of Nagorno-Karabakh. Russia later brokered a cease-fire that put an end to the fighting and Azerbaijan occupied the region. Now, both sides are blaming each other for provoking the attacks and world leaders are worried that this conflict could further escalate. Turkey, Russia, and the US are all calling for an end to it. And Russia’s attempt to broker another cease-fire hasn’t gone anywhere.

Where there are concerns…

San Francisco. Earlier this week, a woman sued the city after her DNA from a rape kit was used to arrest her for an unrelated crime. In February, it came out that the police department hadn't just been saving DNA samples from the assailants…it was also storing the samples of victims. For years. And keeping those samples to test them against a database of other crimes. SF’s district attorney dropped the property crime charges against the woman whose DNA was collected from a 2016 rape kit…even though she was the victim, not the assailant. Now, she says she’s been ​​“re-victimized” by an “unconstitutional” practice used by the police department. The state is moving to ban using rape DNA for unrelated cases, and it awaits Gov. Gavin Newsom’s (D-CA) signature.

What’s not looking up…

The economy. Yesterday, the Labor Dept reported an 8.3% jump in the Consumer Price Index from last August. The CPI measures the average price of things like food, clothing, and housing. Despite gas prices slowly dropping, the CPI was higher than expected. It was bad news for the stock market, which then suffered its biggest drop since June 2020. The market shock came the same day that President Biden celebrated his Inflation Reduction Act — which, despite the name, isn't expected to bring down prices anytime soon. And has Republicans asking, 'what's there to celebrate?' Now, the Fed's expected to hike interest rates by 75 basis points when they meet next week. But economists worry that another interest rate increase could tip the country into a recession.

Who’s trying to force a relationship…

Gisele Bündchen wanting her husband to be “more present.”

What’s stepping up its inclusivity…