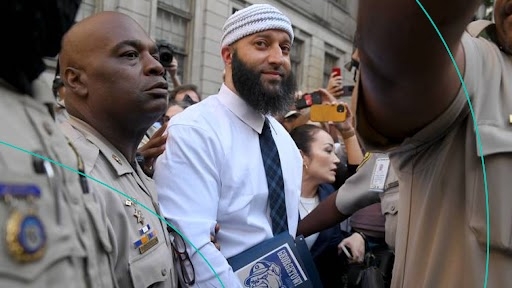 In 2000, the Baltimore teen was sentenced to life in prison for the 1999 death of his high school ex-girlfriend Hae Min Lee. There was no direct evidence tying Syed to her death. But circumstantial evidence found that cell phone tower data indicated Syed was near the park where Lee’s body was found. A friend of Syed’s at the time — Jay Wilds — also said that he had helped Syed bury Lee’s body. Another friend, Asia McClain, testified that Syed was at the library on the day of Lee’s killing. Yesterday, a judge tossed Syed’s conviction.

Let’s take it back to “Serial.” In 2014, the podcasting industry attracted less than 40 million listeners. But a new show changed that. “Serial” followed host Sarah Koenig as she dug into the case against Syed. And the inconsistencies and inadequate representation that may have played a role in his verdict. The podcast was a massive success — garnering 340 million downloads by 2018 and catapulting the true-crime podcasting industry. For years, Syed’s lawyers pursued additional hearings based on new findings following the series’ release. But each one had been denied — until last week.

This time it was the prosecutors themselves — representing the state of Maryland — who called for Syed’s conviction to be overturned. They said the cell data technology was unreliable, only tracing incoming calls. And that their predecessors failed to follow through on two other suspects (but didn’t name them). A Baltimore judge agreed and released Syed from prison but placed him on home detention. Prosecutors have 30 days to start a new trial or drop the case entirely. Lee’s brother said he felt “betrayed” by the prosecutors. And called the ordeal a “never-ending nightmare.”

This isn’t just a case about one person — it’s a case that highlighted everything from the power of the media to questions over the criminal justice system. Now, eight years after its debut, the subject of “Serial” will walk free. But Hae Min Lee's family is no closer to finding out what happened to her.

Mark Frerichs. Yesterday, the Biden admin said it exchanged the Navy vet and engineer for an Afghan heroin kingpin. In 2020, while working in Afghanistan, Frerichs was taken and held by a Taliban-linked org. Bashir Noorzai was serving a life sentence for drug trafficking charges and had been in US custody since 2005. As part of the deal, President Biden says he made the “difficult decision” to grant Noorzai clemency in exchange for Frerichs. The swap comes after months of negotiations with the Taliban. Frerichs’ sister said Biden did “what was right.” But critics said the country should not be “negotiating with terrorists.” Meanwhile, the Biden admin is under pressure to bring home other Americans detained in foreign countries (like Brittney Griner and former Marine Paul Whelan).

Book bans. Yesterday, a new report found that more than 1,600 book titles were banned in schools over the past year. That’s because of at least 50 advocacy groups, like Moms for Liberty, which are pushing to ban books — including a large percentage of titles covering LGBTQIA+ topics or with protagonists of color. Supporters say this is about parents having control over what their children learn. But the report says the movement is “intertwined with political movements” that grew out of the pandemic and what some consider to be divisive topics (like critical race theory). Texas accounted for the most bans, with 801 in 22 districts, followed by Florida and Pennsylvania.

What wasn’t a part of the game plan…

This leak. Yesterday, Rockstar Games said hackers broke into its systems and leaked footage of its next “Grand Theft Auto” videogame. The alleged culprit is also taking credit for last week’s Uber hack. Rockstar Games said it’s “disappointed” but doesn’t expect any long-term disruptions. No word on when gamers will be able to hit ‘play’ just yet.

What we're gearing up for...