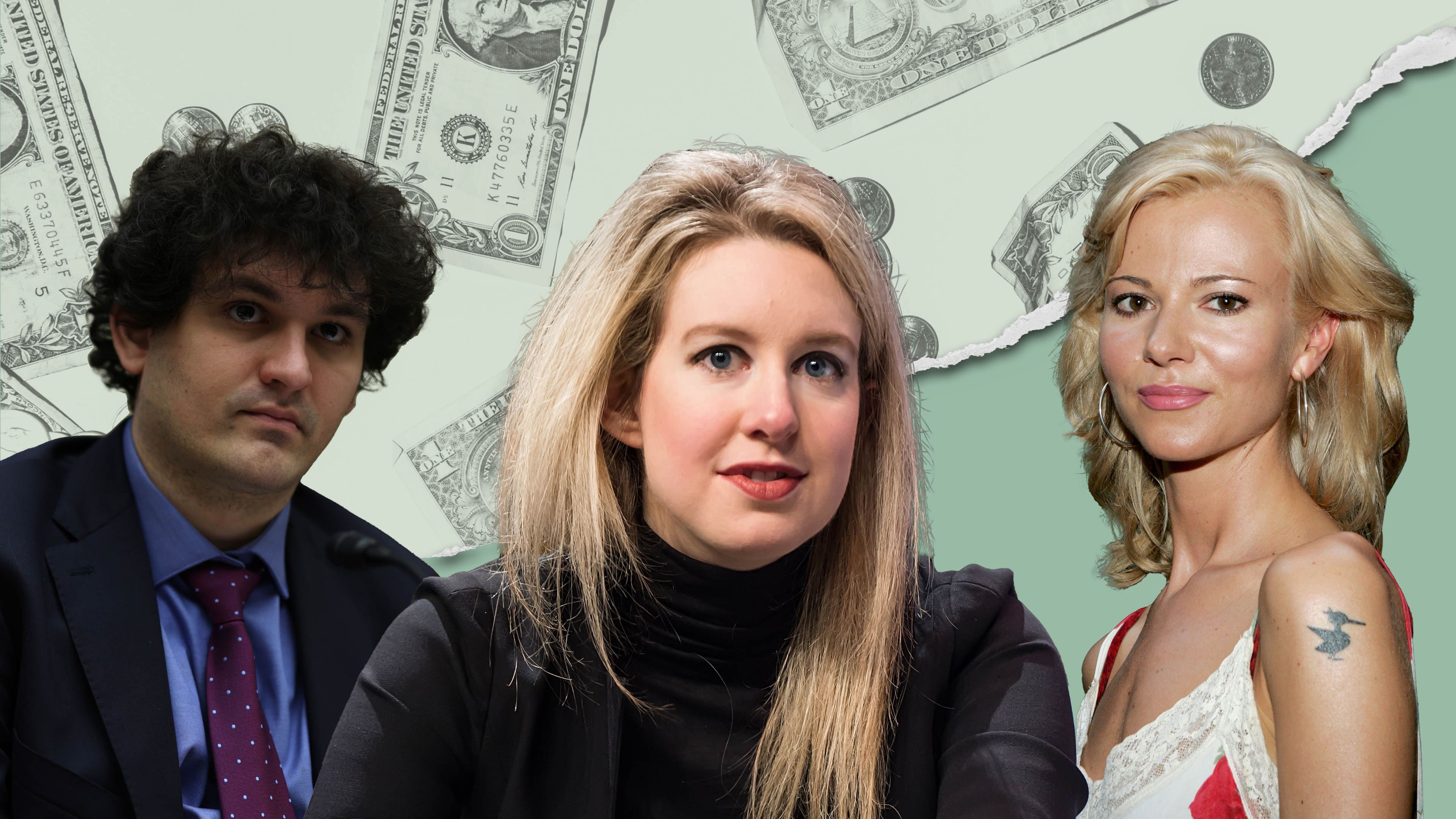 Now Trending: In just days, 30-year-old crypto wunderkind Sam Bankman-Fried went from industry leader to industry villain. And joined the ranks of CEOs who’ve had a very public implosion. Now, with an alleged book, multiple documentaries, and congressional hearings on the way, that’s raising a familiar question: Why do we keep falling for these falls from grace?

If the SBF saga sounds familiar, that’s because it is. See: Adam Neumann, Elizabeth Holmes, and Travis Kalanick. All of whom were young, larger-than-life CEOs who ended up in hot water — and who became the subject of headlines, group chats, and eventually Hollywood. Because, as is the case with stories about grifters and scammers (think: Anna Delvey, the Tinder Swindler, that woman with the hair), real-life drama does translate to on-screen drama. And there’s no shortage of it. Since all of these founders are ultimately people with big dreams, who are willing to do whatever it takes (often, at the very least shady and the very most illegal) to get other people to believe in their vision.

Maybe you’ve never purchased crypto. But chances are, you’ve taken an Uber. And perhaps you’ve worked from a WeWork. Or you know someone who has. Meaning, part of the obsession may come from the fact that some of these services — and Big Tech, generally — have become part of our daily lives. Then there’s the bigger question: How do they do it? Spoiler, it’s not something magical. The answer, some say, is that they’re daring, super charismatic, and their passion knows no bounds. Which is exactly why these entrepreneurs make compelling characters in TV and film. For more proof, check out these stories:

Behind the rise and fall of entrepreneurs and CEOs lies real consequences. And real victims. So while we all enjoy the countless hours of entertainment, may we all learn a thing or two on what not to do when reaching for the American Dream.

There’s only one thing that’s just as good — if not better — than the Thanksgiving feast. And that’s the leftovers. But if you’re struggling with how to turn a fridge full of stuffing, mashed potatoes, and turkey into days of breakfast, lunch, and dinner, don’t worry. We’ve got plenty of suggestions for what to do with it all.