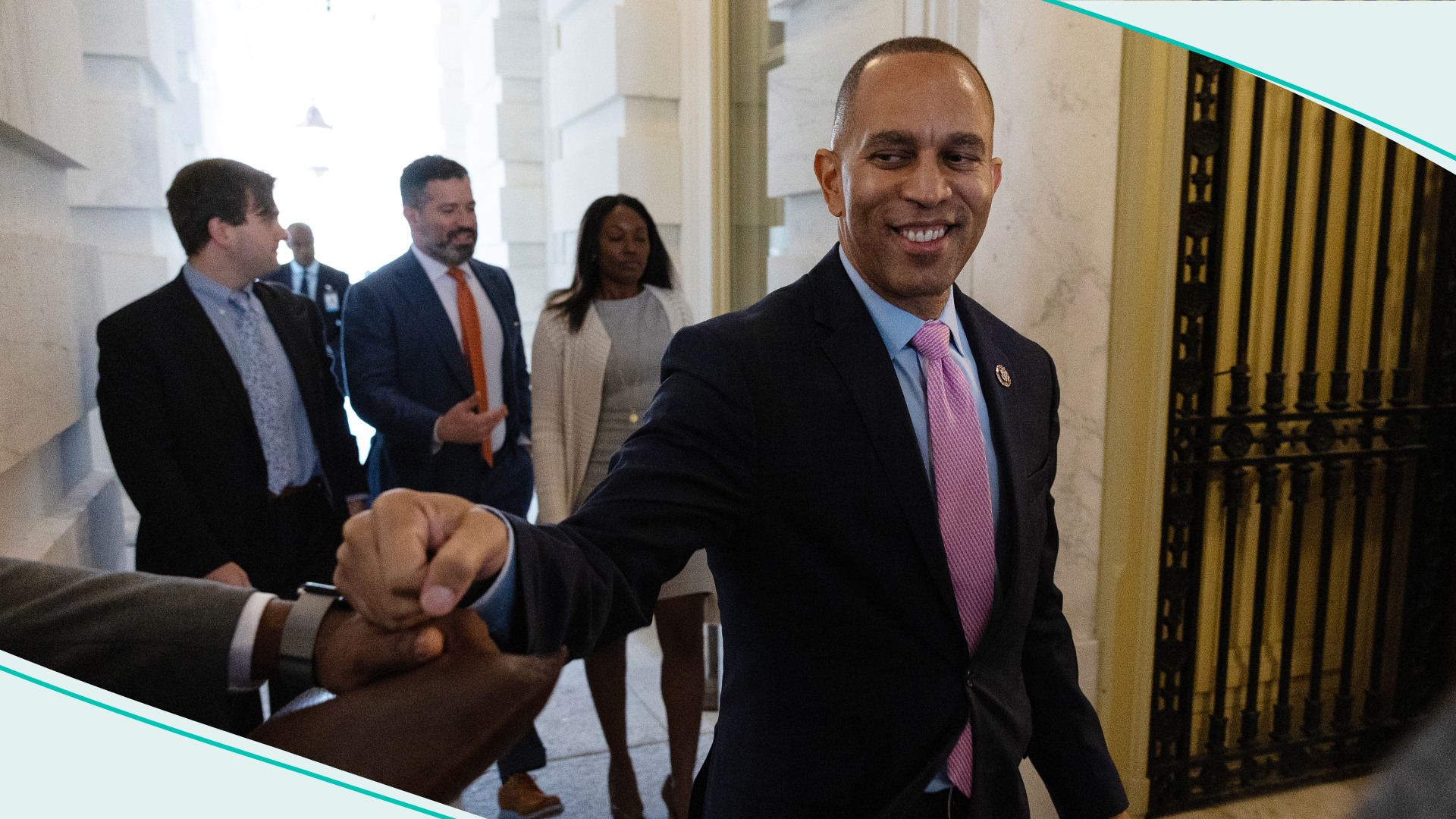 Yesterday, House Democrats picked the 52-year-old New York congressman to be their next minority leader. He ran unopposed. Now, his appointment marks the first time a Black person will be leading a major party in Congress. It also marks a generational shift in Dem leadership from House Speaker Nancy Pelosi (D-CA), who led the caucus for almost 20 years. When Jeffries takes on the role next month, Republicans will be in control. But since their majority may be on track to be the narrowest since 1931, Jeffries could have more influence than usual.

And what should we expect from that?

Many consider Jeffries a moderate. He was involved in the first impeachment trial against former President Trump. But he’s also worked with Republicans to pass the First Step Act of 2018, which overhauled the federal criminal justice system. Through it all, he’s pushed back against his party’s more progressive wing, saying he’ll never “bend the knee” to “hard-left democratic socialism.” Now, he’s telling House Minority Leader Kevin McCarthy (R-CA) he’ll “extend the hand of partnership” when possible.

So McCarthy’s on track for House speaker then?

Not yet. After the midterms’ red wave panned out as a red puddle, McCarthy’s still trying to do damage control. Now, a handful of Republicans say they won’t back him because they don't agree with his policies or consider him an establishment Republican. Problem for McCarthy, since the GOP only has a majority of four or five votes. And the speaker appointment needs majority approval from the full House chamber…not just the party in control.

Yesterday’s Dem leadership appointments included Rep. Katherine Clark (D-MA) for whip and Rep. Peter Aguilar (D-CA) to lead the House Dem caucus. In other words: the first time no white men will be leading a major US political party. But it’s still very much unclear who will guide the party in power in the House…and Republicans have less than a month to get their elephants in a row.

A rail strike. Yesterday, the House passed legislation that would force rail unions and management to accept a tentative deal. A dozen railroad unions have been negotiating their contracts for months, asking for some degree of paid sick leave and a pay bump. And while workers got the sign-off for the biggest pay increase in almost 50 years, they still got a hard ‘no’ on any sick days — leading four of the unions to back off from the deal. Now, President Biden has called on Congress to help force unions to comply. Otherwise, next week’s strike could cost the US economy as much as $2 billion per day and threaten more than 765,000 jobs. Yesterday, the House complied...sort of. It passed legislation that would make the deal happen...but added seven paid sick days in a separate resolution. Now, the Senate has a choice to make: try to pass the earlier deal without sick days (the one that some senators don't agree with) — or the House version, which the rail carriers aren’t on board with.

The FDA. The agency is reportedly considering allowing gay and bisexual men in monogamous relationships to donate blood. In the 1980s, the FDA banned all men who have sex with men from donating. The idea: make sure people with HIV don’t donate blood and infect the recipient. The move added to the stigmatization of an entire community. Today, medications like PrEP have reduced the chances of HIV transmission. Now, the FDA seems on track to update its policy, with a ruling expected in the coming months. LGBTQIA+ advocates are saying ‘it’s about time.’ One doctor called the potential change “encouraging.” And the Red Cross says this could help with seasonal shortages.

...Oh and today is World AIDS Day. Here's how you can support someone with HIV.

Christine McVie. Yesterday, the Fleetwood Mac singer and keyboardist died at age 79. She wrote and co-wrote major hits like “Don’t Stop,” “Say You Love Me,” and “Hold Me.” Her band remembered her as “truly one-of-a-kind, special and talented beyond measure.”

What’s got us on shuffle…

Spotify Wrapped. Yesterday, everyone posted their Spotify Wrapped like clockwork on Instagram. Bad Bunny was the most streamed global artist for the third year in a row....and thanked everyone with a new single. Taylor Swift came in at No. 2. And some die-hard fans got video messages from artists like J Balvin, Pusha T, Shania Twain, and Måneskin. And if you needed another personality test, this year Spotify delivered, handing out a Myer-Briggs-style test result.

Who's addressing his cryptonite...

Who belongs in Paris…