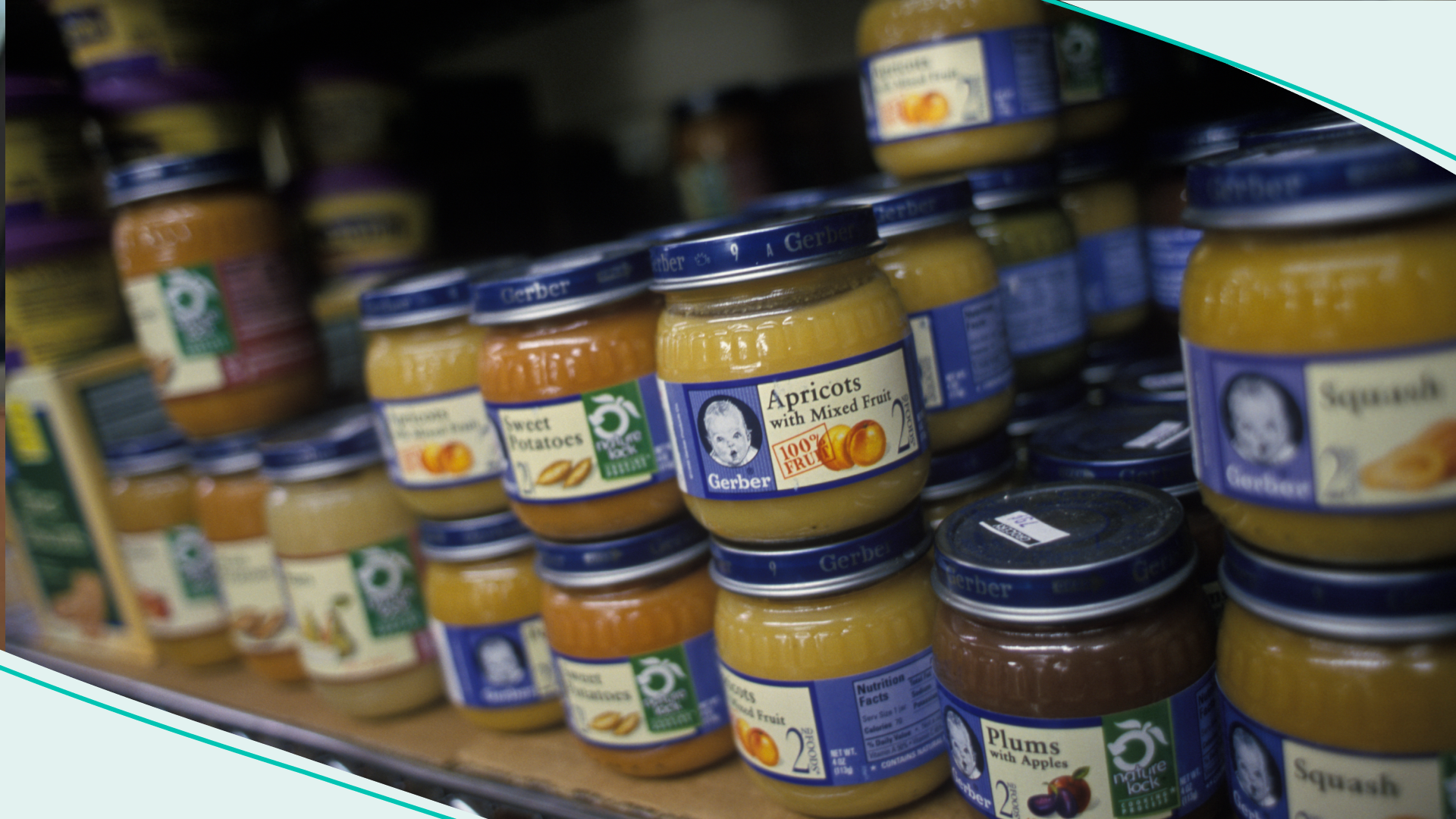 The FDA wants to limit the amount of lead in baby food.

Yes. The FDA has been trying to limit the amount of toxic metals in baby food for years. One study found that 94% of store-bought baby food contained lead, while 32% contained mercury. Lead exposure in kids has been linked to brain damage, learning disabilities, and behavioral difficulties. The good news: since the '80s, lead exposure through food has decreased by 97% among young kids. Now, the FDA wants to get it “Closer to Zero.”

Yesterday, it shared new federal guidance that could reduce lead in some baby foods by as much as 27%. Before you throw everything out, it’s important to note that metals and toxins are found in just about all foods. That’s because fruits and veggies absorb small amounts of lead and other metals from the soil, water, and even air — naturally and through pollution. If you're thinking about making your own baby food with store-bought or organic items, note that they may contain just as many toxins. One tip experts have to limit exposure is to cut back on root vegetables like carrots and sweet potatoes since they've been shown to contain more toxic levels than others. And replacing rice puffs or rice cakes with things like oatmeal.

When will the recs be official?

Right now, the FDA still has their guidelines in ‘draft’ mode. It can’t finalize anything until after a 60-day period for public comment. Then, it will sign off on the changes. After that, the FDA will have the power to take action against companies that exceed the new lead limits. But critics believe the guidelines don't go far enough. And it's worth noting that the FDA doesn't address other metals like cadmium, which has also been detected in baby food.

The FDA's proposed guidelines are putting a spotlight on the standards that exist — or lack thereof — on food. And while it's unlikely that people can eliminate all traces of lead, there are steps parents can take to limit their children's exposure.

Who’s got us saying ‘another one’…

Former VP Mike Pence. Yesterday, CNN first reported that Pence’s lawyer located about a dozen classified docs at the former Veep’s Indiana home last week. For months, Pence — a potential 2024 presidential candidate — repeatedly said he didn’t have any classified docs in his possession. But after former President Trump and President Biden got in hot water, Pence asked for his home to be searched “out of an abundance of caution.” Now, the FBI’s got the docs. It’s not clear what's in them, but in a letter to the National Archives, Pence’s lawyer said they “could potentially contain sensitive or classified information.” Unlike Biden and Trump, Pence faces no investigation as of now. In the meantime, maybe more former presidents want to consider some pre-spring cleaning.

What’s in the hot seat…

Google. Yesterday, the Justice Dept sued the tech giant over antitrust issues…again. In 2020, the Trump admin sued Google over its alleged monopoly as a search engine. Now, a new lawsuit claims that Google has a hold on the advertising world by controlling the platforms where the ads are published and the tools used to create those ads. The gov along with eight other states wants Google to break up its estimated $150 billion ad business. But Google says the lawsuit is ignoring the enormous competition in the industry. And that they are “one of hundreds of companies” that put ads on the internet.

…Oh and speaking of scrutiny, senators held a hearing focused on Ticketmaster’s handling of Taylor Swift ticket sales. The company promised to “do better.” But Senators said they know that move “all too well.”

2023 Oscar noms. Yesterday, the Academy announced that “Everything Everywhere All at Once” earned 11 noms. The film’s star Michelle Yeoh became the first Asian actress to be nominated for best actress since 1935. And this year broke a record for the most Asian actors nominated. But not a single woman earned a nod for their director skills. And Black filmmakers were also left out of the top categories, including best picture. The curtain for the Oscars rises on Sunday, March 12 at 8pm ET.

What could give millions an excuse to play hooky from work...

When you need another reason to crawl back into bed…

Who NFL players get to share the field with...