Our Guide To Every Position You’ll See On Your Midterms Ballot. You’re Welcome. 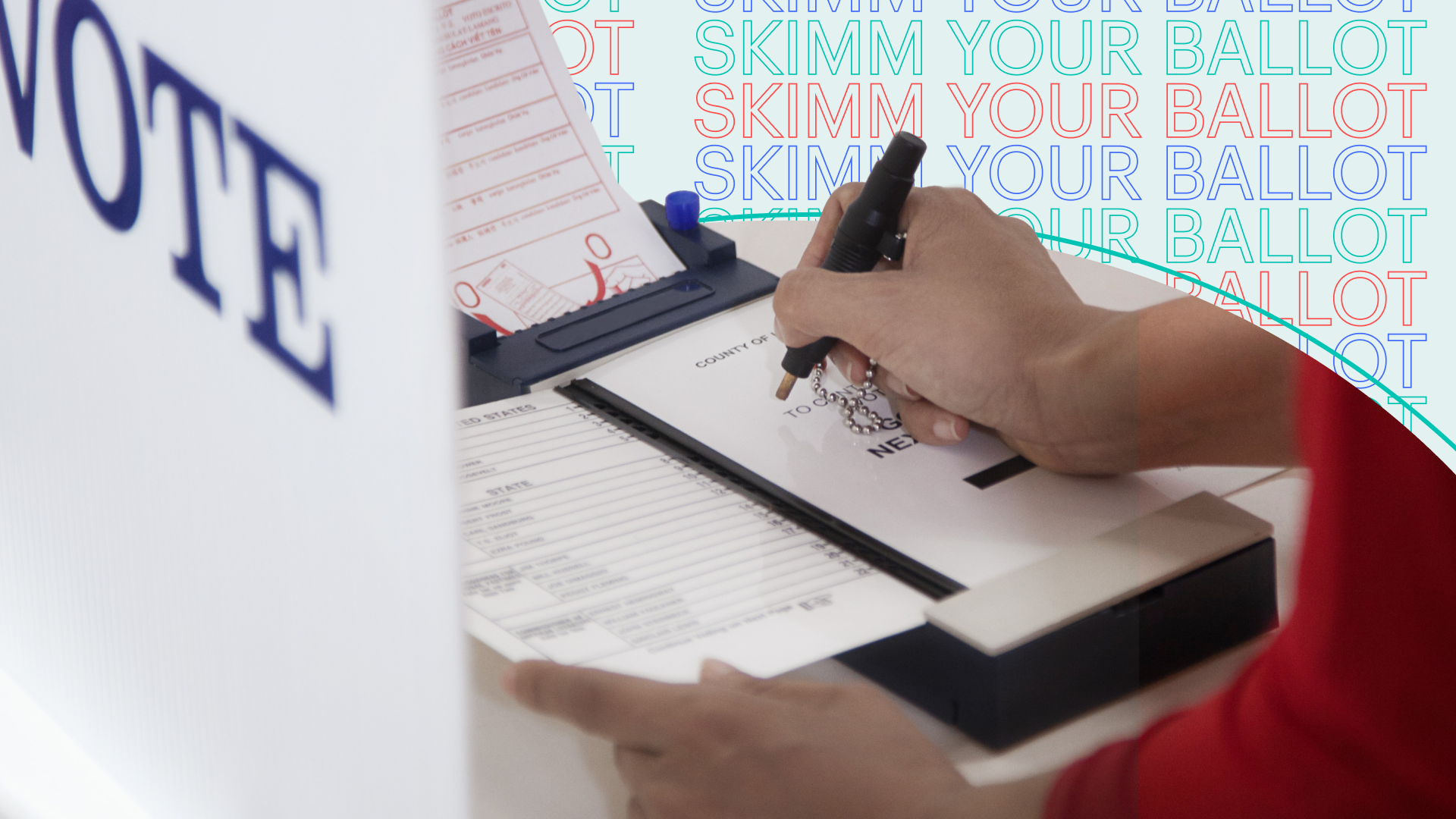 ICYMI: it’s midterms season. Which means a lot of federal, state, and local officials are up for election. And while some of the positions that could appear on your ballot are likely to sound familiar, others might have you digging out your middle school civics textbook. But no need to search through dusty bins and boxes – we’ve got everything you need to know.

Representative (aka a congressperson): These are the 435 members of the House. Each one is elected to a two-year term and serves a specific congressional district. Meaning, they advocate for their constituents through proposing and voting on bills, serving on committees, and holding hearings. Plus, the House is the only legislative body that can intro revenue bills, impeach federal officials, and elect the president if there is an Electoral College tie.

Senator: The Senate is composed of two senators from each state (100 in total), who are elected to six-year terms. Whereas House members represent individual districts, senators represent their entire state. So they also spend much of their time advocating for their constituents — through holding hearings, serving on committees, and proposing and voting on bills. But the Senate has a few exclusive powers: confirming a president’s nominees for executive and judicial offices, conducting impeachment trials, and providing advice and consent to ratify treaties.

Auditor: Ensures state and local governments use public funds effectively and legally. And to ensure state agencies aren’t committing fraud. Some states have a treasurer, controller, or comptroller do (or share) these duties instead.

District Attorney: Is a prosecutor appointed to represent the state in criminal cases in a specific district. So this position (also known as a prosecuting or state attorney, or a public prosecutor) decides whether criminal charges are brought to court, then represents the district in the judicial proceedings.

Governor: Consider this the president — but for a state. Meaning, they oversee the state executive branch, issue executive orders, provide policy recommendations, and approve or veto bills that have been passed by the state legislature.

Insurance Commissioner: In charge of regulating the state’s insurance marketplace and protecting consumers.

Lieutenant Governor: Essentially, this person acts like the vice president — but for your state’s governor. So they stand in for the governor when they leave the state or are otherwise unable to serve. But many of their duties vary from state to state.

Representative: Similar to their federal counterparts in the House of Representatives, these elected officials spend most of their time addressing the concerns of their constituents— either by introducing and voting on bills or allocating additional resources.

Secretary of State: Responsibilities vary depending on the state, but many are the primary record keepers for their state. And, perhaps even more notably, many serve as the state's chief election official — meaning, they are ultimately responsible for administering elections and keeping election results.

Senator: Like their federal counterparts in the US Senate, these elected officials represent their constituents by serving on committees, as well as introducing and voting on laws.

Supreme Court Judge: Consider these people as the state equivalent of a SCOTUS judge. So they sit on the state's highest court and review appeals for decisions made by lower courts and decide whether the ruling is in line with the state laws and constitution. (Learn more about state Supreme Courts here.)

County Executive: Is in charge of the executive branch in a county, overseeing all departments and agencies.

County Clerk: Responsible for maintaining all public records for a county, including deeds and marriage licenses. And in some states, clerks are also in charge of administering elections — which can include the daily duties of an election (think: receiving all nominations and petitions, preparing ballots, procuring and maintaining voting machines, and training poll workers.)

County Commissioners: These elected officials (also known as county council members or county supervisors) act as the legislative branch for a particular county.

Mayor: The equivalent of a governor or the president — but for a city or town.

School Board Members: Establish the goals of a school district and make high-level decisions — including creating and adopting policies, hiring the superintendent, and setting the budget.