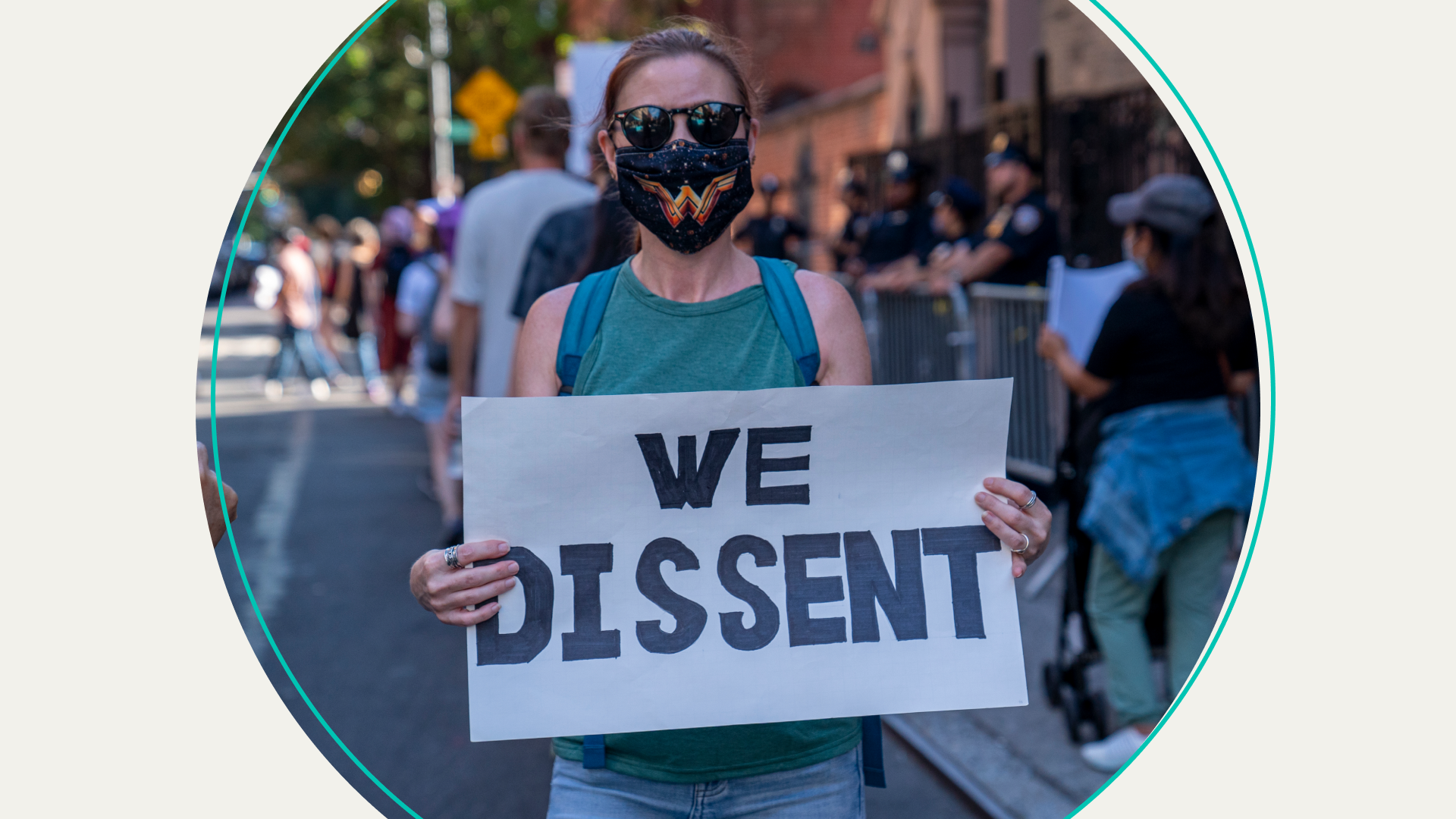 The reversal of Roe v. Wade has caused chaos for women trying to access an abortion. Think: trigger laws, abortion bans, data privacy concerns, and lawsuits on lawsuits. It's been... a lot.

In May, we asked our audience how they were feeling about abortion before SCOTUS's final decision came down. Now, we're checking in with Skimm'rs to see how abortion access in a post-Roe world impacts their thoughts on where they'll live, work, and raise a family. Here's what nearly 1,200 Skimm'rs had to say.

Where our country is headed

The majority of Skimm'rs (85%) said they believe the country is going in the wrong direction. Millennials were more likely to report that the country needs to correct course. Especially when it comes to abortion and women's rights (47%), climate change (39%), and gun policies (38%). But Gen Z Skimm'rs are saying 'sound the alarm.' And reported an even higher level of concern when it came to abortion and women's rights (61%). According to the data, these feelings have trickled down into how Skimm'rs are making major life decisions.

Yep, that's three-quarters of overall respondents — with around 80% of both Gen Z and millennial women leading the pack. On the opposite side of the spectrum, only 4% of Skimm'rs said they'd be interested in moving to a state that placed limits on abortion access.

But it’s more than just about moving: 62% of all Skimm’rs said they’d be hesitant to attend college or send their kid to school in a state with abortion limitations. Just over half said they’d be reluctant to start a family in an abortion-restricted locale. And over a third of respondents said that if they took a job somewhere with limited abortion access, they'd expect employers to boost benefits and protections.

And when it comes to moving out of areas that restrict abortion, around 70% of millennials and nearly 60% of Gen Z said they'd consider filling up the moving truck.

For respondents who would move based on abortion restrictions, most (25%) said they’d relocate to the Pacific states (Alaska, California, Hawaii, Oregon, Washington). Followed by New England (20%) and the Middle Atlantic (16%). Which shows they’d prioritize areas with more abortion protections in place.

These moves could impact states' population growth, finances, infrastructure plans, and job markets. And could have those areas putting up 'Welcome' signs. But given the ever-changing landscape of abortion rights nationwide, it's imperative to keep up with the news and regulations in your state...or desired state.

While the numbers are telling, some Skimm'rs told us 'none of this is easy.' One respondent from California wanted to move to Indiana to be with their family. But now, they're unsure because of abortion-related policies and laws there. Another Skimm'r who lives in Washington, but hails from Alabama, said it's hard to see the impact abortion laws have on their family and friends. One woman said she was born and raised in South Carolina, which now has restrictions. Even though her whole family lives there, she says, “I don’t think I can stay.”

Skimm'rs are also worried about other rights disappearing

When asked if they thought other rights would be impacted by the Dobbs v. Jackson decision, Skimm'rs had a lot to say: 84% immediately called out concerns over the right to contraception. Followed by the right to travel across state lines for an abortion (80%) and the right to same-sex marriage (77%).

Around 90% of Gen Z women and over 80% of millennial women are worried other rights could be at risk. One Skimm’r said that for the first time in her life, she’s “very concerned” about her rights as a woman. While 9% of respondents said that they believe no other rights would be impacted because of SCOTUS's decision on abortion.

Skimm'rs are trying to figure out how to move forward following SCOTUS's reversal of Roe v. Wade. And that could mean changing their zip codes, places of work, and where they send their kids to school. But as one Skimm'r put it, it's a "complicated" issue. And likely not one that will go away anytime soon.