Why #SolidarityWithSanna Is Dancing Across Your Newsfeed 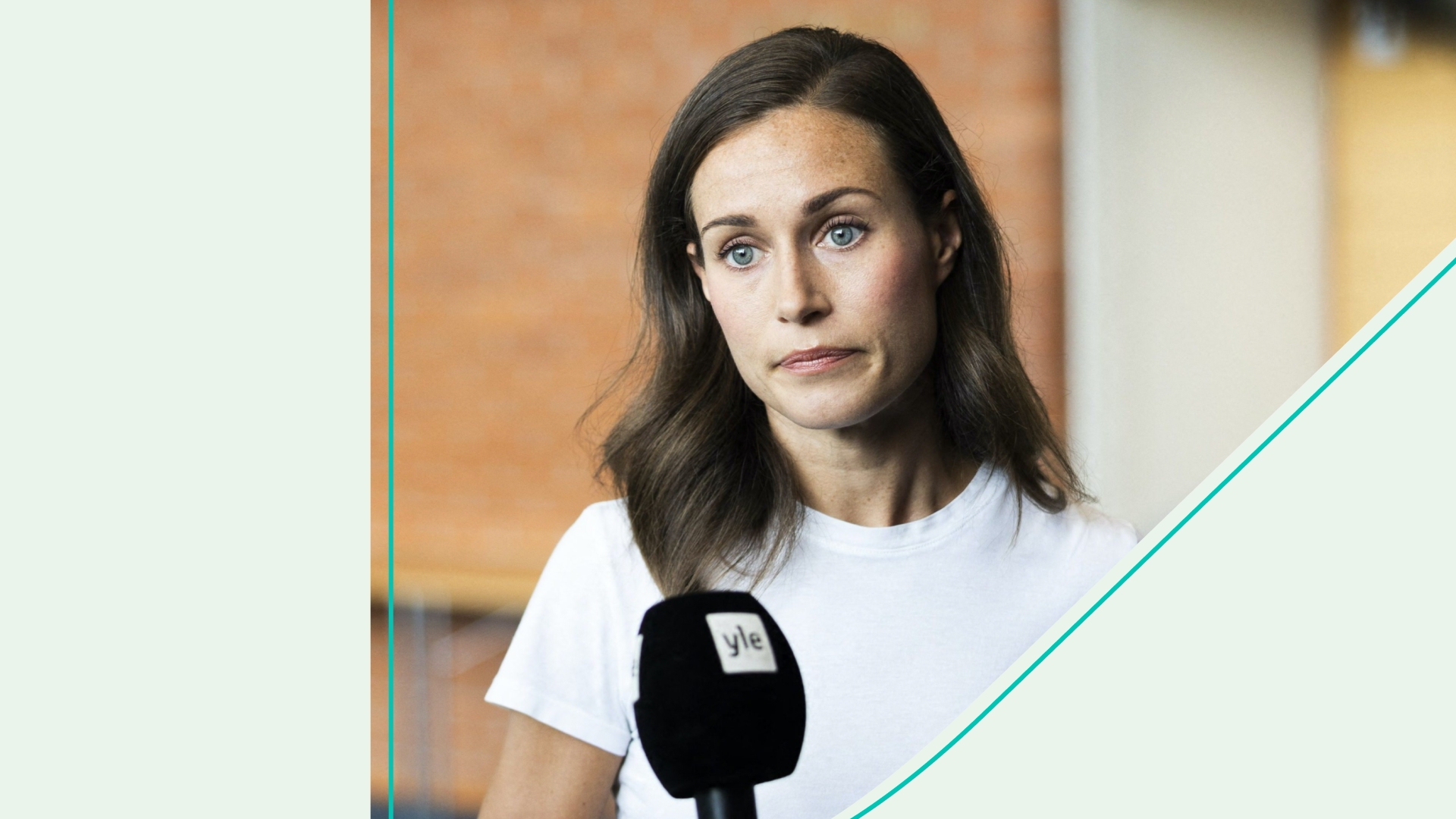 Even prime ministers just wanna have fun. Last week, Finnish Prime Minister Sanna Marin once again came under fire for partying. A leaked video shows the 36-year-old singing and dancing with friends — sparking widespread debate about how a PM should behave. Here’s why what Marin does in her free time is making headlines. And how women are keeping the party going on social media.

The video that got this party started

In the video, Marin looks like any other woman in her mid-30s: Striking poses and dancing her heart out at a private party. But political opponents and some social media users don’t see it that way — bringing her maturity and competency into question. As if partying would’ve stopped her from helping Finland in a crisis *insert eyeroll here*.

Other politicians (like Riikka Purra and Mikko Karna) even called for Marin to take a drug test, despite the PM saying she did not do any drugs. And admitting that she did drink alcohol at the party.

But Marin said 'no thanks' to her haters’ criticism. As the youngest Finnish prime minister in history, Marin said that she (like most people her age) has a work life…and a personal life. And hoped “that in the year 2022 it’s accepted that even decision-makers dance, sing and go to parties.” She’s maintained she didn’t do anything illegal. And even took her critics up on the drug test, which came back negative. As for a crisis situation, Marin told reporters that Finnish armed forces would see something like that coming. Plus, she’d be in the know.

Marin isn't standing alone on this one. Many women are saying, ‘why can't a woman have fun and be a leader?’

People around the world are throwing their support behind Marin. And responding to critics on social media by posting themselves dancing, and using the hashtag #solidaritywithsanna.

Many people have also pointed out the double standard held against women in powerful positions. One Twitter user pointed out that male US presidents aren’t being judged the same way. The controversy has also drawn comparisons to Rep. Alexandria Ocasio-Cortez (D-NY) — who was criticized for a video of her dancing in college.

Another female politician is being criticized for ‘working hard and playing hard.’ And it’s calling into question whether a person’s free time can (and should) be politicized. Especially if not all people are held to the same standard.