Masks Off: How Airline Passengers are Feeling About Traveling Without the Mandate 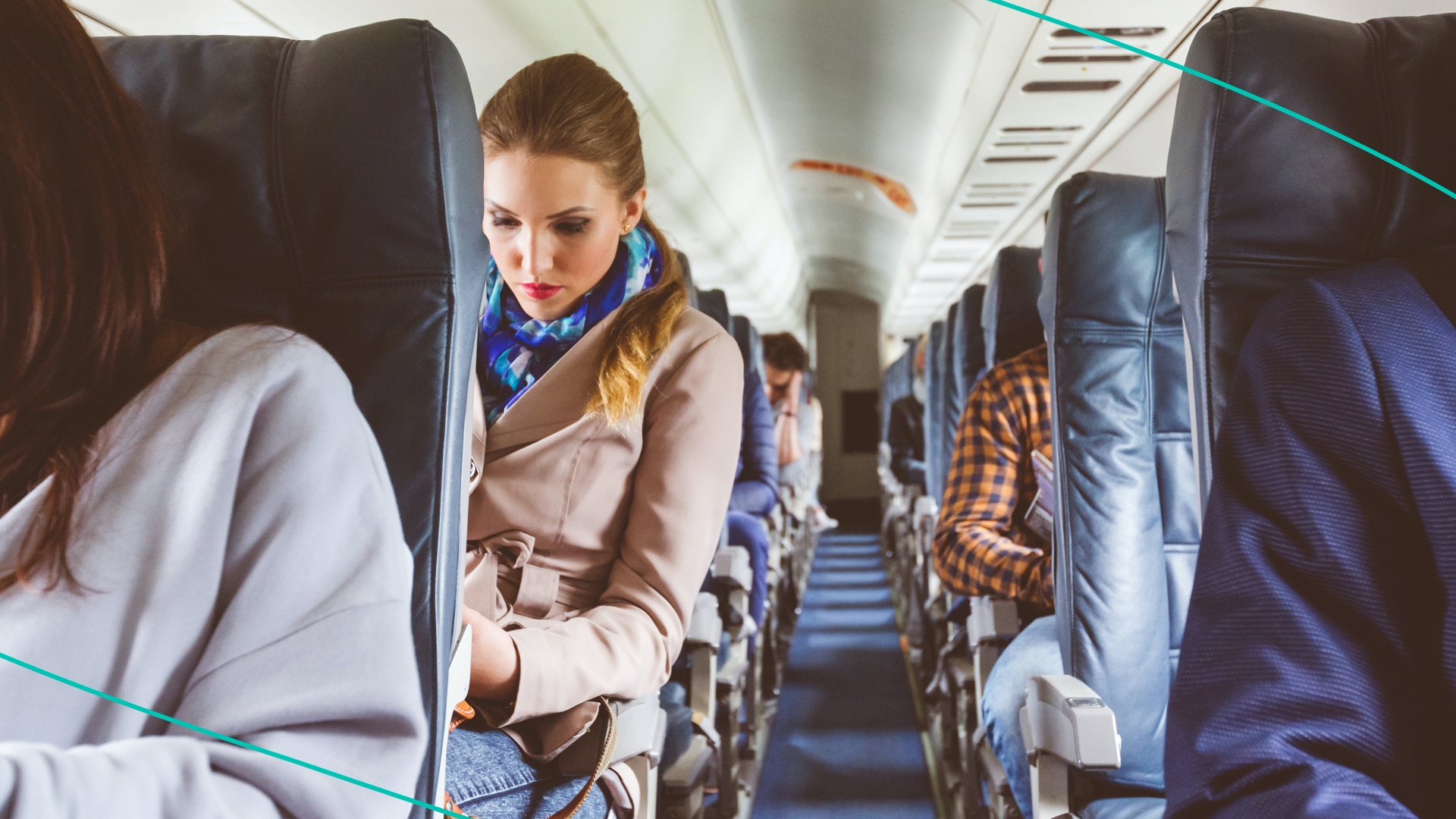 On April 18, a federal judge overruled the mask requirement on public transportation. The ruling means local transit authorities and airlines can decide ‘masks on’ or ‘masks off’ on their own. Within hours of the ruling, most major airlines (including: American, Delta, Southwest, and United) dropped mask requirements for passengers and staff.

Just days before the reversal, 56% of Americans favored mask requirements on public transit — according to an AP and NORC study. Now that the rules are gone, people have mixed feelings about traveling without masks. From joy to fear to straight-up confusion. And they're not alone. theSkimm talked to travelers who've hopped on a plane since the mandate was lifted. Here’s their take on what it's like…

For one passenger it was sweet relief

Rylie Ward, 19, was at the center of it all: The mask mandate was lifted in the middle of her flight from Denver to Omaha, NE. Flight staff came over the PA system and announced they were one of the first 100 flights in the US flying without the mask mandate.

More than half of passengers immediately took off their masks, she said. And after contracting COVID-19 in December, Ward felt comfortable ditching hers too. “People started cheering. I thought there was a celebrity who had just arrived, it was such a commotion,” Ward added.

“I think the most relieving part of the mandate being lifted was feeling there was finally a light at the end of the tunnel of COVID,” she said.

And one stayed double-masked

Jasmin Rahman — a 31-year-old therapist and makeup artist — recently flew from Houston to Philly. And said she "felt funny" about the idea of flying sans masks. So when she arrived at the airport double-masked, it was “a very alarming experience” seeing so many people unmasked.

“There's no way in an airport — and especially in an airplane — to control your personal space,” she said. “I didn't eat or do anything that would require me to take my mask off while I was in flight.”

Rahman said about 20% of people on her full flight wore masks. But no one around her did, making her more apprehensive. Reflecting on the mandate, she understood people wanting to make their own choices. And thought lifting mandates in certain areas (like in more spread out settings) made sense. But to her, an airplane wasn’t one of them.

“[COVID-19] is still spreading. It's still killing people who are young and immunocompromised. And I feel like at least in an airplane, [masking] should still be a requirement, because everyone’s in a closed space and less than a foot away from each other,” Rahman said. And she’s not alone…

But for another, it was to mask or not to mask?

Jonathan Chang, 36, flew with his fiancé and young children — a 7-year-old and 1-year-old — after the mask mandate was lifted. On his flight from Fort Lauderdale, FL to Portland, OR, they opted not to wear masks. They’re all vaccinated (except for his infant). And he’s been impressed by the measures airlines have taken to stay safe. Like installing aircraft HEPA filters and upping sanitation standards. So when airline CEOs wrote an open letter asking for the mask mandate to end, he figured they had good reason.

“I felt like this was their way of also trying to protect their employees. Because everyone knows that since this mask mandate went into effect, violent incidents at the airport and on the plane have been high,” Chang said. “If you don't have the mask mandate, that might scale back on the violent side of things.”

Chang also said that he and his family have no problem wearing the masks. If they’re told to wear it, they’re happy to. But when the mandate was lifted two days before their flight, they considered the risks and used their best judgment.

“I know that by not wearing a mask, I can still catch it. I fully understand wearing the mask reduces my chances of catching it, but I feel confident enough with my health personally…at the same time, just because I'm in good health, vaxxed, and boosted — I still don't want to get it,” Chang added.

He said most passengers had masks off. And no one seemed to give anybody trouble. “It was almost like, ‘we've accepted how things are now,’” Chang added. “These are your options. No one's gonna look at you bad or judge you.”

Terran Duhon, 29, had similar concerns boarding his flight post-mandate. Flying from San Antonio to Lafayette, LA, Duhon said the mask issue crossed his mind. When he goes to his local grocery store (where masks aren’t required), many people still wear them. He thought the plane would be the same way. Spoiler: It wasn’t.

“As I'm getting on the plane, there's a stewardess that greets me at the front. And she's wearing a mask,” Duhon said. “When I turn to get on the plane and start walking, I look at just a sea of maskless faces.”

Even though Duhon is vaccinated and boosted, he still wanted to wear a mask. He explained that being in a confined area with strangers can cause anxiety. Especially when one unmasked passenger scoffed at him. From Duhon’s perspective, he’s protecting himself and others.

“It was so weird trying to navigate the space of where we are now. People thinking that the pandemic is over — and then it not being over,” Duhon said.

Wearing a mask on a plane is now a personal choice. And it has people feeling anxious, happy — and neutral. Like most things, it comes with a slew of opinions. But as the virus continues to spread, keep tabs on public health guidelines and track how cases are measuring in your area here.