Refugees in Europe: Breaking down the crisis 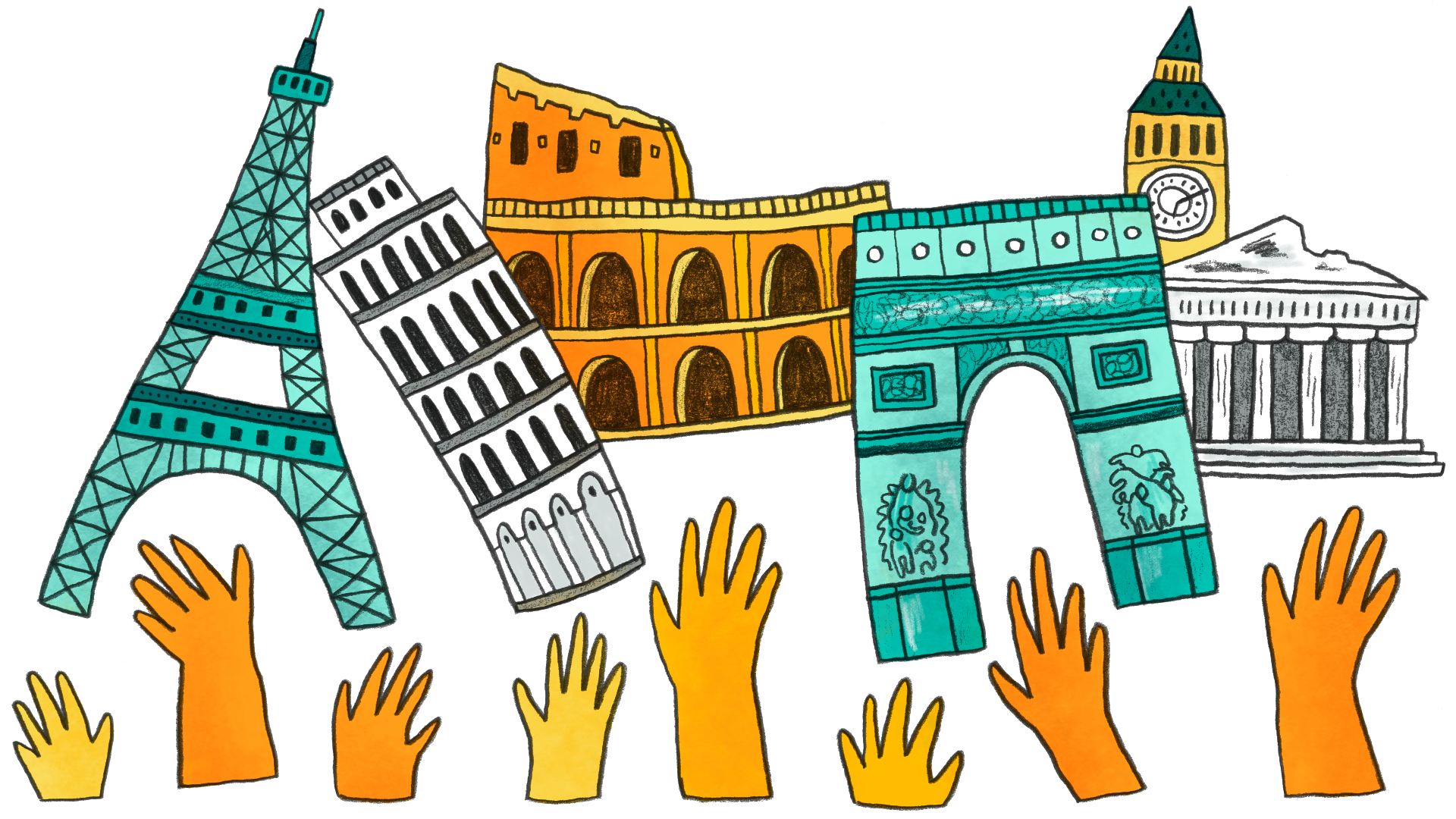 Psst...what's the difference between a migrant and a refugee?

are forced to flee home to escape things like war.

in the Mideast and Africa

-- have not been ideal places to live recently. Think:

, and a brutal civil war in Syria (here’s your Skimm

How are they getting to the EU?

Not easily. Some of them are

For a while, not much. After a

between Libya and Italy in 2015, killing up to 900 migrants, the EU decided to figure out a new strategy. Leaders met to discuss how to distribute migrants and refugees. But it turned into a game of ‘not it,’ with

Millions of migrants and refugees kept knocking, and EU countries kept turning a blind eye. Then in 2015, everyone saw

across its member countries. Key word: refugees. These are people who’ve fled home because of war or persecution. But the plan hasn't exactly been a

. Less wealthy nations like Hungary and Greece have been more reluctant to give refugees a home. But Germany's rolled out the

But President Trump hasn't been as enthusiastic. After a LOT of legal back and forth, a version of his

Now, the crisis has gotten so bad that the EU has started giving cash money incentives to places like Africa and Turkey. It’s hoping this will help these places deal with the crisis and keep migrants and refugees from

. The catch? A lot of people in the EU didn't like the way leaders handled the migrant and refugee crisis. Many of them felt that letting in so many migrants and refugees would increase the threat of terrorism and impact the economy. And they took their frustration to the polls. Cue: populism. Aka the anti-immigration, anti-establishment political parties that are suddenly the popular kids.

Nope. This is the crisis that never endsss. Except recently, fewer migrants from Libya have been knocking on Italy's door. Some think the slowdown in migration is because of

a new armed group in Libya