The debate around Supreme Court reform 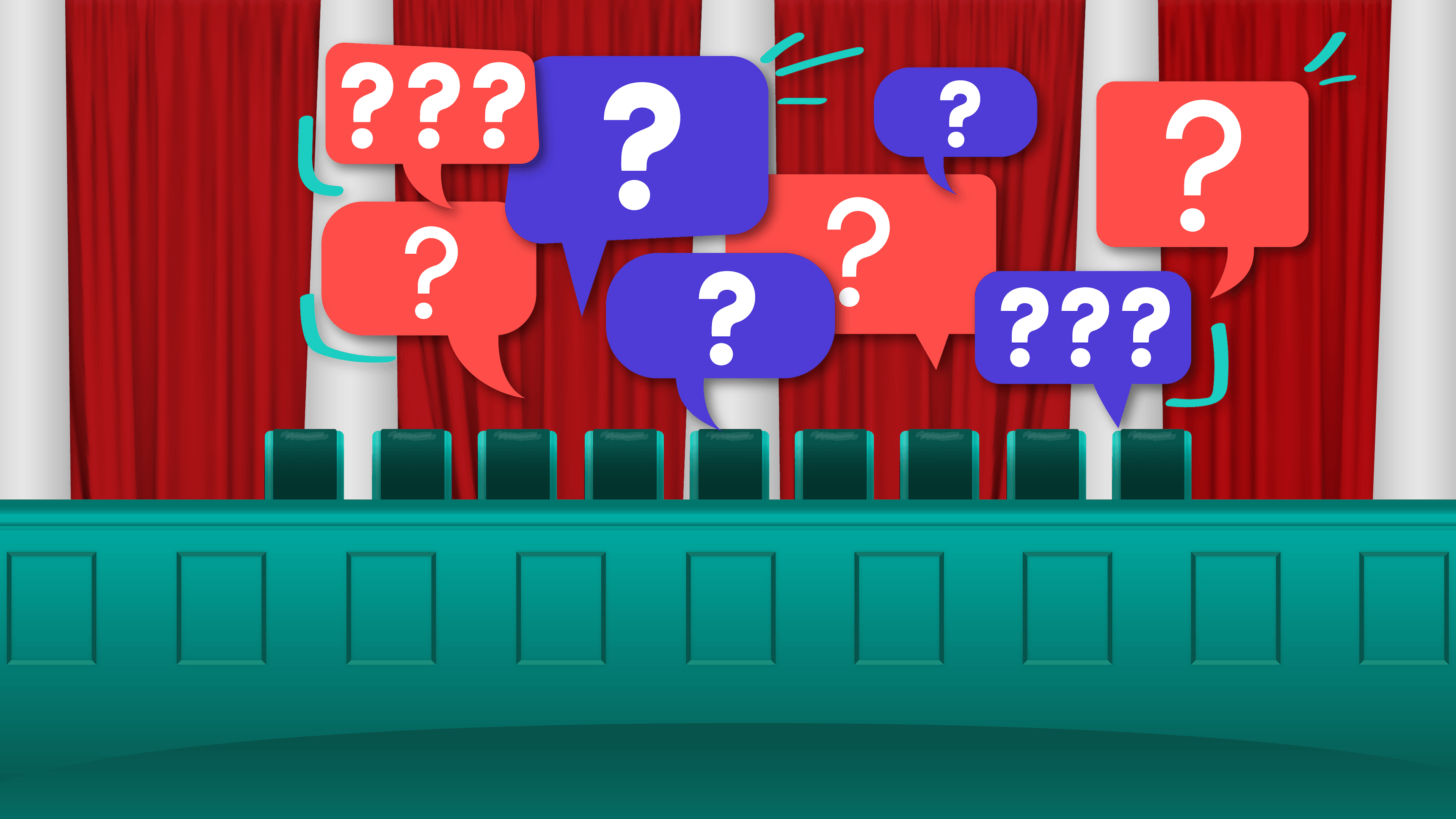 The Constitution established the Supreme Court as part of the US’s checks and balances system...but it didn’t really elaborate on the details. So Congress stepped up to the plate and passed the Judiciary Act of 1789 that got into the specifics, including that there would be six justices. In 1869, Congress settled on nine justices. That broke down to eight associate justices and one chief justice, which is still how it’s structured today.

And how do spots on the bench open up?

Learn more about who’s on the bench with our Skimm Notes on Justices Ruth Bader Ginsburg and Brett Kavanaugh.

Almost half is a lot.

It is. Things have gotten especially tense since 2016. Less than a year before President Obama wrapped up his second term, he nominated Merrick Garland to fill an empty seat. But Republicans said ‘hold, please’ – they thought the nominee should be picked by the new president who would soon be in office. So the Republican-led Senate blocked Garland’s confirmation process. That paved the way for President Trump to get Justice Neil Gorsuch, and later, Justice Brett Kavanaugh (both young conservatives) on the bench, making it solidly conservative.

I remember not everyone liking that.

That’s correct. But criticism against the court being stacked in one party’s favor isn’t anything new. During the Great Depression, President Franklin D Roosevelt tossed up ideas to try to solve this problem, including adding a new justice to the bench once a sitting justice turned 70 years old.

What about today’s criticism?

Some Democrats in the 2020 presidential race have been calling for reforms to try to make sure the court isn’t controlled by one party. Earlier this year, Senate Dems accused the court of cozying up with conservative groups like the NRA, and said the court is “not well.” Their proof? A recent poll that shows that most Americans think the court should be restructured to “reduce the influence of politics.” Here are some 2020 candidates that have plans to do just that:

That that’s a crazy idea. Senate Republicans have told the Supremes not to listen, and called the Dems’ accusations a “direct, immediate threat” to the court’s independence. Republicans want to stick to the nine justices Congress agreed on back in 1869, with one senator intro’ing a constitutional amendment to keep things as is.

So should I be preparing for some changes or what?

At the moment, don’t hold your breath. Since we have a divided government, it would be pretty difficult for Democrats to get that done. After the 2020 election, it would all depend on how the government shakes out. If Democrats keep the House and take the Senate and White House, change is more likely to happen.

Team How Legit Is This? says the court is losing its legitimacy as partisanship around the bench has ramped up. But that taking a page out of the Dems’ playbook would create more problems instead of making the court non-partisan.

Team You’re Missing The Problem says the issue isn’t politics – it’s the way the court is designed. That the Supreme Court should look more like lower courts (think: more than two dozen justices), and that a larger pool of justices could lead to more diversity on the bench and a larger caseload.

Team Don’t Be So Harsh says that the Supreme Court puts the law above politics, pointing to cases where conservative justices have sided with liberal justices. And that both Republicans and Democrats are to blame for the partisan divide.

In its more than 200-year history, the court has made decisions that have reshaped US policy and affected Americans’ lives: ruling that segregation in public schools is unconstitutional. Establishing that criminal suspects must hear their rights before being questioned. Solidifying a woman’s right to have an abortion. Legalizing same-sex marriage in all 50 states. Upholding a travel ban on mostly-Muslim countries. The list goes on. Our Skimm Notes has more on one of those rulings Brown v Board of Education.

The make-up of the Supreme Court bench has stayed the same for 150 years. The recent debate around reform opens up the question of whether each party is using this as a chance to rally their bases to the polls in 2020, or if they believe the hundreds of millions of Americans will benefit from their ideas.