The US Is Feeling the Heat. What Droughts, Heat Waves, And Wildfires Have To Do With It. 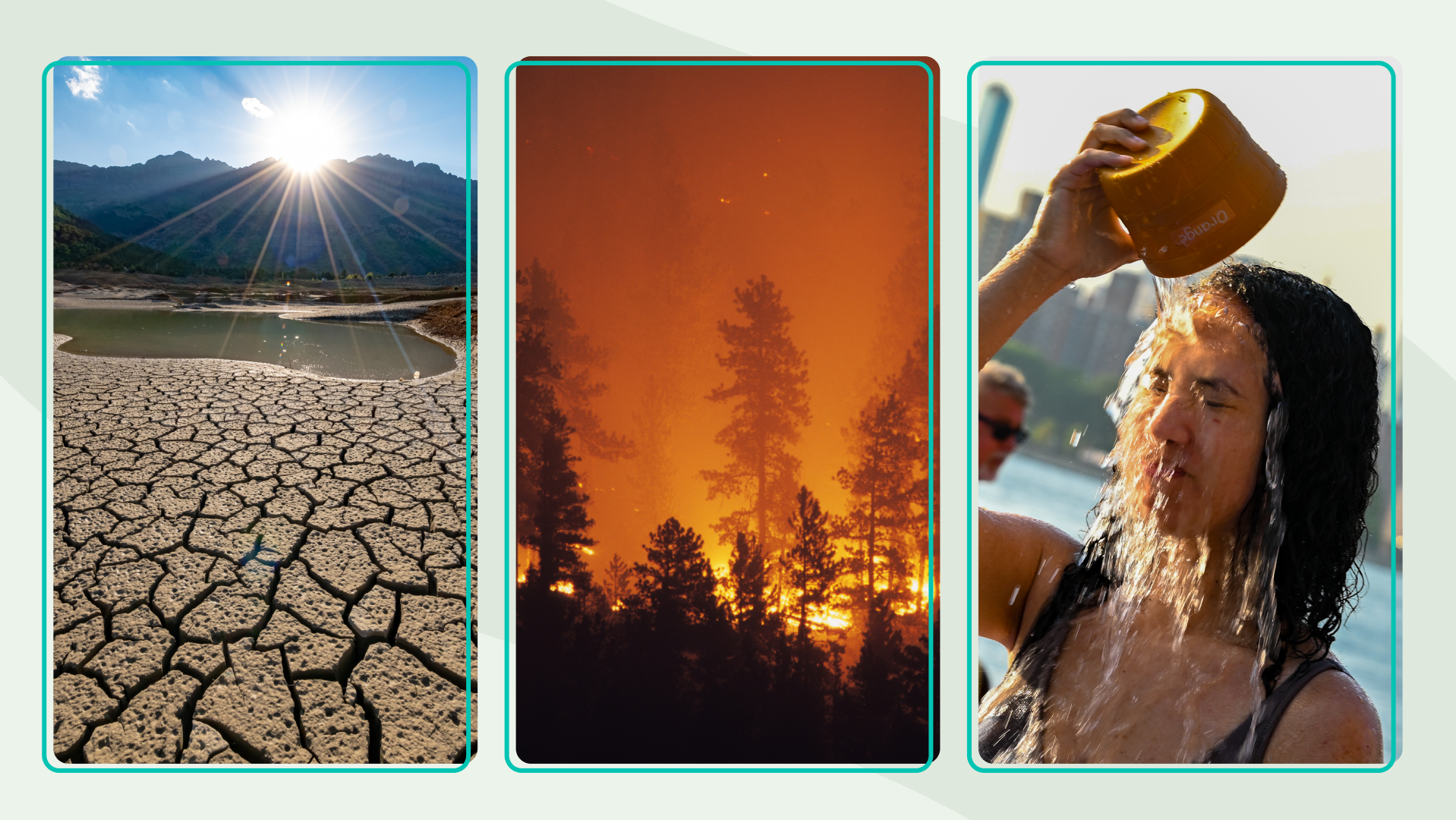 Summer 2022 has seen a double whammy of worsening droughts and record hot temperatures. Both of which are contributing to wildfires. And yes, climate change is largely to blame. Experts have been sounding the alarm that things will only get worse if the US doesn’t get its act together. Think: Even more devastating wildfires could be on the horizon. And if that seems far off in the future, here’s how these incendiary conditions are negatively impacting you today.

But first, a temperature check of what’s happening with droughts and extreme heat

From rising temperatures to changes in rainfall. Here’s what this means for…

Psst…Here are some tips to stay safe during a heat wave.

How Americans’ everyday lives are being turned upside down

Now, experts are also worried that the current dry and hot conditions — which are exacerbated by climate change — will have a ripple effect. And you don’t have to guess how communities will be impacted. Many Americans are already seeing it with…

How states (and you) can try to beat the heat

Multiple state officials gripped by this extreme drought have declared a drought state of emergency and called for water usage limits. Think: Avoiding long showers. But it’s unclear if these efforts will be enough given the shrinking water reservoirs. Or, when conditions will begin to ease up and provide communities with much-needed relief. In the meantime, here’s what you can do to stay prepped for:

Climate change isn’t going away anytime soon. Severe droughts and extreme heat are only expected to worsen. Their current impact on different industries shows that the country isn’t prepared for what’s to come.