The UK Is Celebrating Queen Elizabeth's Platinum Jubilee. But What Exactly Is That? 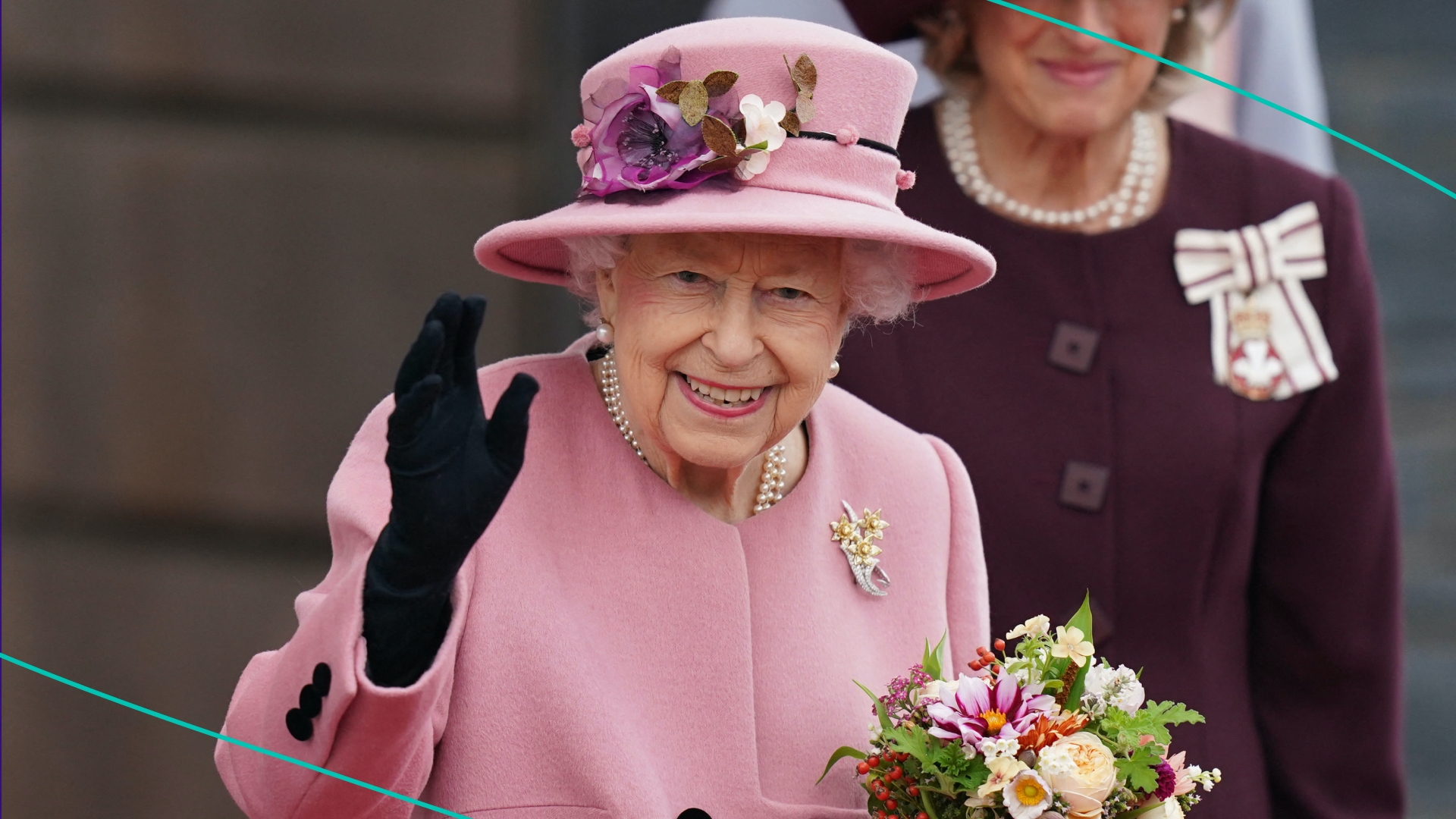 Starting June 2, the UK is throwing a celebration fit for a queen: the Platinum Jubilee. Which marks Queen Elizabeth II’s 70th year on the throne. She's the first British monarch to go platinum. But this isn’t her first jubilee — it’s her sixth. And anyone who’s held down the same job for seven decades deserves a party to say the least. Nonetheless, being the figurehead for 15 countries.

But for those outside the UK, the festivities may seem confusing. After all we don’t jubilee here in the states. So, here are the answers to all your jubilee-related questions. Starting with…

What is a royal jubilee?

A royal jubilee is a big party celebrating a king or queen’s reign. And they only happen when a monarch has ruled for a particular number of years. Each one is associated with a type of precious material. Think: Silver for 25 years, gold for 50, diamond for 60, and platinum for 70.

These shindigs date back to the 1300s. But the first major one celebrated King George III’s Golden Jubilee in 1809. Few other monarchs have reached a 50-year reign. And only one other than Queen Elizabeth II has achieved a Diamond Jubilee (shoutout to Queen Victoria).

How will it be celebrated?

Many countries have already gotten a head start. Since the beginning of the year, the Commonwealth has been celebrating with charity events, music performances, parties, and more. The festivities will continue through the rest of 2022. But Jubilee Weekend — which lasts from June 2 to June 5 — is when they’ll really be throne-ing it down. Most of the events will be broadcasted on BBC for viewers in the states. But here’s a peek at what to expect on…

Most of the royal family is expected to be there. But a few are opting out of the Buckingham Palace photo op. Like...

Who people will miss: The late Prince Philip. Who passed away in 2021. This will be the Queen’s first jubilee without her husband by her side.

Why is the Platinum Jubilee in June?

Royal jubilees are typically held on the anniversary of the monarch taking the crown. But that’s a little sensitive, since Queen Elizabeth’s ascension date is also the day her father (King George VI) died. Technically, she became Queen on Feb. 6, 1952. But her coronation didn't happen until June 2, 1953. Many factors went into that decision, but one being out of respect for her father. For that same reason, her jubilees have also been held in June. It’s also a significantly better time weather-wise in Britain.

Despite the royal family’s tumultuous family dynamic, the UK is coming together to celebrate Queen Elizabeth II’s record 70-year reign — a rare and historic milestone. The monarch has been a longstanding rock for the Commonwealth. Standing strong through wars, economic challenges, scandals, tragedy, and decades of change.