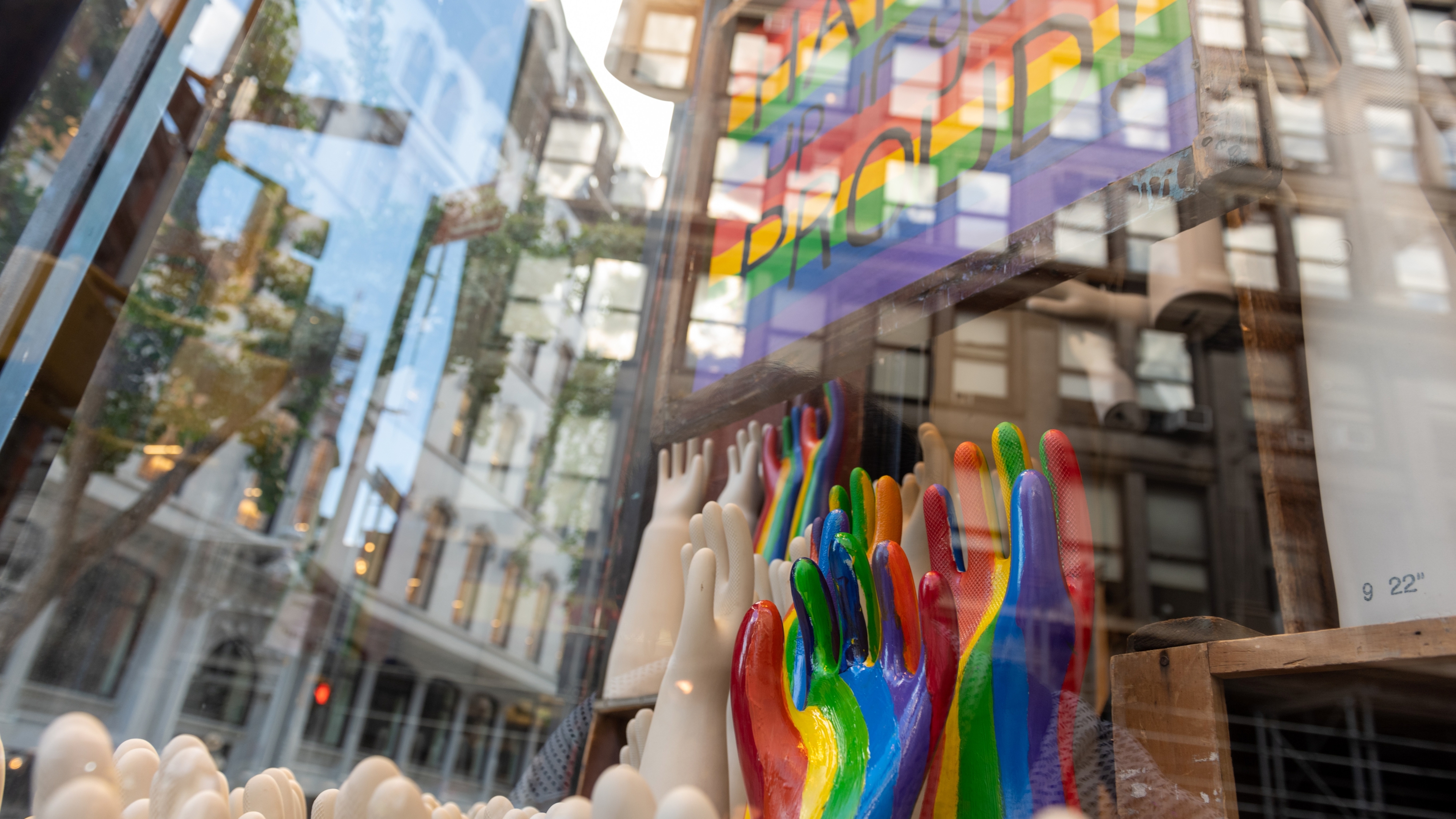 Nine years after the 1969 Stonewall riots in New York City, gay rights activist Gilbert Baker created and paraded the first rainbow flag. Fast forward to June 2021: corporations (think: Walmart, CVS, AT&T) started adding rainbow colors to their logos on social media. The move is an attempt to show their support for the LGBTQ+ community during Pride Month. But LGBTQ+ activists say this show of solidarity by some companies is just a front since their corporate policies show a different side to their supposed activism. And are accusing them of rainbow-washing.

Here’s What You Need to Know About Rainbow-Washing

Rainbow-washing is when a business publicly shows support for the LGBTQ+ community (think: changing social media avatars or publishing support statements at the start of Pride Month) but privately engages in practices that are detrimental to those who identify as LGBTQ+.

In 2019, Judd Legum, who writes the political newsletter, Popular Information, researched companies that have internal policies supporting LGBTQ+ employees. In his research, he found that some of those companies also donated money (through corporate PACs) to politicians who didn't sponsor or support LGBTQ+ legislation.

These are some of the businesses caught rainbow-handed.

How LGBTQ+ Employees Feel at Work

A LinkedIn survey that polled LGBTQ+ professionals found that…

On top of that, another survey found that about 50% believed being out at work could hurt their career.

But the government has made some progress. In 2020, SCOTUS expanded the list of what constitutes workplace discrimination and added that people could not be fired due to their sexual orientation or gender identity.

Here's What You Can Do to Fight Rainbow-Washing

It's 2021, and some companies are fronting support but not showing up for the LGBTQ+ community in their political donations. So before you spend your hard-earned dollars, make sure you know the facts. And as LGBTQ+ Americans continue to report discrimination at work, the battle continues to ensure a company’s display of allyship on the outside actually leads to concrete action on the inside.