Worried About Titanium Dioxide In Tampons And Skittles? Here’s What You Really Need To Know. 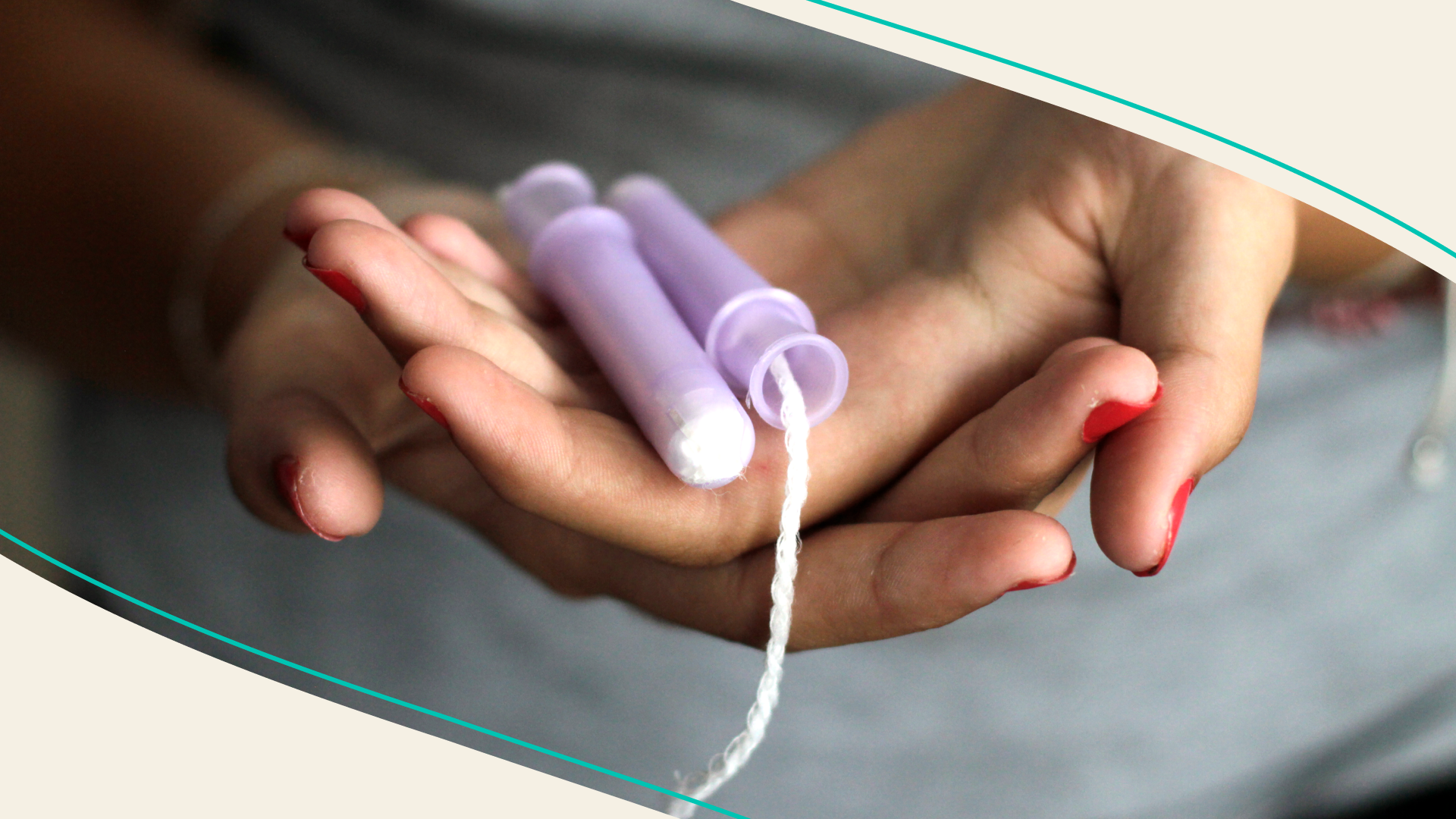 How well do you know the ingredients in the foods you eat or products you use every day? A TikTok with more than 3 million views is raising questions about just that. One user shared her anger after learning that the tampons she’s been using contain titanium dioxide. Aka a common coloring agent. And suggested that the tampons — from This Is L Inc — are causing ovarian cysts. Tens of thousands of users have flooded the comments — many claiming to have had similar experiences.

We all know social media is a breeding ground for misinformation and disinformation. But the video is raising important questions: What is titanium dioxide? Could it really be responsible for reproductive health issues? And how can we learn more about the products we’re using? With all these questions, we turned to experts for answers. And even heard from the company behind the tampons in question. But first…

What is titanium dioxide?

Chemistry class was a long time ago. So here’s a refresher: Titanium dioxide is a naturally occurring mineral. And is used as a coloring agent to brighten and whiten things like period products. Pro tip: It can also appear as Pigment White 6 and White Pigment in packaging.

While there's concern over This Is L Inc’s tampons, the use of the ingredient in period products isn’t new. They’re actually in other brands like Always pads and Tampax tampons. And, spoiler: It’s in plenty of other products you probably use in your day-to-day life. Including…

The FDA has found that regulated amounts of titanium dioxide are considered safe. The rule for food items is that the coloring agent can't exceed 1% of the food's weight. But this amount varies by product. Sunscreens can have concentrations of up to 25%. And putting the different limits aside, it can be hard to find titanium dioxide on labels because not all companies are required to list it.

But titanium dioxide’s potential health effects depend on how it's used. Alexandra Scranton is the director of science and research at Women’s Voices for the Earth, an environmental nonprofit. Her job is to pore over ingredient lists and other scientific studies to find out what we know about the chemicals that are in our products and what their exposure could mean.

“For sunscreen, the research that's been done has looked at how much titanium dioxide do you absorb through your skin when you put it on as a sunscreen,” she said. “And the data seems to [indicate] that not very much gets into your body. So people are like, ‘Okay, it's doing a good thing. It's protecting you from UV rays.'”

Consuming it orally appears to be a different story. Study after study has flagged concerns about the potential damaging effects of titanium dioxide on organs like the liver and kidney. And linked it to cancer and damage to the immune system when certain amounts were ingested over a period of time. “The other thing that we know [about titanium dioxide is] you don't wanna inhale it,” Scranton said. “We know from rat studies, rats that inhale it are getting lung cancer.”

Over the years, companies like Dunkin’ have announced they’re cutting ties with titanium dioxide (which used it for its powdered donuts). There’s even a lawsuit alleging that the candy company Mars, which makes Skittles, didn’t inform its customers about the potential ‘taste the rainbow’ dangers of titanium dioxide in its product. Meanwhile, other countries are cracking down on the coloring agent. After August 7, the EU is banning it. And they made that call after food safety officials said it could damage DNA, which could lead to cancer.

Given the mixed reviews on the substance, it's obvious why some are concerned about consuming it. But what does it mean for tampons, pads, and reproductive health overall?

To panic or not to panic about titanium dioxide in period products?

Experts’ resounding answer: We don’t have enough data. “There's just a lot of unknowns and I think it requires further investigation,” Dr. Olivia Dziadek, gynecologist with McGovern Medical School at UTHealth Houston, said. “I wouldn't raise the alarm. I would just be a very educated consumer, and I would be aware of what we're putting in our bodies. But, again, further study is needed.”

You might be racking your brain and thinking, ‘But what about all the studies you just mentioned.’ Science is complex. According to Dr. Aly Cohen, founder & medical director of The Smart Human LLC, all of these studies are different. Think: Many of them are animal studies. And performed in ways that account for different titanium dioxide levels and time of exposure.

“What we have now is some really interesting studies on titanium dioxide, showing that there's a disruption of the gut microbiome when you ingest it,” Dr. Cohen said. “What we need to think about is, if that's what can happen within the gut, there's a lot to be said for what can happen in the vaginal area.”

Meanwhile, Procter & Gamble, which carries the brands This Is L, Always, and Tampax, has been responding to concerns surrounding titanium dioxide in its products. A company spokesperson told theSkimm that the ingredient “represents much less than 0.1% of all ingredients used in a [P&G] tampon.” And said it’s been used safely for years.

“Our tampons are safe and all the ingredients that we use are rigorously tested to meet strict safety and government regulations around the world,” Erica Noble, spokesperson for Procter & Gamble, said.

In an email statement to theSkimm, the FDA said it “has not received any medical device reports related to titanium dioxide and menstrual products.” And added that it requires manufacturers to evaluate their period products’ safety in a number of ways. Including how tampons affect vaginal bacteria.

Still, people’s stories on social media have left many shaken. And it’s important to note that individual experiences are valid. But while many want to try and put two and two together, the bottom line is that there isn’t enough data to confirm the claims that titanium dioxide in tampons is causing the ovarian cysts and other issues people are describing. That brings us to…

The important lessons learned from #tiktoktaughtme

For many, the video has raised awareness about an important issue: The chemicals in our products. And the importance of questioning what we’re consuming on the daily.

It wasn’t that long ago (read: 2020) that a New York law requiring ingredients to be listed in period product packaging went into effect. It became the first state in the nation to do so. That’s huge, considering the FDA doesn’t require companies to list the individual ingredients in tampons and pads — since they’re considered medical devices.

“Certainly the laws and the regulatory issues are so paramount because that's how we got into this pickle to begin with,” Dr. Cohen said. And Scranton thinks that the more people read and learn about what they’re using, the more likely they’ll push for change.

It can be frustrating when you don't have a clear picture of the ingredients in your tampons, toothpaste, chewing gum, and everything in between. So what can you do to stay healthy and safe? Here's what the experts suggest...

TikTok is a powerful platform that’s influencing people’s lives — including their physical health. While experts agree more studies need to be done on titanium dioxide’s potential impact on reproductive health, one person's video is motivating millions of people to take control of their health — and question what they consume every day.