Who Is Debanhi Escobar? And Why Is Her Case Sparking Outrage? 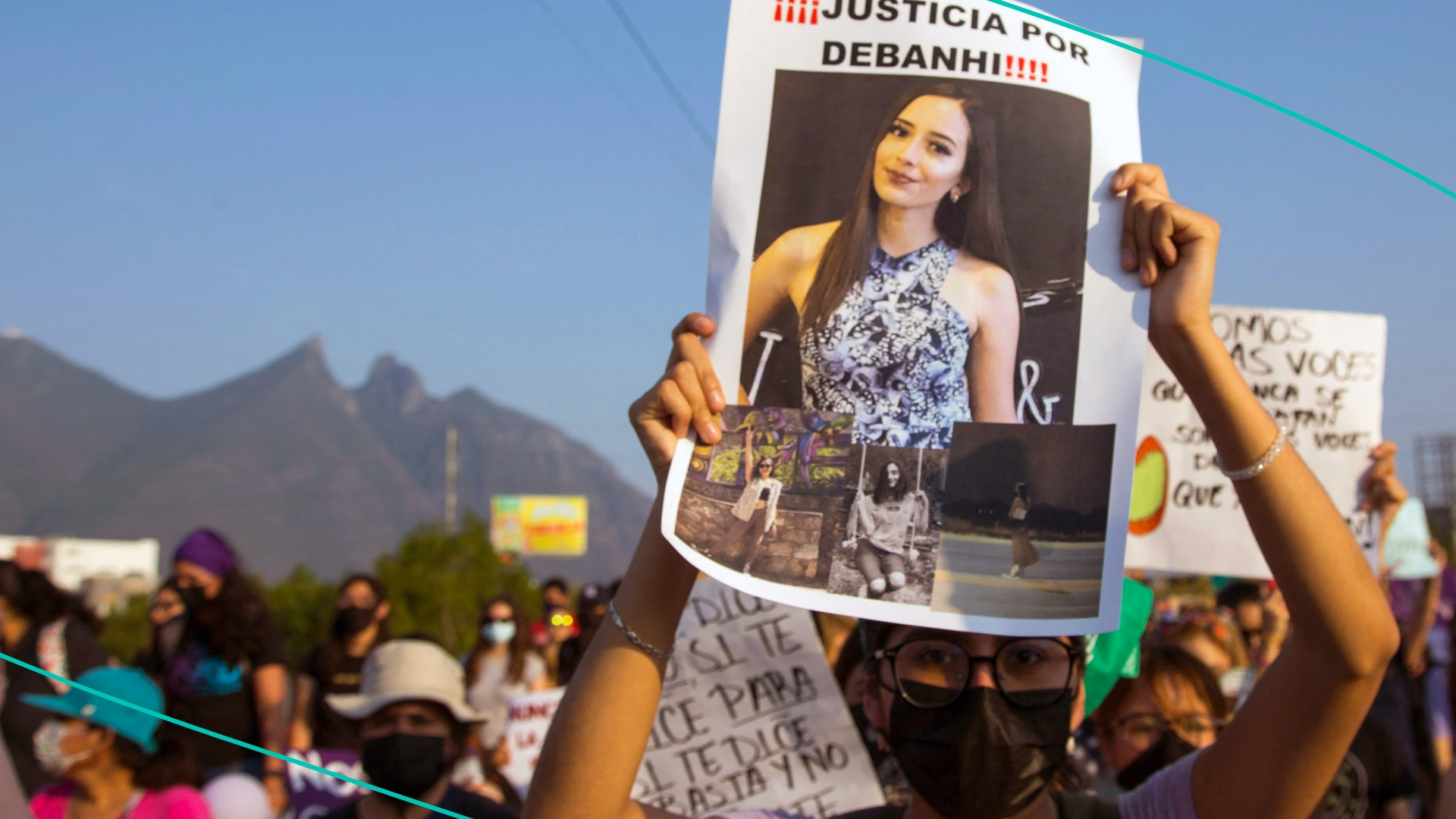 In Mexico, gov officials believe more than 24,000 women are missing. Their stories rarely make headlines or get the world’s attention. But that changed with one young woman’s recent disappearance and death.

On April 21, 18-year-old Debanhi Escobar’s body was found 13 days after she was last seen. A haunting image of her from the night of her disappearance went viral, bringing attention to her case. And helping to ignite protests across Mexico. Now, people are saying ‘enough’ and want justice for Escobar and the tens of thousands of women missing.

Here are the details on what happened to Escobar, how her case put a spotlight on Mexico’s growing gender violence, and Mexico’s response to the crisis.

What happened to Debanhi Escobar?

In the early hours of April 9, Escobar went missing after leaving a party on the outskirts of the city of Monterrey in northeastern Mexico. A taxi was supposed to take her home. But Escobar got out of the car. It’s unclear why, but her family believes the driver may have tried to touch her inappropriately. The driver, who denied those accusations, took a photo to show Escobar had gotten out of the car. In the photo, she appears alone in the dark on the side of a highway.

Nearly two weeks later, authorities found her body in an underground water tank at a motel. Authorities initially suggested her death was an accident. An autopsy found she died from a blow to the head. And an independent autopsy found Escobar was sexually assaulted and beaten. But police haven’t made any arrests yet. And are still investigating her case. There’s not a lot of confidence they can get the job done, considering…

This year alone, 1,600 women have reportedly gone missing in Mexico — already half the number reported missing in 2021. And more than 16 of those who went missing this year have been found dead. Including Yolanda Martínez, a 26-year-old who also disappeared in Monterrey this year.

Activists and security experts have pointed to Mexican authorities’ pattern of slow and ineffective investigations in these missing cases. And said officials tend to shame the victims or imply blame. Case in point: Escobar. Even though her body was eventually found, there were major flaws in the investigation, including:

Experts have also tied the increase in femicides — the murders of women and girls, typically because of their gender — to a rise in violence across Mexico. Including drug and sex trafficking. For context, an average of 10 women are murdered every day in the country. And in 2021, the country recorded 1,004 femicides. That’s more than double the number in 2015, when officials reportedly started recording these cases.

Time after time, the public has decried the rise in violence — especially against women — and the government’s slow reaction to it all. Often, families are the ones leading the fight in finding their missing loved ones. Now, women across Mexico have used Escobar’s death to take to the streets holding signs that read “Justice,” “No to Harassment,” and “Mexico is a mass grave.”

What’s Mexico doing about these disappearances?

Very little. In April — amid the search for Escobar — a UN committee released a report urging Mexico to take action. The report noted that only 2 to 6% of missing cases have been prosecuted as of November 2021. And said that little punishment for these crimes favors the “the reproduction and cover-up of enforced disappearances.” UN officials called on the country to “strengthen the search and investigation processes.” And to “implement a national policy to prevent” disappearances.

President Andrés Manuel López Obrador has reportedly said his gov would address the committee’s recommendations and vowed to support Escobar’s investigation. But for now, the families of thousands of missing persons are left without answers.

Mexico’s gender violence problem has been an ongoing issue for years. Now, many are using Debanhi Escobar’s case to demand justice for the thousands of women who’ve yet to be found.