The Novavax Vaccine Is Approved for Kids Over 12. Here’s What to Know 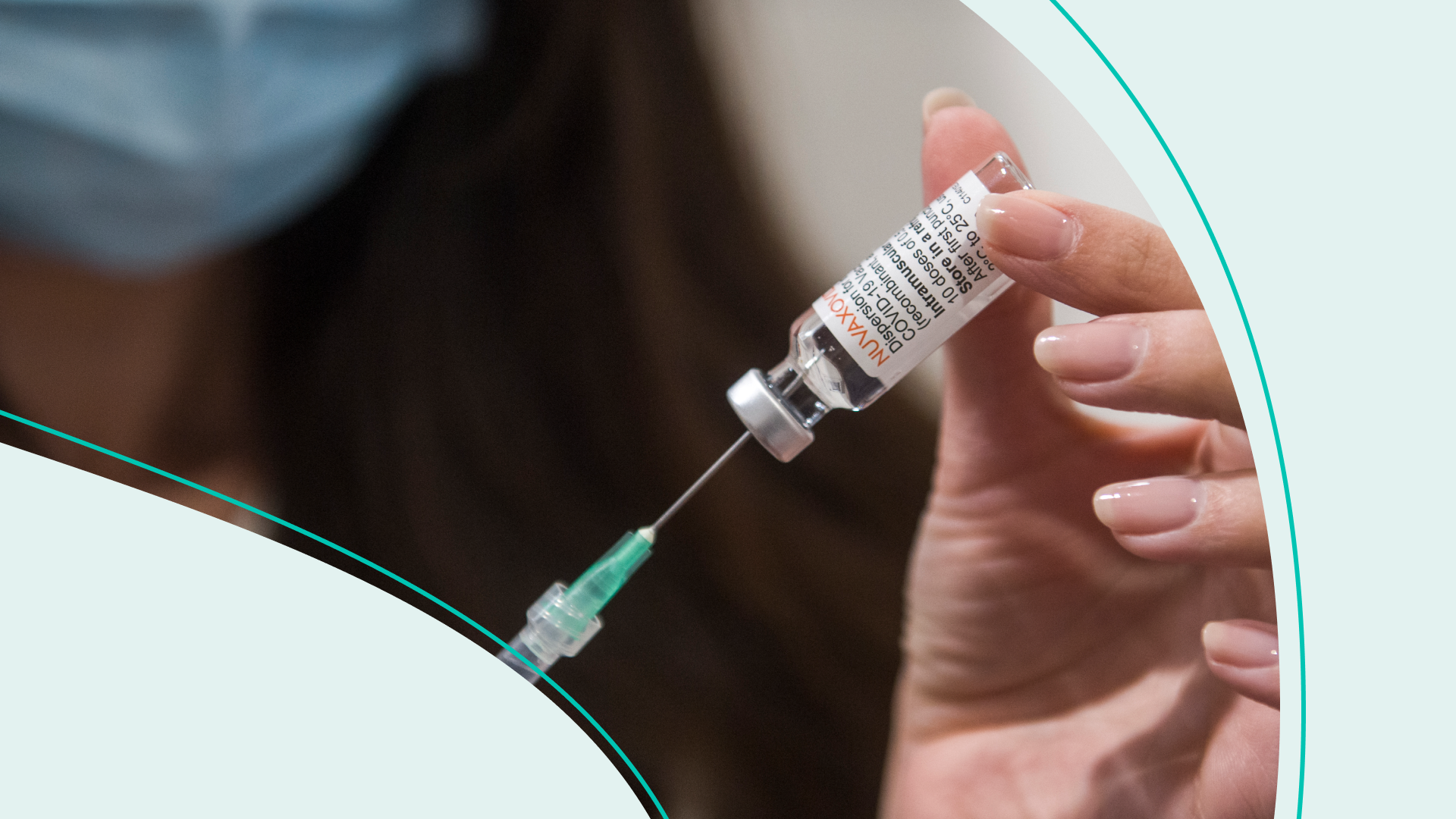 The CDC just recommended the Novavax vaccine for kids over 12 years old, and your first reaction may be, “Nova what?” We get it — it’s the new COVID-19 vaccine in town. But the type of vaccine itself is more familiar to you than you may realize. Unlike the OG COVID-19 vaccines, it’s a protein-based vaccine. To help explain what that means, we talked to Dr. Monica Gandhi, an infectious disease doctor and professor at the University of California, San Francisco.

What makes Novavax different from Moderna and Pfizer?

The Novavax vaccine uses traditional protein-based technology, which the US has used for decades for routine childhood vaccinations (think: HPV, diphtheria, pertussis, and tetanus).

Compare that with the Pfizer and Moderna vaccines, which use genetic material to show the body how to produce the spike protein internally so it can raise an immune response.

“That's really novel technology. We had not used mRNA vaccines in infectious diseases because there hadn’t been a pandemic since they were invented about 10 years ago,” said Dr. Gandhi.

How effective is the Novavax vaccine against COVID-19?

Very effective, according to Dr. Gandhi.

Dr. Gandhi said most of the data on the Novavax vaccine is from before the Omicron variant.The company said it’s working on an updated shot that specifically targets Omicron and its highly contagious subvariants.

Why is Novavax so late to the COVID-19 vaccine party?

It’s been in the works for two years, but manufacturing problems delayed the vaccine.

Dr. Gandhi said the FDA has also been slow to approve the shot.

“They were approved in Canada, Europe, and India way before us. I think it’s because of the success of the mRNA vaccines, but the FDA focused a lot on Pfizer and Moderna,” she said.

The company hopes to get authorization for boosters in adults. (Reminder: The CDC says everyone 5 and older should get a booster after completing their primary series, if eligible.) If approved, people could get boosted with the Novavax shot even if they had their primary series with Pfizer or Moderna.

Is Novavax safer than Moderna and Pfizer?

Dr. Gandhi said all of the approved COVID-19 vaccines are safe. But she did say that the Novavax shot, like Pfizer and Moderna, has a small risk of myocarditis (inflammation of the heart).

“It’s very rare. And it’s [found] more in boys than girls. It’s limiting, meaning it goes away. But no one’s done a direct comparison to see if it’s less than the mRNA vaccines,” she said.

The other possible Novavax vaccine side effects (mostly after the second dose) probably sound familiar: fever, chills, tiredness, and headache.

“There's been some fear about the genetic material [in the mRNA vaccines], even though it's safe. But some people have been waiting for a more traditional vaccine,” said Dr. Gandhi. “It may make parents want to use this one more [since] you’re giving your children a lot of protein-based vaccines. So this [new option] may help with the hesitancy in the younger populations in the US.”

Where can I get the Novavax vaccine?

You can search vaccines.gov to see who's giving out Novavax shots near you. Dr. Gandhi said the Novavax vaccine may be harder to find than the others because the US government hasn’t bought as many doses (3.2 million). The original $1.6 billion deal between Novavax and the Trump administration included 100 million doses, which were supposed to be available late 2020 or early 2021. But thanks to several delays, the shots weren’t available last year when the US needed big orders of vaccine doses.

Dr. Gandhi said you can also call your pharmacy and ask them to order the vaccine (but heads up — you may have to wait a bit).

You now have another choice when it comes to vaccinating your kids against COVID-19. The Novavax vaccine uses decades-old vaccine technology. And experts hope a more traditional shot will help reduce vaccine hesitancy. But the company still needs to get the green light for boosters and vaccines for kids 11 and under. Will it make a difference in the meantime? TBD.