Think Twice Before Posting Your Kids’ Photos Online, Here’s Why 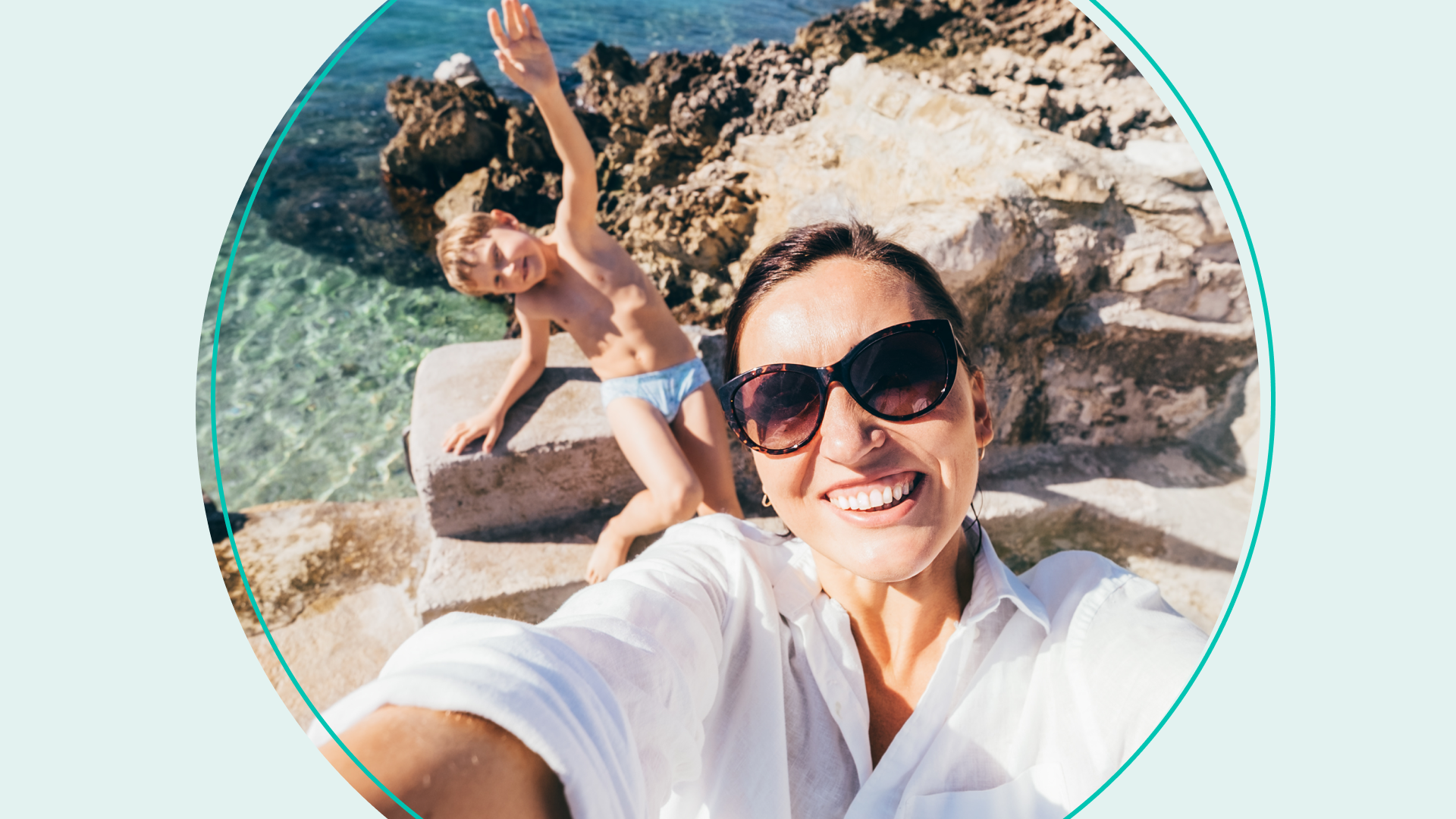 Model Emily Ratajkowski is getting some backlash after she posted a picture of her 1-year-old son naked in the bathtub with her. She has 29.5 million followers on Instagram. You can’t see his private parts in the photo, but many followers commented that an intimate photo like that was dangerous for the child (because it could end up in the hands of predators).

Millennial parents are known to overshare their kids on social media (there’s even a term for it — sharenting, looking at you). But not everyone needs to see photos of your family’s beach vacay, semi-clothed photos of your little ones and all.

Ratajkowski’s post had us wondering where the line is. What are the dangers of posting private pictures of our kids, even if they’re not fully naked? We brought our questions to Jasmine Hood Miller, the director of community content and engagement at Common Sense Media, and Devorah Heitner, PhD, author of Screenwise: Helping Kids Thrive (and Survive) in Their Digital World.

Are there risks if I post bathtime photos of my kids on social media?

Short answer: Yes. And it doesn’t only apply to bathtime or other private pics.

“One of the main risks is that once you post something online, you lose control over it. It's out in the world, and you can't really stop anyone from copying it, pasting it, downloading it, using it in some other way that you wouldn't intend or want,” said Hood Miller. “[You’re] putting that digital footprint out there for your kids. You as the parent lose control and then your kids lose that control, which they didn't sign up for to begin [with].

This summer, a 3-year-old’s TikTok account with more than 17 million followers sparked a debate about children’s privacy and safety online. The account is called Wren Eleanor, and posts are mostly of the little girl doing basic toddler stuff — playing with toys, showing off cute outfits, and trying new foods (her mom runs the account). But some followers started calling out that videos of her eating pickles or hotdogs, or pretending to shave pubic areas (she was mimicking her mom) were being saved tens of thousands of times (and even hundreds of thousands of times). It had people wondering, “Who in the world is saving these videos to watch again later? And more importantly, why?” Others started pointing out inappropriate comments on some posts using hashtags like #savewren.

“Most of us don't sexualize babies and toddlers and young children. Is it sweet and innocent to have a picture of your child in the bath? Of course, it doesn’t mean that you did anything wrong. It's just that we live in a world where something can be repurposed and that's why I think people should think twice,” said Dr. Heitner.

As Hood Miller put it, “These are the things we have to consider in an online world where there are dangers and predators.”

But my profile is private… doesn’t that make it safer to post bathtime pictures of my kid?

Maybe. It’s lower risk than a public profile, but the risk is still there.

“Having your privacy settings and a smaller number of followers certainly reduces the likelihood [that something bad will happen], but I can't tell you it’s 100% for sure because it really only takes one person on that list of 20 [followers] leaving their account open on their desktop at work, and then maybe someone else comes in later to use it and screenshots it and uploads it to [an inappropriate] site,” said Dr. Heitner.

Do I need to stop posting all pictures of my kid on social media?

Not at all. And you’re not a bad mom for wanting to share pictures of your kid (that’s why we bought that extra phone storage, right?) But the reality is there are risks, and you have to make a conscious decision about if and how you share those pics.

Pro tip: If you’re feeling sharer’s remorse, you can always go back and delete old photos on your profiles. Another option is to archive photos, which keeps them on the platform but only visible to you.

The point is to think before you post. And that includes thinking of your children’s feelings.

“One day your preschooler is gonna grow up and they just might not want pictures of their bathtime online for their friends to find. It's also [about] consent and respecting your children too,” said Hood Miller.

If your kids are old enough, talk to them about what’s OK to post. “I think it's really important that we ask kid’s permission. But even before they're old enough to ask permission, like babies and toddlers and preschoolers, we [should] imagine them as a self-conscious 12 or 13-year-old, that we imagine them as a 23-year-old with a dating profile. And someone might search their name thinking about going on a first date or hiring them and that that's gonna be part of their digital footprint,” said Dr. Heitner.

Do privacy laws protect children when photos are posted of them on social media?

But posts from parents can have unforeseen consequences (think: exposing them to facial recognition tracking or identity theft).

“We wouldn't let [our kids] play in the middle of the street. We have to navigate that space for them, create safe boundaries and safeguards for them. And so the same way we wouldn't put them in open traffic, we can't just put them in the open internet and have their information, their image, and those things out there,” said Hood Miller.

How can I share pictures of my kids safely?

Common Sense Media and Dr. Heitner have several precautions you can take to try to minimize potential risks:

Psst: Tell grandparents, aunts, and friends if you don’t want them posting pictures of your kid on their profiles either.

Many of us see our babies (yes, our 8-year-old is still our baby) as an extension of ourselves. We want to share adorable, happy moments with our family and friends — and most sharing of our lives is happening online these days. The motives are innocent, but posting private pictures of your child on social media opens up possibilities for misuse. So before posting that adorable shot of your kid in the bathtub, ask yourself ‘Is it worth it?’