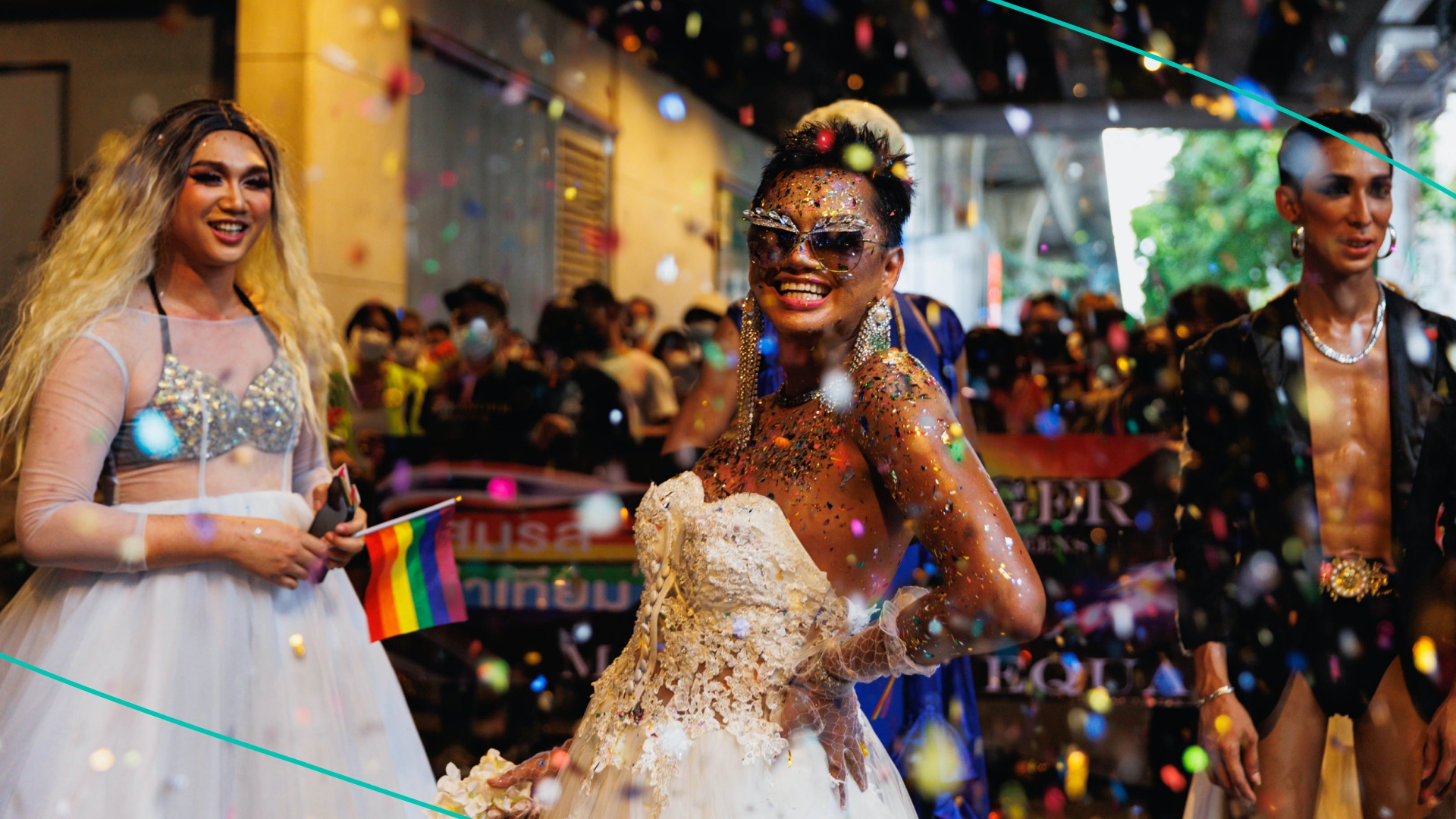 Editor’s Note: This article has been updated to reflect Pride 2022.

For years, June has been celebrated as Pride Month to honor the Stonewall riots. On June 28, 1969, police raided the Stonewall Inn — a popular gay bar in NYC. But customers fought back, leading to days of riots. The uprising was a major turning point for the modern gay rights movement. And a year later, the US’s first gay pride parade went down in NYC.

Over the years, pride parades and celebrations have been happening around the country and world, from Chicago and San Fran to London to Sydney. And after two years of COVID-related disruptions, celebrations are back in full force. And there are plenty of ways you can get involved. Starting with…

Go all out at a pride parade

Festivals and parades are popping off across the US. Like…

For more bashes going on around the 50 states, click here. Or search, “pride parades near me 2022.”

This group is using their platforms to raise awareness about important issues affecting the LGBTQ+ community. While also creating a safe space to uplift the atmosphere for all.

With a casual 1 million followers on Instagram, Alok Vaid-Menon is making waves. The gender-nonconforming artist, author, speaker, and comedian stays busy, to say the least. From going on comedy tours and doing brand deals, to inspiring his followers to “degender fashion.” Give them a like and follow on Instagram or TikTok.

With nearly 500,000 followers on Instagram, Blair Imani is making a splash as a writer, mental health advocate, and historian. The Black bisexual Muslim woman went viral for her “Smarter in Seconds” Instagram videos — where she quickly breaks down important, complicated topics. Like consent, cultural appropriation, and gender expression. Give her a follow on Instagram or TikTok. And check out Imani’s Skimm Her Life interview to learn about her fave LGBTQ+ orgs, books, self-care products, and more.

Who do more than 4 million TikTokers love? Dylan Mulvaney — a trans actress, comedian, and content creator. She’s been documenting her journey since coming out as a transgender woman. Fans have watched Dylan try on women’s bathing suits, get her hair done, buy tampons, and more. Follow her on TikTok and Instagram. And check out theSkimm’s exclusive interview with her here.

A self-proclaimed “trans Indigenous mutant,” Pınar Sinopoulos-Lloyd brings their love for nature to their tens of thousands of Insta followers. They co-founded Queer Nature, a trans-run, nature-based education org for the LGBTQ+ community. They teach survival skills and outdoor resilience training. But they share even more general advice on social media. Like how they handle burnout, and what it’s like to be neurodivergent. Follow them on Instagram.

The queer Black TikTok creator is a fan fave, with more than 133,000 followers. She uses her platform to educate viewers on a range of topics: from anti-racism and LGBTQ+ rights, to boundary-setting and being comfortable with feeling uncomfortable. Check her out on TikTok and Instagram.

Other ways to support the LGBTQ+ community this month and beyond…

June is an exciting time to celebrate the LGBTQ+ community. But that doesn’t end on June 30. It’s important to keep the momentum going all year long. Here are some ways to do that:

After two years of scaled-back pride events, everyone is ready to get back to the usual festivities and celebrations. Remember though, Pride goes beyond June’s 30 days. And anyone could celebrate, share their story, or extend their allyship 365 days of the year.