How Marijuana Could Impact Your Health 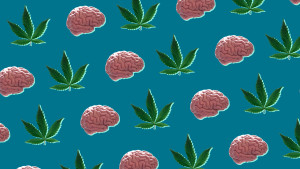 Pot. Weed. Mary Jane. Marijuana. This drug goes by many names and serves many needs — including medical ones — but its health impacts are hazy.

I smell weed in the park, but how common is it these days?

Very. Marijuana is one of the most commonly used drugs in the US, with approximately 22.2 million users each month. Recreational use has been legalized in 19 states, plus Washington, DC and Guam. It’s also been approved for medical use in 37 states. About half of adult Americans have tried marijuana at least once in their lives and about two-thirds of Americans say that marijuana use should be legal. It’s been a longgg road from vilified drug to an accepted norm and now a medical treatment.

Marijuana has long been stigmatized in the US - for more than a century. Around the time that Prohibition was repealed in the 1930s, teetotaling lawmakers turned their attention towards pot. At the time, it was associated with Mexican-American communities, whose populations had grown during a wave of immigration following the 1910 Mexican Revolution. This, coupled with the fear of immigrants taking American jobs during the Great Depression, prompted a wave of marijuana crackdowns. And in 1937, the federal gov passed an act that effectively criminalized the drug. Fast forward to today, and it’s been decriminalized in multiple states. Still, marijuana-related arrests disproportionately affect people of color. According to the ACLU, Black people in the US are nearly four times as likely as white people to be arrested for possession, even though usage rates are similar. Its perception is influenced by the drug’s history in this country, politics, and Hollywood.

What should I know about its effects on my health?

First, there's a lot we don’t know. Researchers are *shrugging emoji* on the full effects of marijuana on the body and brain (especially the still-developing brain. Think: teenagers). That’s partially because restrictive policies at the federal and state levels have limited research in the US.

Here’s what we do know so far about how marijuana impacts our bodies...

Marijuana’s been decriminalized in more than half of US states for a reason. The drug can positively impact people with conditions like…

It’s not all pain relief and snack cravings. Here are some negative side effects of marijuana use…

Marijuana legalization has caught on in the past few years, but the health effects of the drug are largely up for debate. More research needs to be done to fully understand its long term impact on the brain and body — and to clarify if and when there’s a case for lighting up.