Can You Get Your Period While Pregnant? 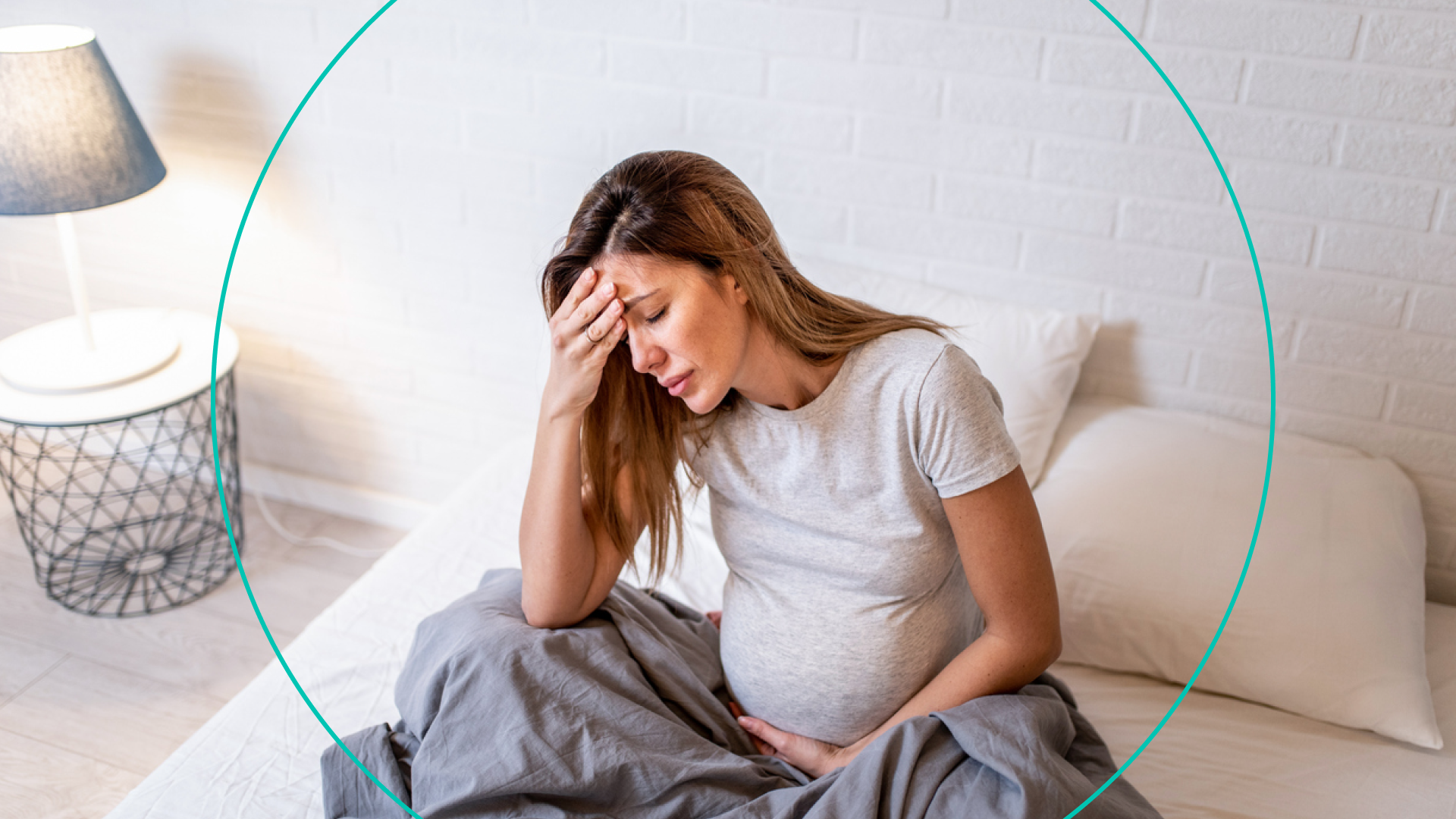 Along with your new bundle of joy, pregnancy has another fun thing to look forward to - not having to worry about getting your period each month until after the baby comes. But you could still experience light bleeding while pregnant. We spoke with Dr. Steve Rad, MD, FACOG of Los Angeles Fetal and Maternal Care Center and professor, holistic health practitioner, and researcher Dr. Debra Rose Wilson, Ph.D., MSN, R.N., IBCLC, AHN-BC, CHT to learn about what's considered "normal" when it comes to bleeding during pregnancy — and when it could be something more serious.

Can I be pregnant and still have a period?

Short answer: No, you can’t.

“It’s not possible for someone who’s pregnant to still have a period...Simply, because you’re pregnant and you wouldn’t be undergoing menstruation,” said Dr. Rad. “If you have bleeding in pregnancy, it’s due to something else – not your regular period.”

But you could have period-like symptoms during pregnancy aside from bleeding.

“You can have cramping and groin pain during pregnancy, which might be similar to a period,” said Dr. Rad. "Such pain usually occurs in the first trimester, and is light and temporary — lasting seconds, not more than one hour.”

The pain in the groin, on both lower sides, is known as round ligament pain. “The pain begins to subside once the second trimester starts, which is after 14 weeks,” said Dr. Rad. “If pain is severe or not going away (or associated with bleeding, leakage of fluid, or discharge), then I would be concerned regarding miscarriage or another complication and would seek medical care with your doctor.”

So if it’s not my period, then why am I bleeding during my pregnancy?

You could be experiencing vaginal spotting (think: a few drops of blood every once in a while) in the first trimester, which is normal. But be sure to let your medical provider know if this happens, the same way you keep them updated with the rest of your pregnancy journey.

“Spotting is the size of a quarter…Bleeding is more and continues to come out. It might be bright red blood or it might be older looking darker red blood,” said Dr. Wilson. “If you have vaginal bleeding, see your doctor. If you have vaginal spotting, let your doctor know and let them decide if you need to be seen or not, depending on your history.”

Beyond spotting, any heavier bleeding (think: where you’d need a pad or liner to control it) in the first trimester can be caused by situations like hormone changes (due to the placenta developing enough hormones to sustain the pregnancy) or having sex (can bleed because of cervical irritation), which aren’t seen as serious issues.

“Bleeding in pregnancy may be dark brown discharge, spotting light pink, or heavy and bright red similar to or more than a period,” said Dr. Rad. “If there’s bleeding in pregnancy, then I would be concerned for pregnancy-related causes of bleeding, and I would take this seriously and recommend further evaluation.”

When should I worry about bleeding during my pregnancy?

That depends on where you are in your pregnancy.

During the first trimester:

“Normal spotting can be no problem…It’s common when the egg implants,” Dr. Wilson said. However, vaginal bleeding during the first trimester can be a potential issue. “…It can be a miscarriage, ectopic pregnancy (the fertilized egg’s stuck in the fallopian tube, which can end the pregnancy and is dangerous for mom, too), an infection, or some rare condition where the pregnancy might be lost regardless.”

Fortunately, however, Dr. Rad said that many pregnant women who experience bleeding in the first trimester end up being okay. It affects up to one in four pregnancies. “So take it seriously and be safe, but stay positive as possible.”

After the first trimester:

“Some small amounts of bleeding might be common after intercourse or after you have your cervix checked by your midwife or doctor,” said Dr. Wilson. But bleeding could also be a sign of something more serious according to Dr. Wilson, such as:

What should I do if I’m experiencing bleeding during pregnancy?

“Always call your doctor right away and seek urgent or emergency evaluation and treatment,” Dr. Rad advised. “For me, any type or amount of bleeding in pregnancy is NOT okay. Whether the bleeding is brown, light spotting, or heavy — and whether or not there’s pain — I recommend all my patients get immediately evaluated.”

“Bleeding can be a warning sign of something bad impending, and you should take the opportunity to prevent something bad from happening to the mother and/or fetus,” said Dr. Rad.